The UN-Potato - Cauliflower Puree with Greek Yogurt and Chives

Cauliflower tends to be one of those strange vegetables that gets overlooked.  I myself ignore it many times simply because of it's size.  Oh, I see bits and pieces packaged neatly in the grocery store for sale, but they really should be avoided.  The problem is, that once a cauliflower head has been cut up, it begins to degrade rather quickly through oxidation.  Oxidation = Nasty bitter brown cauliflower.   YUCK!  Thus is is that when cooking cauliflower one should always cook an entire intact head.  Which is where the matter of size comes into the picture.  Let's face it, an entire head of cauliflower is a rather large dinner time prospect for a family of less than 6.

But there are times when I must throw caution to the wind and embrace my love of cauliflower, for it must be satiated.  This is one such time.  Just look at that pristine, snow white goodness! 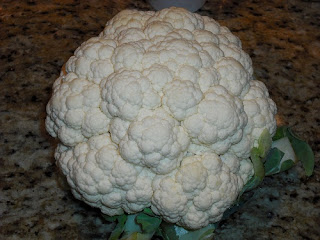 There is a very important consideration to take into account when cooking cauliflower.  Sulfur compounds.  Being a member of the cruciferous family, cauliflower is high in phytonutrients.  In cauliflower's case, some of these break down during the cooking process and form phenylthiocarbamide.  (The particular sulfur compound responsible for the smell" as well as the bitterness that some people taste when eating it.)  I do not taste this bitterness myself, since I am not genetically sensitive to PTC (the same sort condition that causes some to smell" the after effects of Asparagus... It's in the genes)  However, though I cannot "taste" the PTC, I can sure smell it when it's cooking.

This chemical is responsible for another strange phenomenon.  Discoloration.  Thus, one should NEVER cook cauliflower in an Aluminum or Iron pot/pan.  Aluminum react with the PTC and turns cauliflower yellowy brown, while Iron turns cauliflower a sort of sickly bluish-greeny brown.  Totally unappetizing.

One of the cures to reduce the sulfur output is to soak the cauliflower in salt water for 30 minutes before cooking.  This leaches out some, but not all of phytochemicals responsible. In my experience, this seems to work fairly well.  Also, if you are boiling your cauliflower, add 1 cup of milk to the water.  The calcium reduced the sulfur output and sweetens to cauliflower.  If steaming, throw in some walnut shells.  Odd as it sounds, walnut shells absorb sulfur.  (doesn't kitchen science rock?)

Back in the day... Can I say that?  The Atkins diet was UBER popular, maybe it still is, but I don't know anyone who is currently on it.  So as I was saying... back in the day (8 years ago) there were about 5 people in my office who were religiously following their ketone levels while on the Atkins diet.  For those who don't know, the Atkins diet means death to carbs.  As a pasta lover I find this to be EXTREMELY disconcerting, but that is beside the point.  So while discussing with one of the dieters what they did when they craved mashed potatoes they gave me a recipe for mashed cauliflower.  I tried it, just out of curiosity, and it was all soupy and gross.  Mainly because it called for steamed or boiled cauliflower.  Which made it WAY too watery and thus created a mass of goo when I ran it through the food processor with the cream cheese.

Now that I am older and wiser, I have come to understand that I should have "roasted" the Cauliflower.  This method produces a much drier curd, thus giving the finished dish more body.  That being said, you can use Greek Yogurt instead of cream cheese and drop the calorie count a little bit.  Add a few chives and you have a very delicious sour cream and chive-esque replacement for mashed potatoes....  even if you aren't on the Atkins diet.  ;) 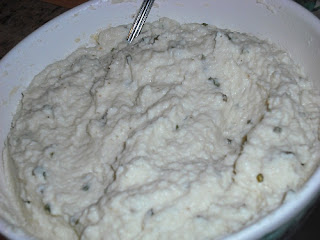 Fill a large pot with cold water and add 2-3 TB of Kosher salt and begin removing the leaves from the underside of the cauliflower.... 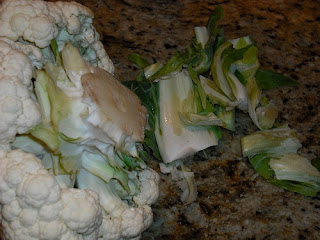 Plunge the cauliflower head (aka: "curd") into the salted water and allow to soak for 30 minutes. 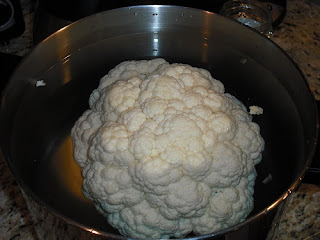 Remove to a plate and allow to drain for about 15 minutes. 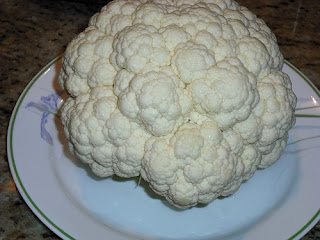 Meanwhile, rub down a ceramic, glass or Corningware dish with olive oil.  (No metal - though Stainless would probably be OK) and begin preheating the oven to 450 degrees. 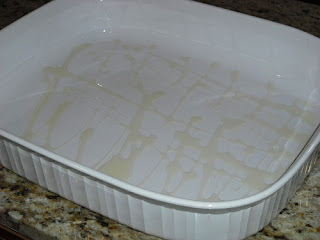 Cut the curds from the stem and place them in the baking dish. 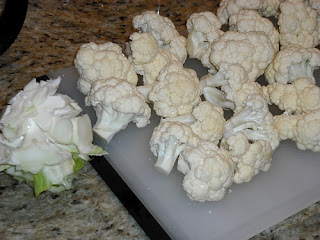 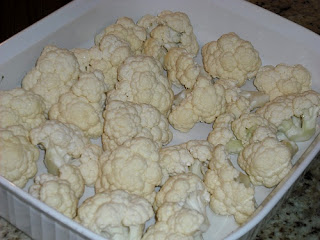 Drizzle with more Olive oil and season with Kosher Salt. 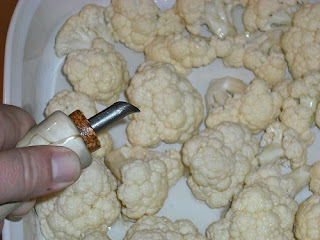 Cover with Aluminum foil (make sure it's not touching any of the curd pieces or they will discolor) and bake for 20 minutes. 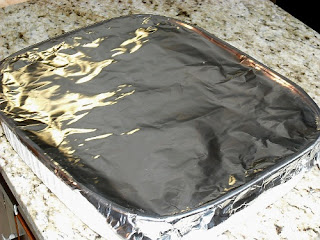 Remove foil and bake an additional 15 - 20 minutes or until tender. (It almost seems a shame to process them up) 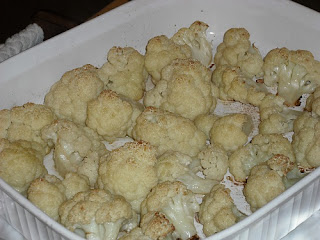 Remove the baking dish from the oven and scoop the curds into a food processor or a food mill. 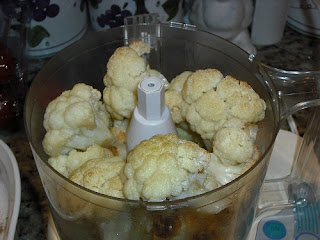 Process or mill until smooth, then add the Greek Yogurt and process to combine. 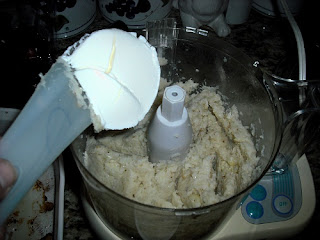 Season with White Pepper and as many Chives as you want.  :) 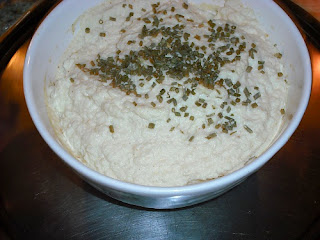 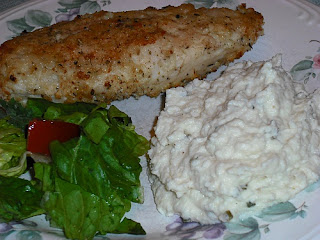