One year, when I was but a young pup, we discovered that our Christmas Tree Balls were broken while being stored in the shed (undoubtedly due to the wind storm that took half the roof off).  I think the Wind Storm was the year after the 8 ft snow fall, which would put it 2 years after the Ice Storm of '77.  So, yeah, the Wind Storm of '79.

Hey, I lived in the Columbia Gorge...  We have ourselves some extreme weather, and every Corbett-onian will tell you that 70 mile an hour winds at Crown Point are not an uncommon event during the winter months.

Anyway, my original point was that East wind busted our balls.  (no snickering, please)  So, mom got her "create on".  I think that was the first year that we made the cinnamon ornaments that I mentioned a couple posts back.  But while the cinnamon dough makes great "gingerbread men" it doesn't really make good balls. Her final answer to this spherical dilemma....?

For once they are wrapped in cellophane and tied with string, they made perfect Christmas Tree balls.  I suppose we could have dyed them different colors, but then again, mom was against that kind of "chemical poisoning" when we were growing up.  A wise woman indeed.  Besides, when they remain white, it just looks like the gingerbread men are having a snowball fight on your tree.  :)

If you are really chaffing for color though, and have an aversion to artificial colorants, you can attempt to find Reynolds colored plastic wrap (usually in red and green), or use cellophane wrapping from a craft store.

These are the same idea as Rice Krispie treats.  Marshmallows, Salt and Butter all melted into a syrupy goo that is then dumped over copious amounts of popped Popcorn.  The only real difference is all the extra butter you will need to keep your hands well lubricated to form the balls. (yes, I realize how that sounds) 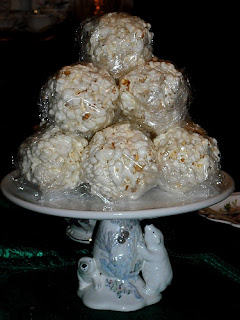 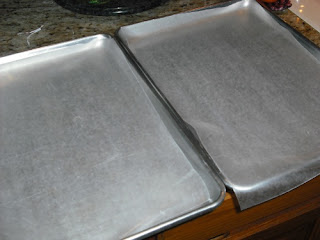 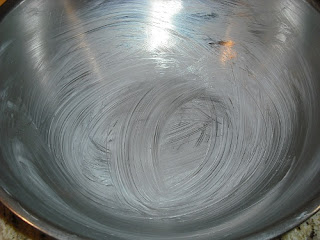 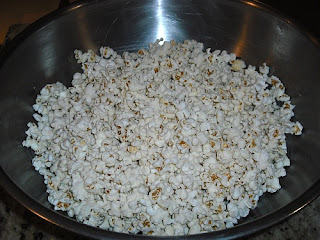 Melt Butter and Salt in a saucepan. 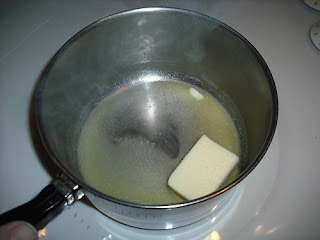 Add 1/2 of the Marshmallows and stir until they melt. 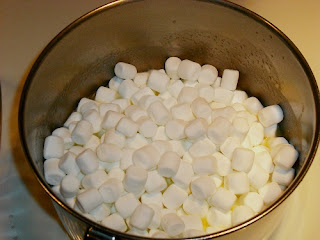 Add the remaining Marshmallows and stir until they melt to become a rich marshmallow creme. 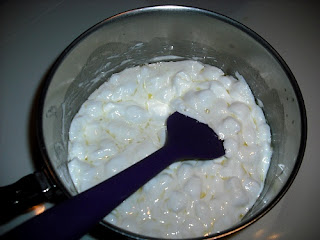 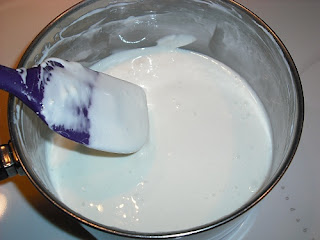 Drizzle the marshmallow creme mixture over the popcorn. 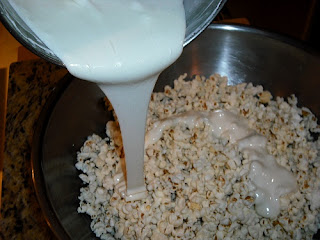 Stir with a buttered wooden spoon or a silicon spatula until all the popcorn is coated. 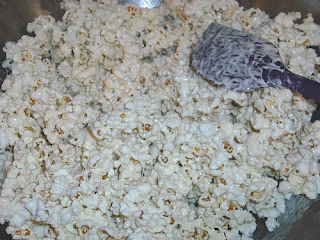 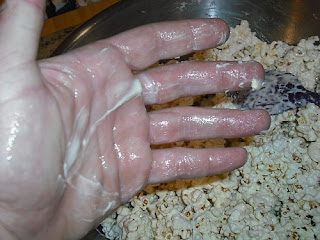 Scoop up a palm full of the popcorn mixture, 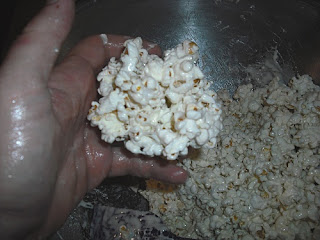 and press into a ball. (I used 2 hands to form the balls, but I had to hold the camera) 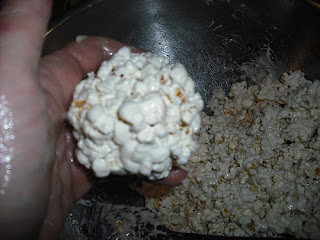 Place on waxed paper to set. (this takes about 2 hours for them to completely set up) 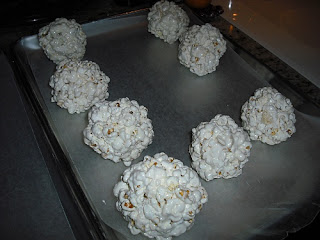 If the popcorn mix begins to stick to your hands... butter your hands again.
Wrap in plastic wrap (colored if you can find it), or cellophane and tie with a ribbon. 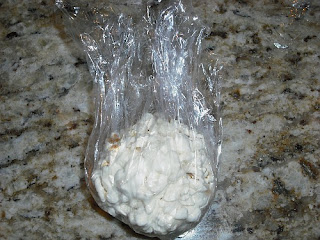 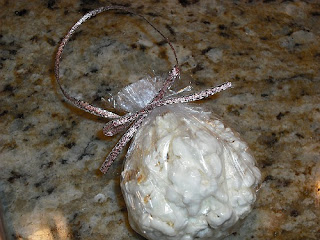 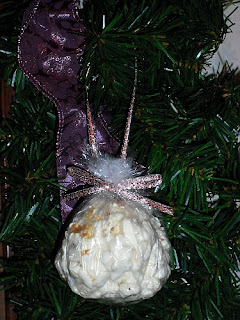 Or simply stack on a cake plate to form a wintery centerpiece...

We used to string popcorn but I don't remember making popcorn balls. They sure do look and sound good though.

Hey, I lived in The Dalles for 18 years :) Nothing like the CRG, I love it!
And thanks for the popcorn ball tutorial, looks great!