I made a mistake...  This is what I get for trying to be a Christmas elf.  You would think it would not be a problem filling the shoes of a holiday sprite; it's not like their shoes are particularly large or anything.  But sometimes things just get lost in translation.  This would be a perfect example.

Earlier I spoke of my grandmother's favorite molasses cookie.  Well, I had her recipe and I made them for her. The only problem was, it was the wrong molasses cookie.  (or so I was informed after the fact) It's a semantics issue.  You see, I made Grandma's delicious Molasses Cookies, but afterwards I found out that her favorite cookie is the "Other" Molasses cookie (for which I also have the recipe).  LOL

This started an entire debate on what constitutes a MOLASSES cookie.  Is it the amount of molasses?  Is it the way they are baked?  Is it the mixture of spices, if any?

Case in point. Gingerbread cookies have a significant amount of molasses and spices in them, with Ginger being a primary factor in the flavor.  Yet we call it a Gingerbread Cookie and not a "molasses cookie shaped like a man".  Granted, that would take a heck of a lot longer to say, but I think you see my point.    After reading the recipe, I suggested they would be better named Ginger Krinkles, or maybe "Gingered" Molasses.

Alas, my name change suggestions were cast aside.  So I guess my family makes 2 kinds of Molasses cookies.  One strongly flavored with Molasses and Cinnamon with a chewy interior and a crystalline Demerara Sugar crunch, and the other; softer in texture and spiced with Ginger and Orange peel coated in sparkling Granulated Sugar.

To save everyone else any such misfortune as to make the wrong cookies and thus having to consume them by themselves.  (I know; bummer, huh?)   I am referring to these my one of the names I suggested.   :)   In case your wondering, I did have time to rectify the mistaken cookies before being delivered to Grandma. She has absolutely no idea I made the wrong cookies. That is, until she reads this post.  LOL 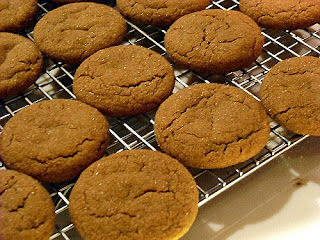 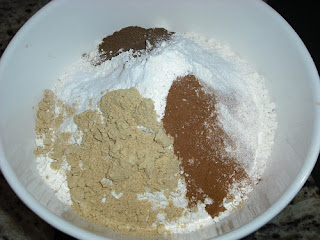 Beat Butter and Brown Sugar in the bowl of your mixer, until fluffy. 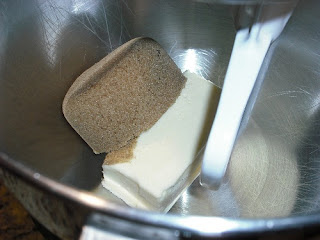 Add the Egg and whip until emulsified. 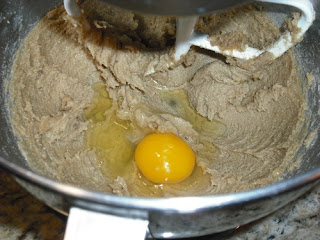 Slowly add the Molasses and beat until well combined. 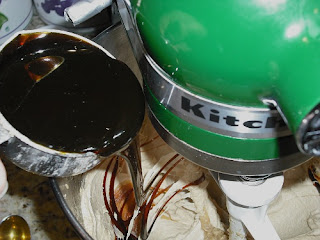 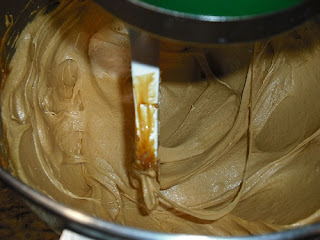 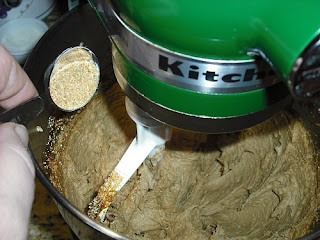 Reduce the speed of the mixer and slowly add the Flour, about 1/2 cup at a time. 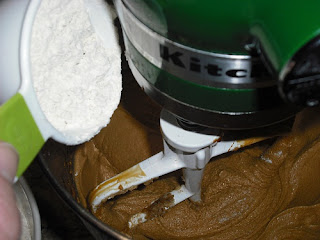 Once the dough comes together it will be stiff, but slightly sticky. 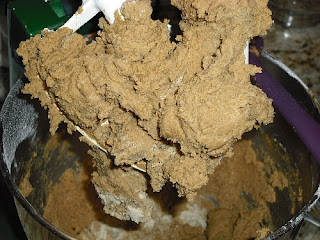 Move to a surface and give it a little kneed to ensure all the ingredients are well blended, then toss it back in the work bowl. 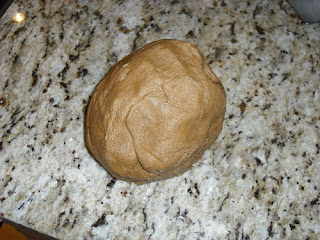 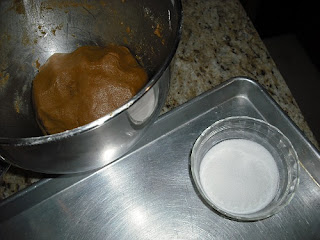 Scoop out 1 TB sized chunks of dough, roll into balls and roll in the Granulated Sugar. 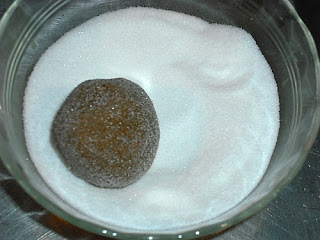 Place on an unlined baking sheet about 1 inch apart. 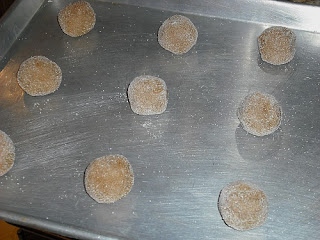 Bake for 10 minutes (no longer than that, unless you made them bigger) until nice and puffed up. 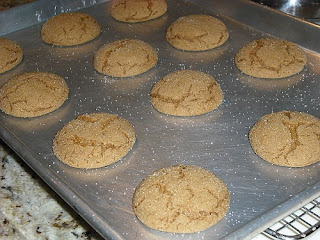 Let rest on baking sheet for 5 minutes before moving them to a cooling rack. (They will flatten and krinkle while cooling) 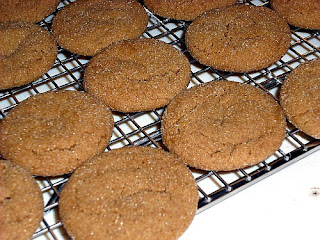 Use an eye dropper to put a drop or two of water on each rolled cookie just before baking to get a lovely crinkled look.