Nothing says the holidays quite like Walnuts.  They lend crunch to Fruit Cake and Brownies, speckle Divinity and Fudge and flavor Baklava and Nut Rolls.  In fact, it should be illegal to have Christmas without Walnuts.

Historically, at least in the United States, we have had a choice between the mild transplanted "English" Walnut (which are really Persian) and the stronger flavored "native to the US" variety known as the "Black" Walnut.  But no more, for California has done it again.  They have successfully begun producing RED Walnuts. 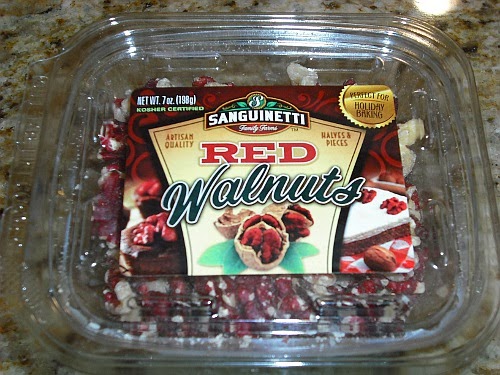 Don't freak out, it's not a GMO, nor is it a gimmicky artificially colored food product.  The interior husk REALLY is Red.  From the outside, you would not be able to tell the difference between the standard English/California/Mission/Persian Walnut and the new Red Walnut (which is either a Livermore or a Yolo) developed at UC Davis by grafting a Persian red skinned variety to the more common English (insert litany of AKAs here) Walnut. 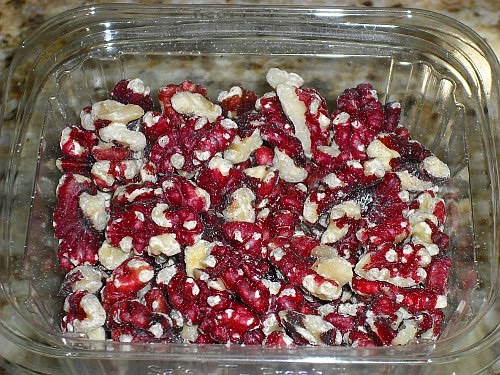 Unlike "English" Walnuts, which take 2-3 years to begin producing, these red varieties can take as long as 8 before producing a significant crop.  Thus, those that were planted over a decade ago are now beginning to bear "fruit" as it were. 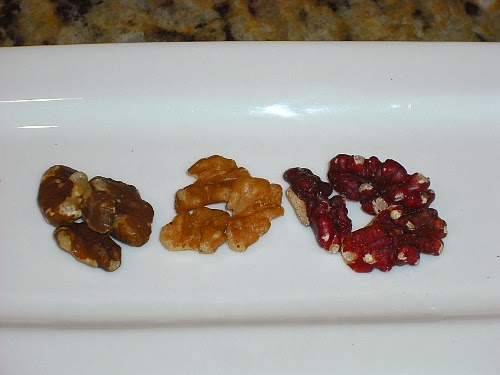 The harvest is still low, when compared to the massive quantities of English Walnuts produced by California. Heck, very low when compared to the copious amounts of nuts that are produced by California in general.  Texas, New Mexico and Georgia have their Pecans.  While Oregon and, to a lesser extent, Washington have their Hazelnuts.  Even though Hawaii is the land of the Macadamia nut.  It is California's harvest of Walnuts, Pistachios and Almonds along with a few Pecans, Macadamias and Hazelnuts as well, which culminates into 90% of the United States yearly nut crop.

Which only proves that California is seriously full of nuts.  I'm just sayin'

So what do "Red" Walnuts taste like?  To me, they taste more "nutty", almost like they have already been lightly toasted.  Here is the interesting thing though, they are lacking in that bitter tannic bite that English (AKA litany) and Black Walnuts have.  Thus, I think the "nut" flavor is more pronounced simply because they aren't as bitter as common Walnuts.

I chose to use the few I was able to procure in a batch of Divinity.  I have covered Divinity several times before, both Lavender and with Black Walnuts, so I am not going to run through the procedure again in this post.

I am, however, going to show off my vintage Betty Furness "Westinghouse" thermometer set.  (I wonder if she's fictitious like Betty Crocker) 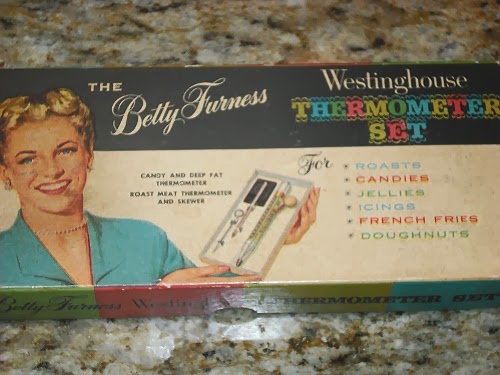 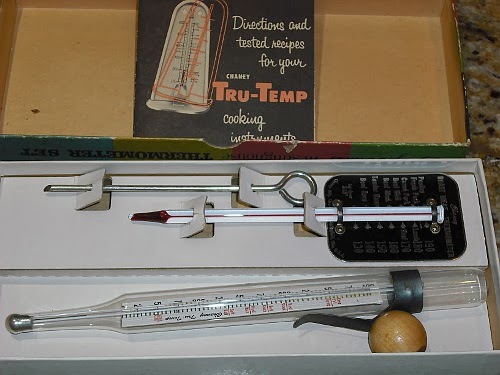 And show a picture of the addition of chopped Red Walnuts to the Candy mixture... Exciting, huh? 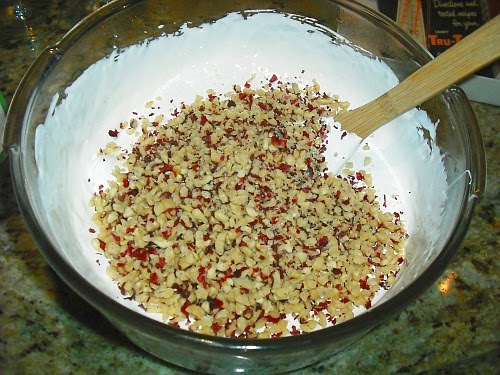 To be honest, though I was happy with the end result, I think I should have left my Red Walnuts in larger chunks.  They really didn't show up in the finished Divinity, which kind of bummed me out.  (and why I posted the picture of me adding them to the candy batch --  they really are in there)

I was hoping for a nice punch of red within the pristine whiteness of the candy. (sigh) Oh well.

The flavor was delicious and that is really the important thing. 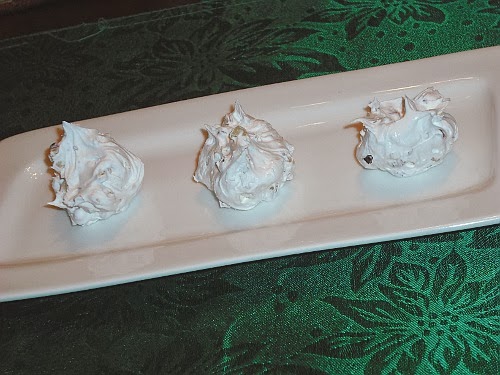 So check them out and give them a try.