It's been a while, I know.   But I am back in the saddle momentarily; primarily because I cannot resist a good challenge.  Especially if it involves Mushrooms.  I'm just sayin'.

Thus, I am taking on the latest Marx Foods Challenge, which involves creating a soup utilizing dried Mushrooms.  (Shrooms for Soup)  This could not have been a more timely challenge.  I am totally in soup mode.  It's an Autumnal favorite of mine, in all it's permutations.  OK, disclaimer time....  (you knew it was coming)  All opinions stated here are my own and no funds have been exchanged between Marx Food's and myself.....   blah blah blah blah.... OK enough of that... 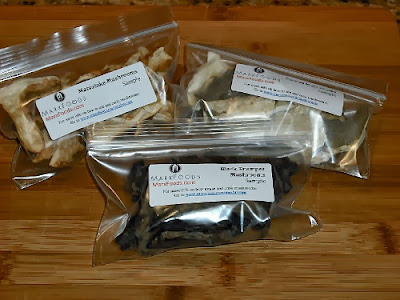 The selection from Marx Foods included Porcini (Bolete), Matsutake (Pine Mushroom) and Black Trumpets (Horn of Plenty, Black Chanterelles, Poor Man's Truffle, or Trumpet of the Dead).  Not your run of the mill mushrooms, that's for sure. 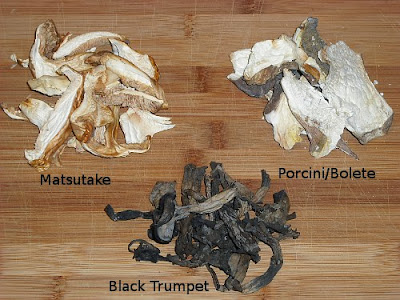 I am also positive that, if you have been following this blog for any length of time, the litany of AKA's for the Black Trumpet was a dead giveaway as to which one I chose to grace my soup recipe. 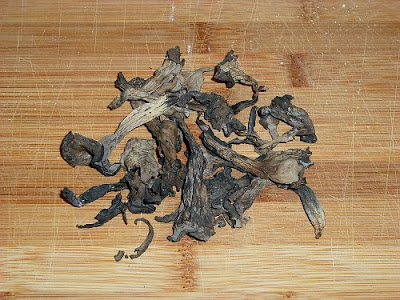 Considering the flavor of Black Trumpets, being buttery, nutty and slightly smoky, I felt they would be the perfect with Oysters.  Of course, I have been craving oyster stew for the last couple weeks anyway, so this just made it that much better.  Though Black Trumpets season is now, being late summer and fall, they are one of the best dried mushrooms available.  They hold their flavor VERY well, so fresh or dried, I don't think it really makes no difference.

Oyster stew is a little tricky.  The whole point is to keep it as simple as possible and NOT over do it with added "stuff".  It's suppose to taste like a "creamy ocean" when you are done.  It's definitely a case of "Less is More".  That includes "less" Flour (this isn't a thick chowder) and "less" Oysters.  It should not be completely stuffed with meat.  Figure about 6-8 oysters per person.  That's all.  It's really all about the flavor of the delicate sweet & buttery milk broth.  mmmmmmmmm

This "less is more" philosophy is part of the reason I use Leeks in my soup; a lot of soups actually, but in oyster stew in particular.  Leeks are a member of the onion family; an easy going member of the onion family.  Like the friend who helps you in the kitchen without taking over your party.  Their unassuming nature makes 'em the perfect fit for Oysters, lending flavor without stomping all over the Oyster's delicate flavor.  As an added bonus, Leeks are divine with mushrooms in general.

So thus, armed with Leeks, Black Trumpets, Oysters and a significant amount of Butter and Cream, I present "The Ocean in a Bowl" 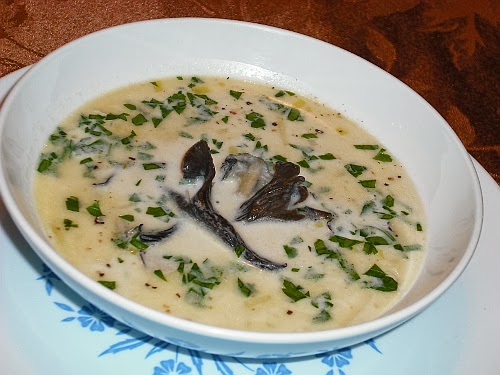 So, first, unless you have fresh Black Trumpets, you need to soak the Black Trumpets in some warm water to rehydrate them (just enough to cover them) 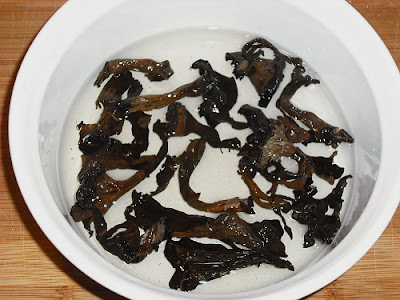 While the mushrooms are soaking, shuck the oysters, reserving the liquid, then filter the liquid through a fine mesh strainer, into a 2 cup measuring receptacle, to ensure there are no small bits of shell; set both the oysters and the liquid aside for now. 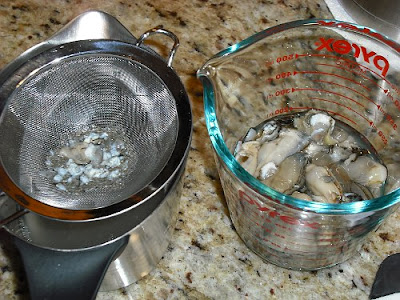 After you have shucked the oysters, the mushrooms should be thoroughly hydrated, so filter the mushroom juice through a fine mesh strainer into the same 2 cup measuring devise as the Oyster juice. (I left my Trumpets whole, but you can chop them up a little, if you like) 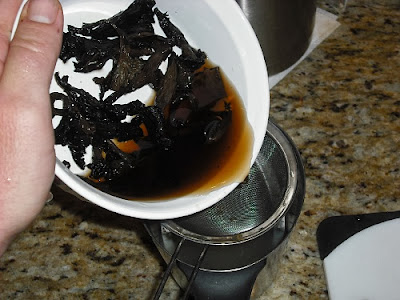 You should have about 1 cup of Oyster/Mushroom Juices. 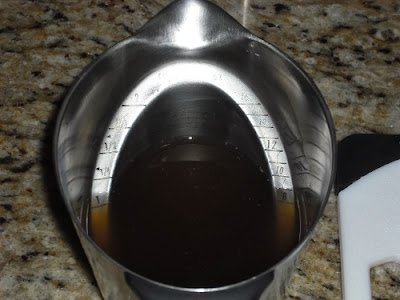 Add enough Heavy Cream to make 2 cups, then set aside. 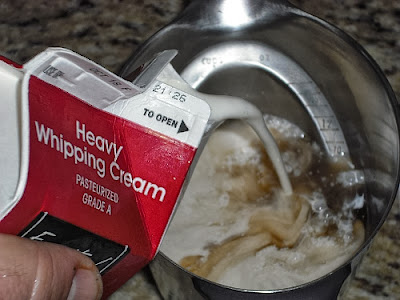 Begin melting 3 TB unsalted Butter in a 2 quart pot set over Medium-Low flame. (your goin' for a "sweat", not a saute) 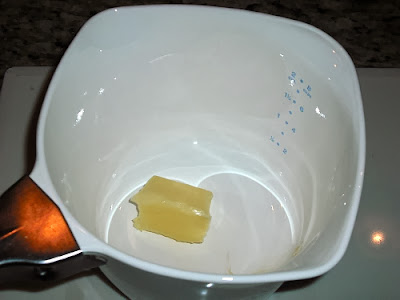 When melted, add the Leeks and the Garlic and sweat until they begin to soften slightly. 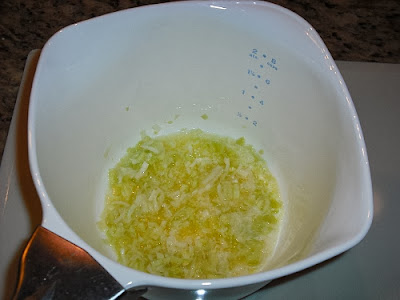 Add the Black Trumpets and continue cooking for about 4-5 minutes longer. 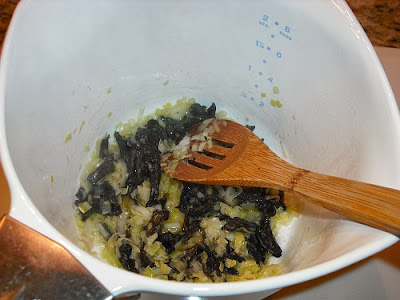 Add the Flour and stir to thoroughly coat the Black Trumpets and Leeks, then continue cooking and stirring until the flour begins to smell nutty. 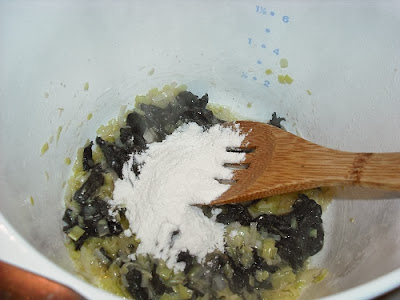 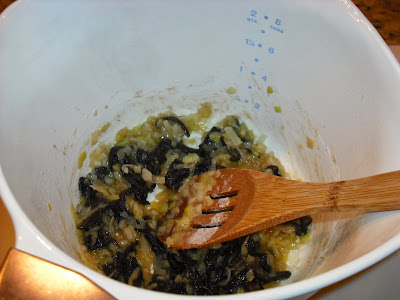 Pour in the Trumpet/Oyster/Heavy Cream mixture, stirring constantly to ensure the Flour is dissolved. 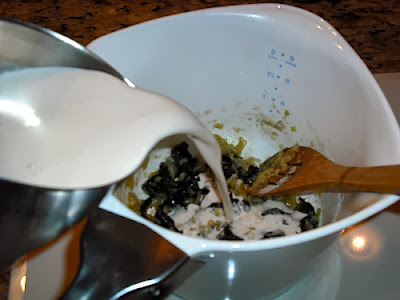 Add the Whole Milk as well, stirring again to ensure everything is well mixed, then let everything just sort of hang out over Medium-Low, stirring occasionally, while you deal with the Oysters. 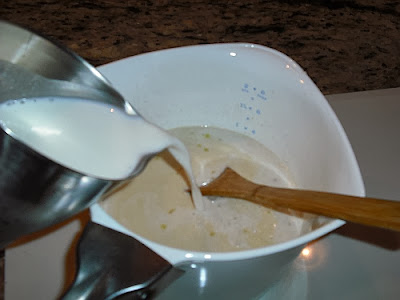 In an 8 inch skillet, melt the remaining 1 TB Unsalted Butter over Medium flame. 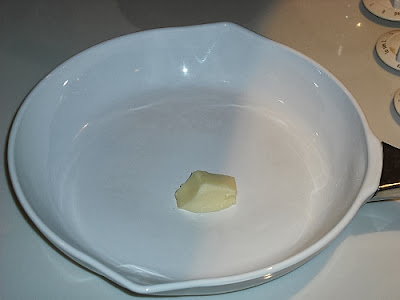 Once melted, add the Oysters. 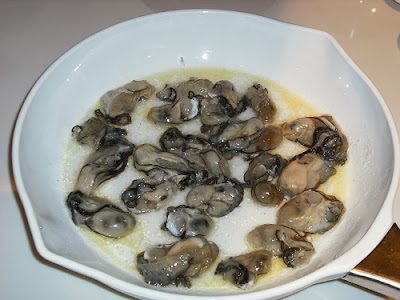 Cook until they begin to give off liquid and they sort of "plump up" and the edges just begin to "curl". (overcooked Oysters are disgusting leathery things that are just NOT tasty) 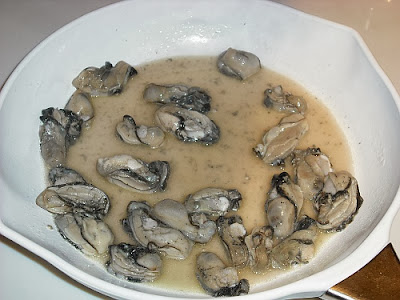 Remove the Oysters from the skillet with a slotted spoon and immerse then into the warm Soup. 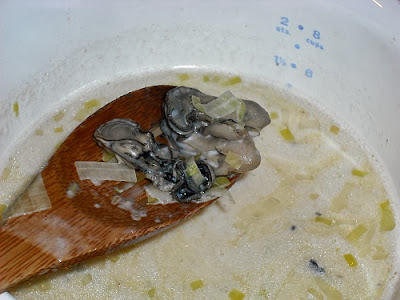 Give the soup a good slug of white wine....  And, if you want, you can filter the liquid from the skillet through a fine mesh strainer and into the soup as well. 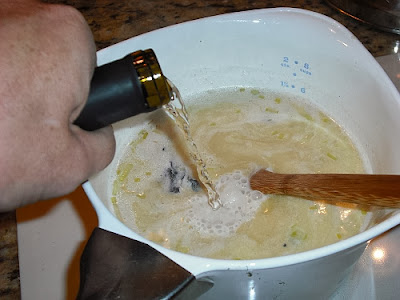 Season the soup with Salt and Pepper. 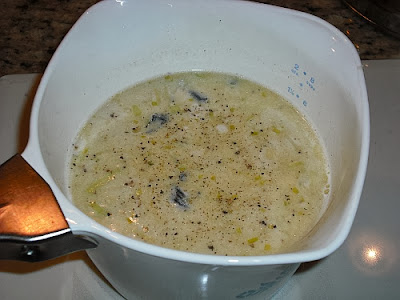 Cover the the soup and reduce the flame to LOW.... 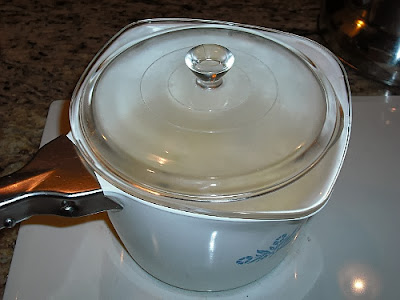 Way low...  As low as you can possibly go. You really only need to keep it warm for about 10 minutes to give all the flavors chance to get to know one another and meld into an elixir of unfettered deliciousness that makes angels weep.  (I'm just sayin') 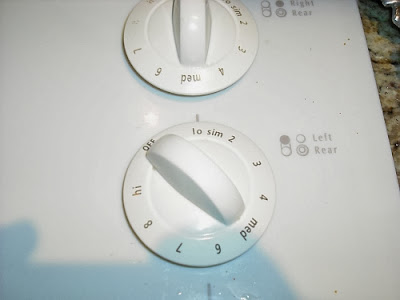 Serve with a sprinkle of freshly chopped Italian Parsley. (and oysters crackers, if you like) 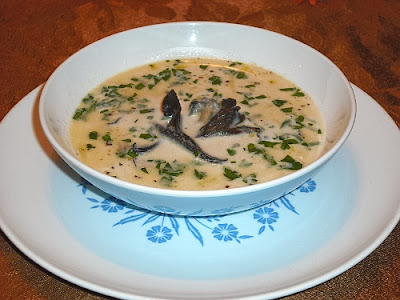 MMMMMMMMMMMMMMM  The Black Trumpets were a perfect addition to my Oyster Stew. 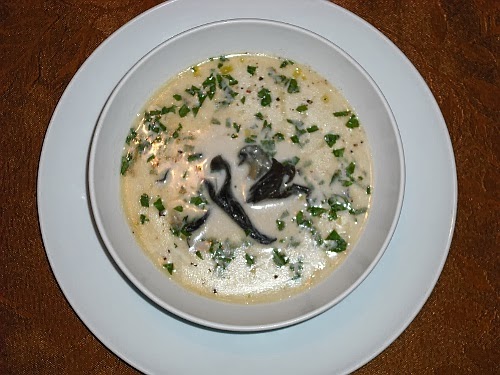 Tasting of rich butter and nuts with an elusive spice quality that augmented the flavor of the oysters instead of fighting with it.  I really didn't get any smokiness, but I think I understand why Black Trumpets are often referred to as the "Poor Man's Truffle".  There is something exotically intoxicating about the aroma.

I will have to make my Oyster stew this way from now on.  I'm completely hooked. (no pun intended....) 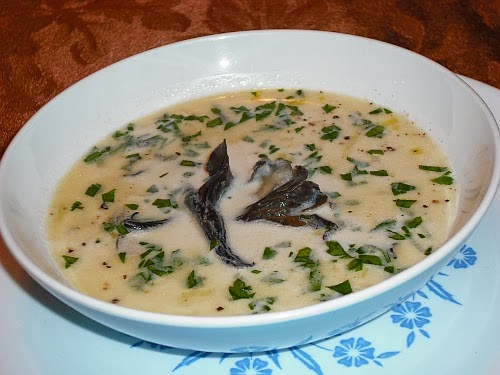