It's time for another recipe with Stinging Nettles.  Woo Hoo!   I adore Nettles.  They are one of my favorite "Flavors of Spring", along with Asparagus and Rhubarb.  Normally I just steam 'em up and eat them or chop them into Nettle-Walnut Pesto, but I thought that I would do something special with them today.  Mainly because the season is ending and they are beginning to go "to seed".  Once that happens, they are no longer fit for human consumption. Well, I suppose you could still eat them, but the leaves get tough and sort of stringy.  So, yeah, no.... not tasty.

I had already decided to make breakfast for dinner, cause I am a rebel that way, but I was disconcerted about the lack of a vegetable to accompany my Hash Browns and Bacon.  Steamed nettles would have worked, but that doesn't sound very breakfasty.  Then I got to thinking about frittatas and omelets, which while very much a breakfast food, usually do not contain that much veggie.  Then it hit me.  Nettles are like spinach and spinach is a key ingredient in Quiche Florentine.   AH HA!  Breakfast conundrum solved!

So, I set out to make a Florentine-esque quiche with Stinging Nettles and Bergkase cheese (though Havarti or Grasskaas would have been nice too) instead of the proverbial Spinach and Swiss. 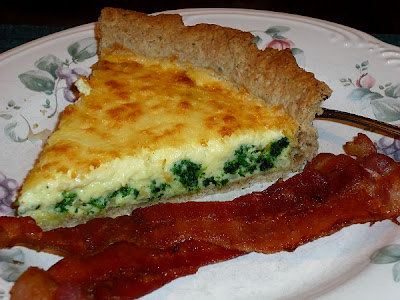 Once you have partially baked your pastry crust at 400 for 15 minutes, 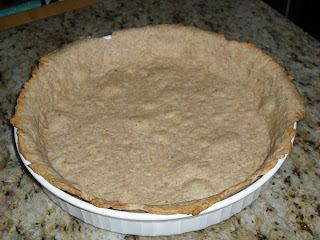 Reduce the oven temperature to 325F degrees and rinse your nettles well. 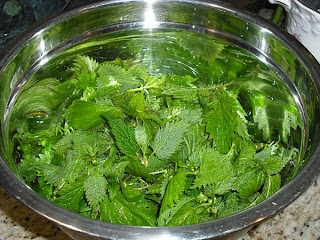 After rinsing them, blanch them for 2 minutes in boiling water, then drain them in a colander and let them cool enough for handling. 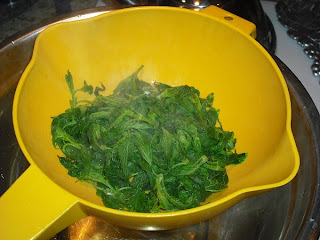 In a separate bowl, whisk the eggs until well blended. 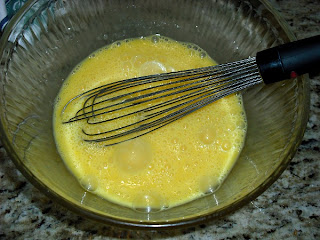 Add the Creme Fraiche along with the Salt, White Pepper and Nutmeg, then whisk well until smooth. 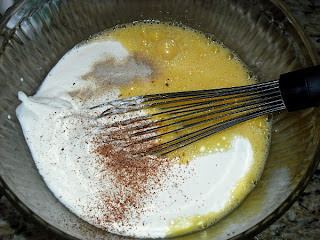 Once the Nettles are cool enough, squeeze all the water out, 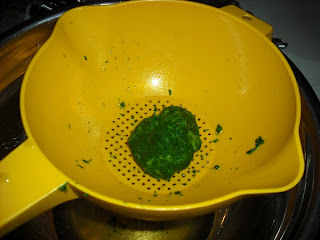 and give them a rough chop. 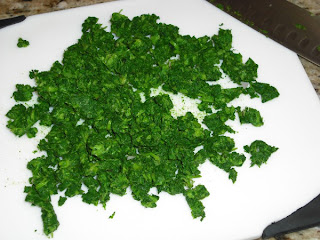 In a small skillet, heat olive oil and saute the shallot until soft. 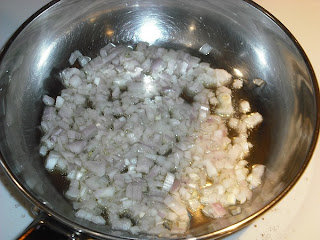 Add the chopped nettles and heat through. 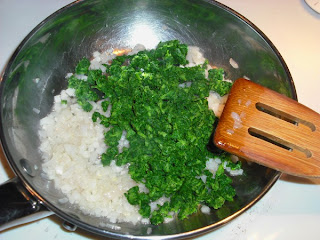 Spread the warm Nettle/Shallot mixture over the bottom of the Quiche crust. 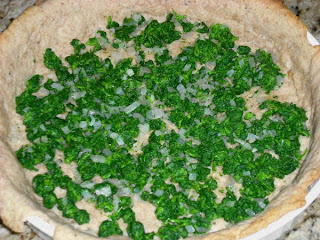 Sprinkle with 2 oz of the Bergkase. 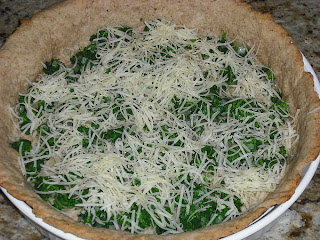 Gently pour the custard over the Nettles. 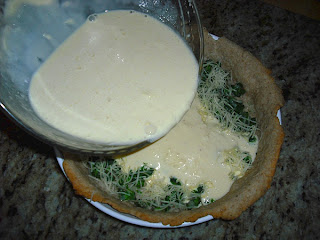 Sprinkle with the remaining Cheese. 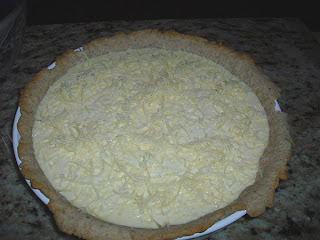 Bake for 20-25 minutes, or until the center is just beginning to set. 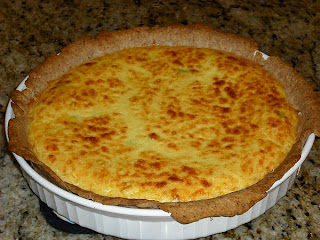 Let rest for 5-10 minutes before cutting. 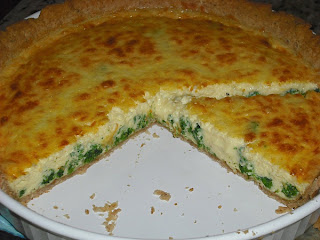 A delicious, if rebellious, dinner.  :) 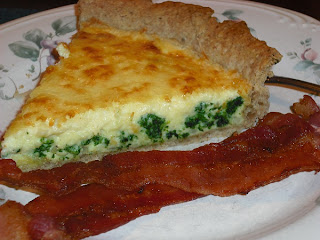 Basically, you can cook your nettles like you cook your spinach (I'm talking Europe here): blanch, blend and cook with a little bechamel and garlic; serve with an egg sunny side up and polenta.
The blanching liquid is the mother of all spring detox liquids.