When I said "'Tis the season" in my last post, I was referring to the season for beverages of good cheer.  Sadly, 'tis also the season of the flu.  (sigh)  Even more sadly, my sister-in-law has it.  Since I am unable to share her own Hot Buttered Rum recipe with her, I decided I would make her something to facilitate a quick recovery so she can partake of the good cheer.  ;)

There are several food related remedies for the flu.  Of these, Chicken Noodle Soup is the best known, however, Matzo Ball, Miso Soup and Hot -n- Sour Soup work wonders as well.  But, there is something that works equally as well, if not better.  It's truly good for whatever ails you.  A nostrum of epic power.  A sovereign specific, if you will.

Yes, shortbread (OK, and Rolo Cookies, but were are going to focus on shortbread right now).  The eggless elixir vitae, the panacean pastry, the catholicon cookie, that wafer of wonder.  Yep, Shortbread.

I wanted to do something a little special this time.  Partially to thank her for giving me the awesome Hot Buttered Rum recipe, but also because she really LOVES shortbread cookies and I have made simple Scottish Shortbread for her many times before.  Since I had been toying with this idea for awhile now, I decided it was time to stop contemplating and get to implementing my master plan for Scottish Shortbread made with English Toffee chips and Irish Cultured Butter (sort of a United Kingdom of Cookies).  Laced with Celtic Grey Salt, or course.

Thus it was that I embarked upon shortbread-dom to banish the fiendish flu.

This is the simple 1-2-3 Scottish shortbread recipe I posted last Christmas, though the method is slightly different due to one simple addition, Heath English Toffee Chips...  YUM. 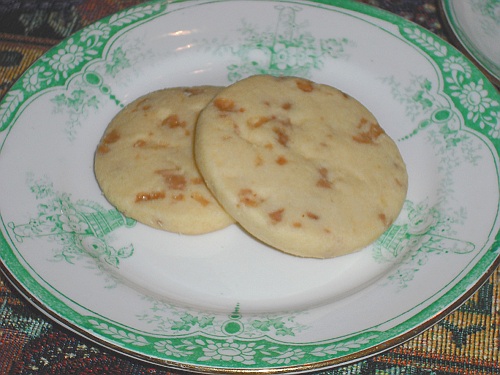 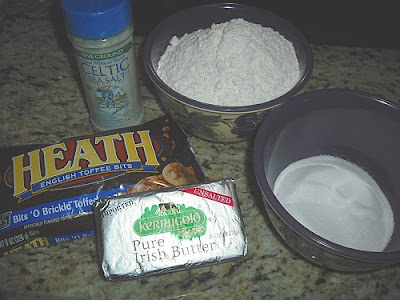 Place Butter, Sugar and Salt in a mixing bowl. 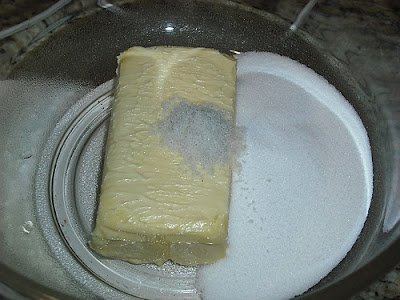 Cream together until light and fluffy. 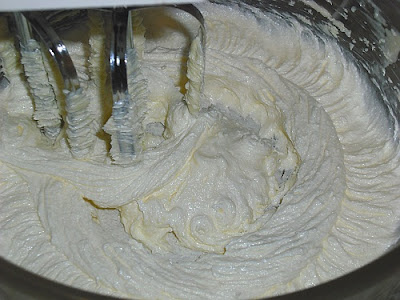 Slowly work in the Flour until a crumbly dough forms. 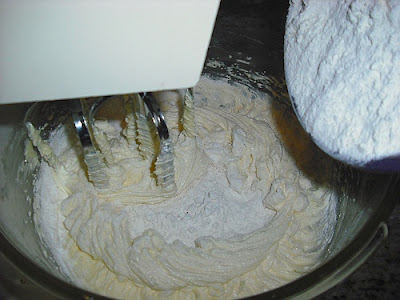 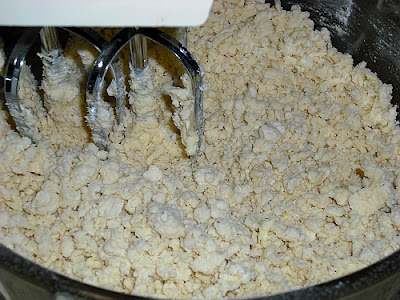 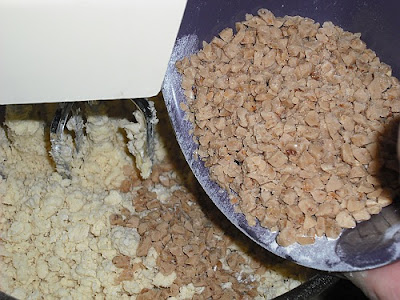 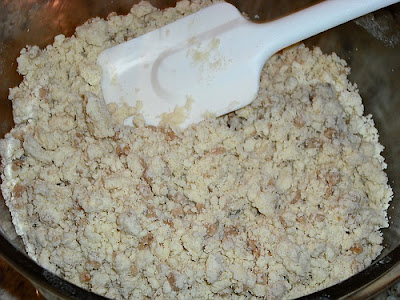 Place on a large piece of waxed paper. 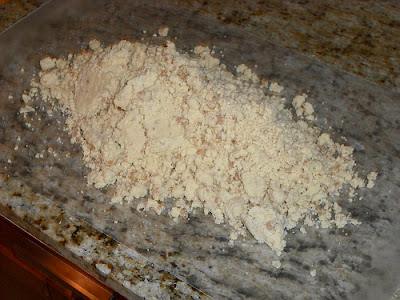 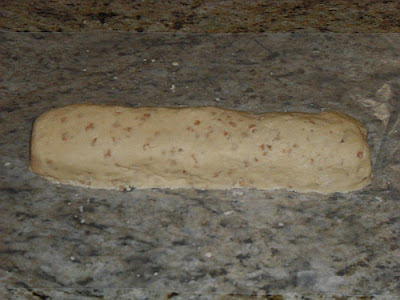 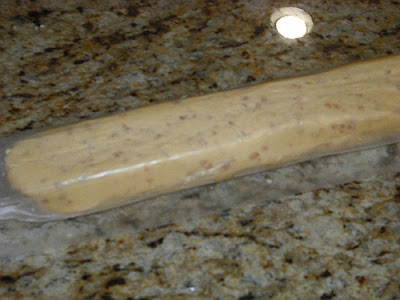 Remove waxed paper and wrap in plastic wrap, then refrigerate for 4 hours. 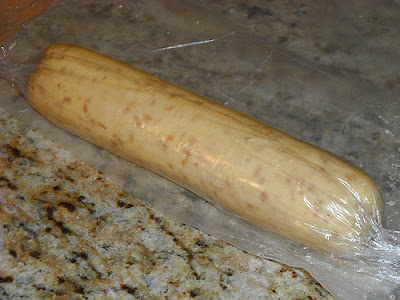 When you remove the dough from the refrigerator, begin preheating the oven to 325 degrees.

Slice into 1/4 inch slices and lay them out on a parchment lined baking sheet. 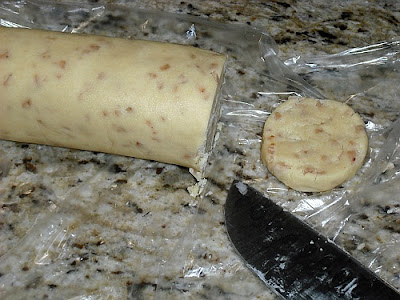 Bake for 20-25 minutes, just until the bottoms begin to brown but the sides are still pale. 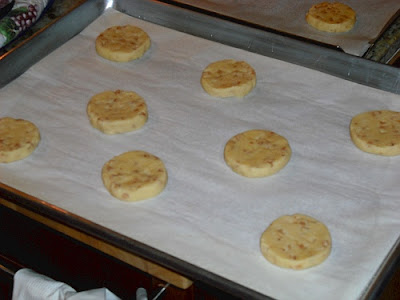 Leave the Shortbreads on the baking sheet for about 5 minutes to give the hot toffee bits a chance to cool a little bit, cause they are gonna be REALLY hot and REALLY sticky. 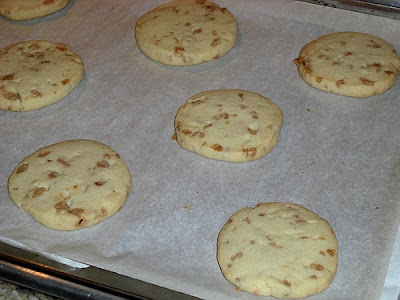 Move to a wire rack and let cool completely. 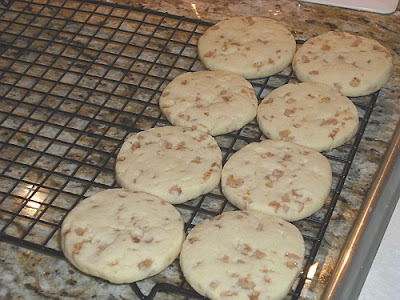 Serve with your favorite herbal tea. 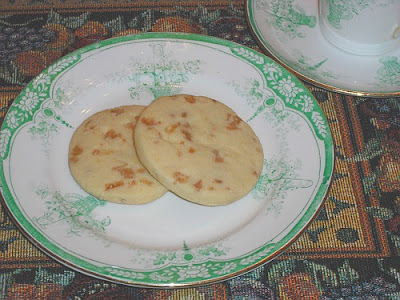 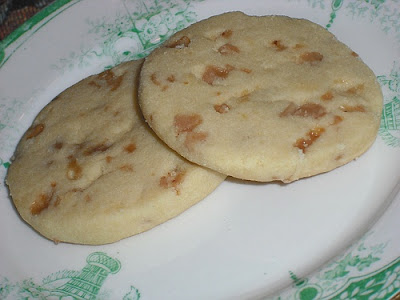 I love shortbread cookies and what a great addition, the toffee bits. MMMmmmmm!

Yum! Love the idea of the toffee bits. I will try these this season!

Patti - Thank you... They turned out even better than I thought they would... I was very pleased...