Puttin on the Ritz - Crème Vichyssoise

Debate abounds as to the true origin of this exquisite soup.  Personally I believe Louis Diat (of the Ritz Carlton) when he stated that he modeled the soup after his mother's recipe, remembering how delicious it was when he and his brother poured cold milk into it.  Thus, he attempted to capture a childhood memory and serve it to his guests.

There are two other "origins" which may or may not be true to some extent.  French chef Jules Gouffé published a recipe that included potatoes, leeks, chicken stock, and cream in a cookbook entitled Royal Cookery (circa 1869), though Jules serves his hot.  There is another form of this recipe that appears even earlier under the name Potage Parmentier, named after Antoine Auguste Parmentier. The story is that Parmentier, on his return from a German prison camp, after the Seven Year War (1756-1763), noticed the sad plight of the French people.  In response, he set up several potato soup kitchens in the city of Paris to feed the poor.

In the grand scheme of things, I suppose it matters not whether this delicious soup is of French, American origin or even "War with Germany" inspired.  Either way, it was a Frenchman who invented the dish...  All I personally care about is how delectable it is.  Though traditionally served chilled, I like it hot as well.  Especially on a cold wet day like today.  Yep, piping hot and velvety; potato and leek soup just hits the spot.

There are a couple ways to go about preparing this soup.  The whole point is to "mill" the soup to obtain a creamy consistency... So, Blender, Food Processor, Stick Blender or a Food Mill; the choice is entirely up to you.  My personal preference, though it takes a little more time and a little more elbow grease, is the food mill.  I feel it gives a more consistent "grain" to the soup than a food processor of stick blender.  But that is just me, and I am infamous for doing things the hard way.  (see my pesto recipe)

Once you have chosen your method of "creaming" the only other decision is whether to Glacée or Not Glacée (meaning chilled or not chilled)   Like I said, I like it hot too.  And since it is only about 44 degrees outside and the rain is making everything damp... Tonight, my vote is for hot. 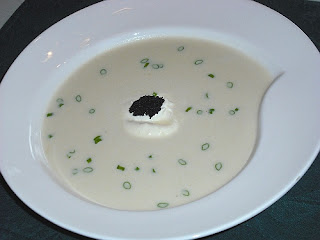 Melt the butter in a medium pot over medium-low heat. 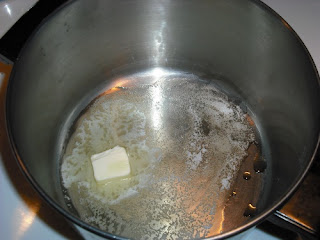 Add the leek and onion to the pot, sweating until soft. 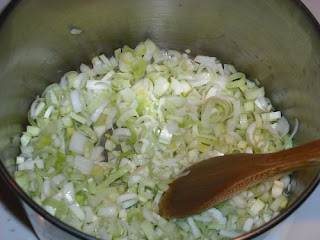 Meanwhile, in a medium bowl, combine Water and White Wine so that as you peel and cube the potatoes, you can add them to the bowl and toss to coat. (the acid in the wine will prevent browning) 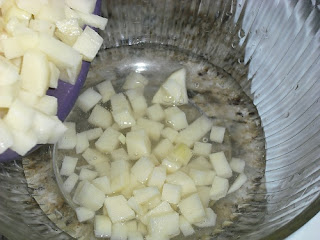 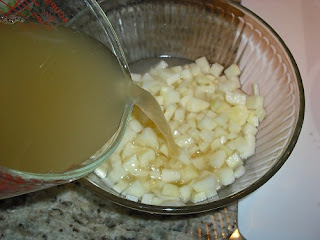 When the Leek and Onion are nice and tender, add the potatoes along with all the liquid in the bowl. 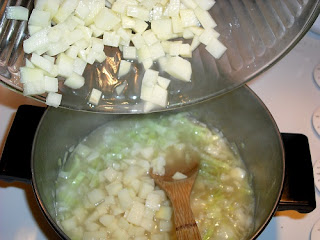 Cover and bring to a simmer, then allow it to continue simmering for 30-40 minutes, or until the potatoes are tender. 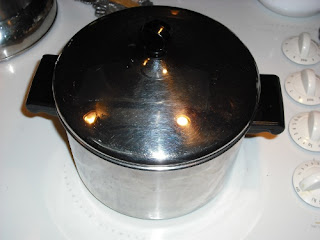 Add the Milk, Half and Half and perform an initial seasoning check and adjust with a little Kosher Salt. (remember, less is more because you are going to season it again at the end) 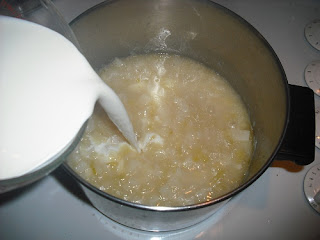 Bring the soup just to a boil (to scald the milk) then remove from the flame. 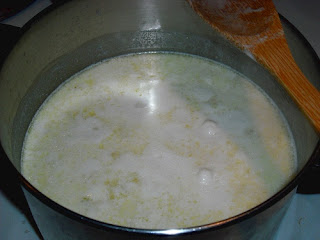 Now, either beat it into submission with a stick blender, pour it into your food processor and blitz it (in batches), use a conventional blender to puree it (also in batches, Or..... 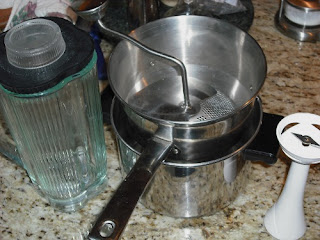 Like I prefer to do, use a food mill and a little elbow grease. 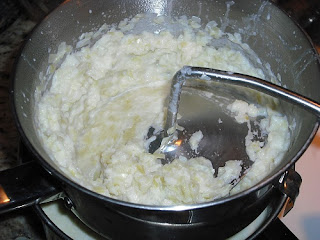 Pour the soup back into the pot and return to low flame, then add the Heavy Cream. 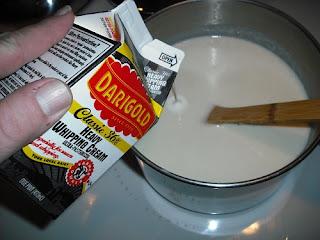 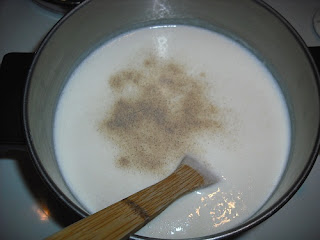 Now...  I like it hot, so I serve immediately with a dollop of Creme Fraiche and a spoon of Caviar, topped of with a sprinkle of chives or thinly sliced green onion for punch. 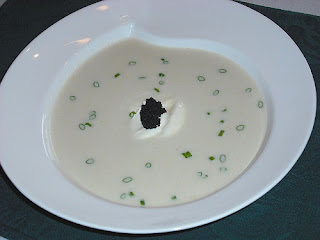 OR... You can move the soup to a storage container and chill until ready to serve. 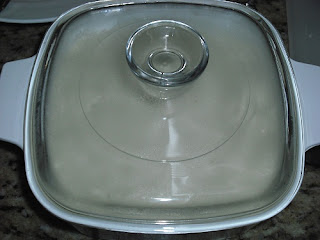 I LOVE the soup bowl. What a great showcase for you luscious soup. I can't eat onions but it sure looks and sounds good.