Reflecting on the Past - Chestnut Soup

It's fairly common for one to reflect upon one's past during at the turn of the year.  Well I, being a somewhat off-centered person, began reflecting a little further back that was probably necessary; to a time before I was born (It's a bit of a rabbit trail, but bear with me) To a time before the Chestnut blight (Cryphonectria parasitica) that decimated the American Chestnut trees.  To a time when the Chestnut was celebrated in more than just a song (Chestnuts Roasting on an Open Fire). To a time when these sweet mahogany bundles of deliciousness graced the winter table more often than just as a Thanksgiving stuffing ingredient or a birthday party at the home of Farmer Gray. (Pop, Pop, Pop)

It lives on in songs of winter celebrations, but that pretty much covers it. Very sad.

Thus I have made a New Year's resolution... To promote the chestnut as a delicious and healthy addition to your winter table.  It's time for the Chestnut to move beyond Thanksgiving and Christmas.  After all, they are "technically" harvested ALL winter; October through March.

Chestnuts contain twice as much starch as potatoes and are the only nut that contains vitamin C (40mg per 100g which is 65% of the RDA)  They are about 44% carbohydrates, of which only 11% are sugars, and contain absolutely NO Cholesterol.  This deficiency in Cholesterol is primarily due to their low oil content.  Their carbohydrate/protein ratio brings them in line with things like Brown Rice and Spring Wheat. Though unlike wheat, chestnuts are gluten free.

Chestnuts should remain refrigerated in the crisper drawer in a paper or mesh bag, for they will go bad fairly quickly after harvesting and will dry out.  Granted, this "drying" out is part of the starch conversion to sugar, which makes the chestnuts sweeter.  So if you have particularly fresh chestnuts, that have no "give" to the shell when pressed upon, you may want to set them out in a cool place and allow them to dry slightly for a couple of days.

Chestnuts can be frozen, but it effects the flavor and texture; making them slightly mushy.  But, even though I am not using frozen chestnuts in the following recipe, they would be perfect in this particular application.  Since the starch content of Chestnuts is so high, they make a perfect pureed soups...  adding body as well as a heavenly fragrance and flavor.

This particular soup leans heavily on the concept behind vichyssoise (Potato-Leek Soup), however, I have removed the cream from it in an attempt to showcase the flavor of the chestnut and it's ability to bind a soup into a lovely bisque without any extra "smoothing" agents.

An added bonus is that this recipe is, what I like to call, pseudo-vegan.  Meaning if you simply replace 1 or 2 ingredients it goes from a carnivore meal to a vegan one.  In this case, replace the chicken stock with vegetable stock and your veganized. 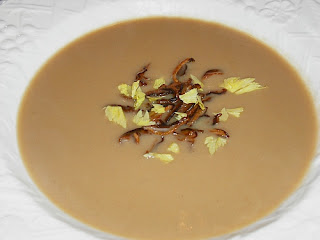 
Roast your Chestnuts.... Peel them and set them aside. 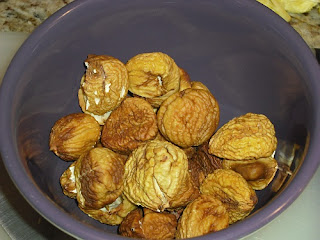 Place Olive Oil in a 2 quart saucepan, and set over medium flame. 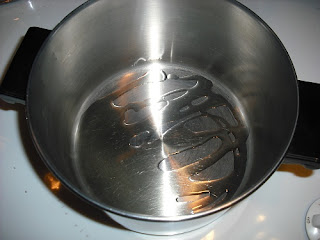 A couple of minutes later, add the Celery and Leek; 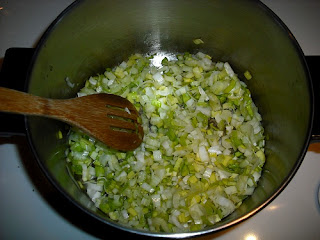 Cook, stirring occasionally, until the vegetables are translucent, about 10 minute; then add the Chicken Stock and Chestnuts; then bring to a boil. 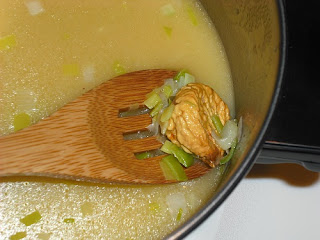 Partly cover and reduce the flame; then let everything hang out and simmer until chestnuts are very soft, about 30 minutes. 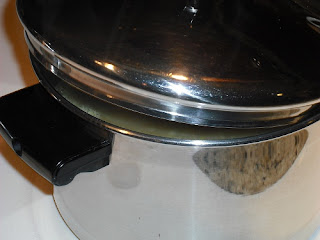 Puree the hot soup in a blender, in batches. 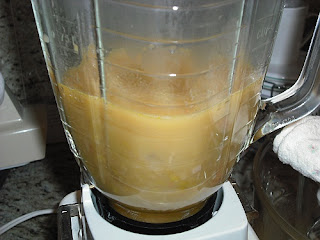 (don't forget to remove the center lid and cover with a towel to allow for venting... You don't want to wear any of the hot soup) 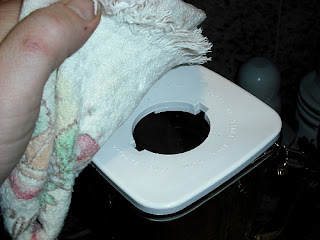 Run each pureed batch through a strainer (just in case) and into a clean pot. 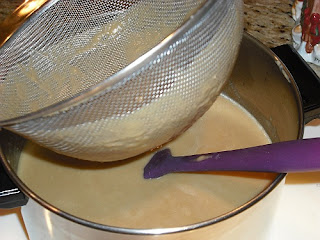 Add enough Chicken stock (or Vegetable stock) to bring the total liquid up to 6 cups. 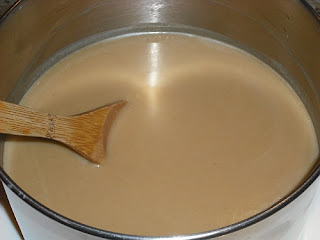 Season with White Pepper and place the pot over a low flame to bring the soup back to temperature. 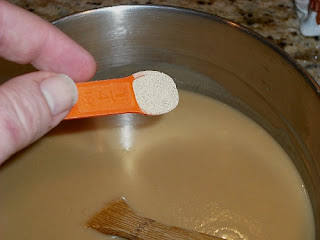 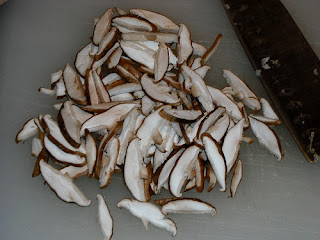 Heat oil in a saute pan over medium flame. 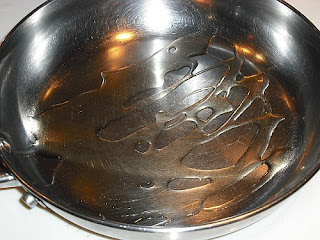 Add the Shiitake and saute until crispy. 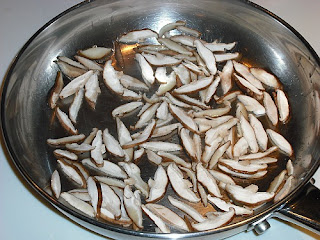 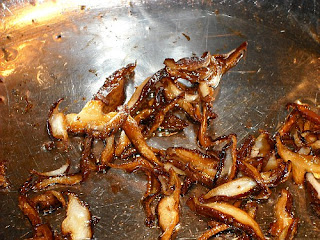 Drain briefly on a paper towel. 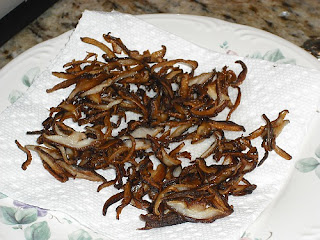 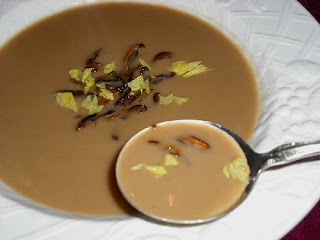 I have eaten roasted chestnuts many times. I would never have thought of using them in soup. You are so imaginative.