Are Ya Achin', For Some Bacon? - Bacon Chowder

So you may be asking yourself, "Self, I wonder why Shane posted about baking a bunch of bacon?"

Well, lemme tell ya... It all started a little over a week ago when I went to visit my grandmother in hospital. (She has since been released and is doing well, in case you were wondering)  So, when I am in The Dalles, it has become traditional to stop and grab a quick bit at this wonderful restaurant called the Wind Seeker for an appetizer of delicately breaded Razor Clams (which don't seem to appear on the online menu) and a salad.   It doesn't sound like all that much food but trust me, it is.  A Razor Clam is an unusually large clam, similar to an ROUS from The Princess Bride (Rodents of Unusual Size) though obviously not an actual rodent.  I guess in this case they would be more like COUSes.  hmmmm

Anyway, the point is, that you receive 2 Razor Clams as your appetizer which amounts to puh-lentee of clam for a rather small amount of clams. ;)

This time, however, I broke with tradition.  Not only did I order my Razor Clam appetizer and a salad, but I opted for the soup of the day as well.  It was rather frigid outside and I always crave soup when it's cold.  But what really sealed the deal, was that the soup du jour was Bacon Chowder.  I mean, how brilliant is that?  That soup was pure unadulterated deliciousness to a degree I had not thought possible.  Of course it could have had something to do with having my Clams on the side.  In essence my meal was sort of like a deconstructed clam chowder.  In any case, it was bliss in a bowl.

So, I decided to have a go at Bacon Chowder myself.  Thus the need for 10 oz of Bacon baked in the oven and saving the golden elixir that is rendered Bacon fat.  Awesome! 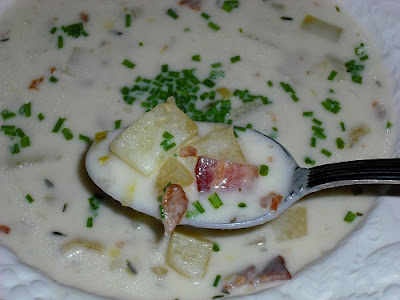 First you need to bake your Bacon on a cooling rack set in a Jelly Roll Pan....  400 degrees for about 17-25 minutes (depending on your oven)
Pour off and reserve the golden fat and set the Bacon aside. 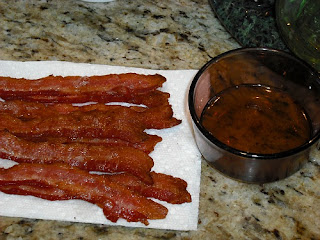 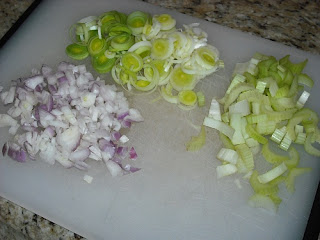 Place a large stock pot over medium flame and add the liquid gold that is Bacon Fat. 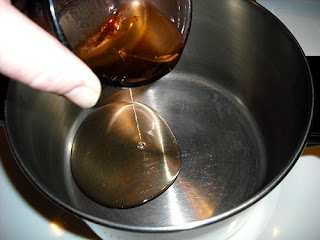 Once it's hot add the Celery, Shallot and Leek, sauteing until translucent and soft. 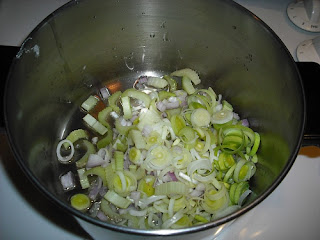 While that is happening, it's a good time to cube the potatoes (it gives them less time to turn brown) 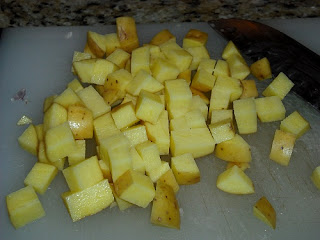 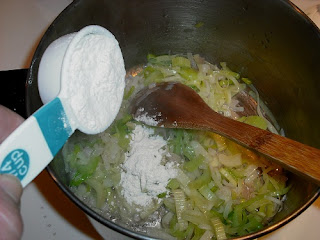 Add the Chicken Stock, stirring to ensure the flour doesn't get "clumpy". 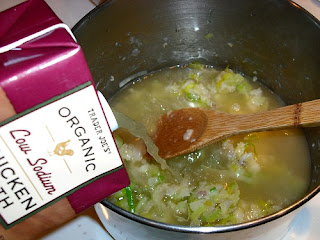 Add the cubed Potatoes and a sprig of Thyme. 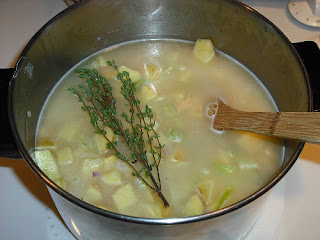 Bring the chowder to a boil. 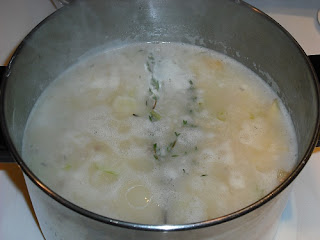 Reduce the flame, partially cover and simmer for 30 minutes, until the potatoes are tender. 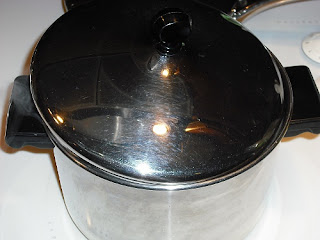 Remove the sprig of Thyme and stir in the Heavy Cream. 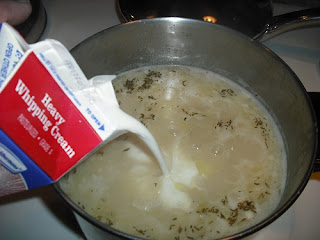 Then add the goat cheese and stir until it melts, then season with Salt and Pepper. 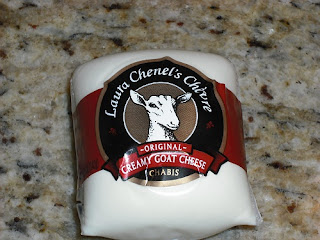 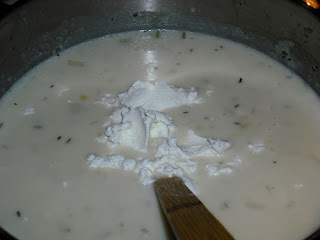 Chop the Bacon, but don't add it yet. 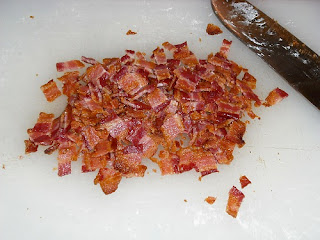 You will want to wait and stir in the Bacon right before serving....(you don't want the bacon to get soggy) 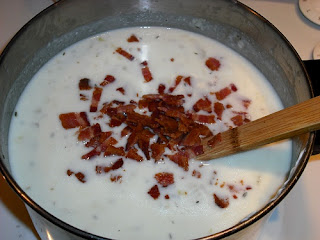 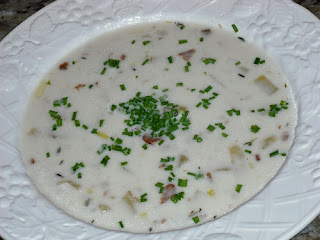