I have been suffering from an extreme lack of inspiration in cooking lately.

Oh, I have been cooking, but nothing really all that earth shakingly interesting to make it blog-worthy in my view... OK, the panko crusted Razor Clams I fried up last week may actually qualify as blog material, but I have not decided yet.  (it's a messy process)  In my defense, we had 2 weeks of insanely hot weather and I usually resort to a steady diet of salad during those times. (and there is another heat wave on the way even as I type this)

The primary reason for my lack of creativity has been my lack of computer usage.  It's summer and there have been a LOT of things going on. So, aside from the occasional check on email and checking my eBay listings for sales, I have not been engaged in a whole lot of "recreational computing", like social networking.  This presents somewhat of a cooking conundrum for me, as I always find inspiration with my Beeps (BakeSpace Peeps) over on the BakeSpace forums.

I have even been lax in reading my Beeps' Blogs... Not all my Beeps have Blogs, but a healthy chunk of them do...  All summer, I have been missing out on the culinary exploits of Heather at Girlichef, DeeDee at DDPie's Slice, Danielle at Cooking For My Peace of Mind, Cris at Hye Thyme Cafe, Bob at Cooking Stuff, Cathy at Dutch Baker's Daughter, Sheryle at Cookie Baker's Corner, and Dajana at Baker's Corner, just to name a few.....  (sigh)  I miss my Beeps.

Anyway...  With no culinary input whatsoever, I have found that my well of creativity has run dry.  Dry as a roasted bone.  Dry as the pages of the cookbooks to which I so desperately cleave.   Ahem.

That is until now.

I have discovered the joys of Thai food.  OK, I already knew about Thai food (as it's one of my favorites) but I don't really "cook" Thai food.  I tend to remain in my French, Italian, Scandinavian and Greek sphere with occasional forays into Eastern European and North African (mostly Moroccan) and save the Thai food for when I feel like going "out" to eat.

I avoid cooking in the Pan-Asian arena because it requires a completely different pantry than western cuisine. My pantry is only so big and there is only so much room.  I must say, however, that between the Tom Kha I made last year and this foray into Tom Yum, I think Thai food is going to have to start becoming a staple round here.  Time to find a bigger pantry.

Thai food just seems so vibrant and fresh.... Even more so than Chinese. Though I will admit that my knowledge of Chinese is pretty much limited to Sezchuan, Mandarin and Canton.  Just bear with me, I am taking baby steps out of my comfort zone here... LOL

Tom Yum is a delicious hot & sour soup that, unlike its Chinese cousin, contains no cornstarch or tapioca starch.  This makes it a little more "brothy" and less "clingy" in your mouth, giving it a "cleaner" finish. While it still contains rice wine vinegar, it's primary souring agent is lime juice.  Which makes me extremely happy, for I love all things of the lime persuasion.

Usually, Tom Yum contains some form of protein. Sadly, while I have seen Tom Yum made with Chicken and Pork, it usually boils down to some form of fried tofu.  EWW!  Tofu and I DO NOT get along....  As in "Hello, Emergency Room" as I swallow an entire box of Benedryl.  No To the Tofu!

Luckily, the Lily Market on Halsey had a solution for me (they are always so helpful there).  Canned Quail Eggs... Yep, little itty-bitty quail eggs that have been boiled, peeled and canned in water.  I was a little leery at first, for I had only purchased quail eggs in the raw at the Mitsuwa Marketplace in San Diego, but I gotta tell ya, they were perfect for my soup!    Turned out pretty darned tasty if ya ask me. 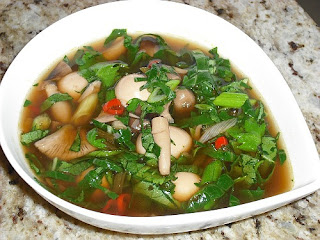 3 fresh Red Birds Eye chiles, seeded and chopped (I actually use 4, but I like it hot)
6 TB Rice Vinegar
2 stalks of Lemongrass, cut into chunks (cause you will want to remove them later)
4 Scallions (Spring/Green Onions), sliced
1 small head of Bok Choy, shredded
1/2 cup worth of Cilantro Leaves (be sure and save the stems for Green Curry Paste)
5 cups Vegetable Stock
4 TB Tamari Soy Sauce
1 TB Coconut Palm Sugar (Jaggery) though you can sneak by with light brown
Juice of 1/2 a Lime
1 can Quail Eggs, packed in water (about 7 oz drain weight), drained
14 oz can Straw Mushrooms, drained

Seed and chop the Chiles.

Place them in a non-metallic bowl (cause they will even react with stainless steel) and add the rice vinegar, allowing them to soak for 1 hour (which gives you enough time to chop everything else) 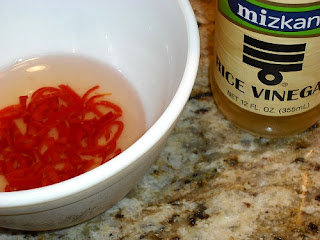 Slicing up the Scallions, 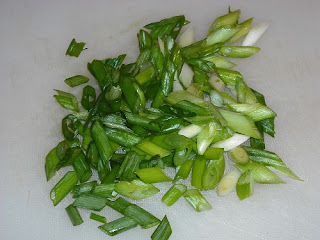 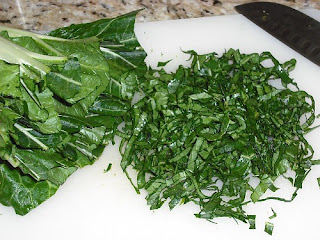 and picking all the leaves off the Cilantro stems.
OK once that is all done, you probably still have about 40 minutes before the chiles are ready....
So, pour the 5 cups of Vegetable Stock into a large sauce pan and add the chunks of Lemongrass, Tamari, Palm Sugar and Lime Juice. 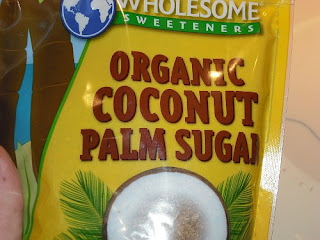 Bring this to a boil, then reduce the flame and simmer for 30 minutes. 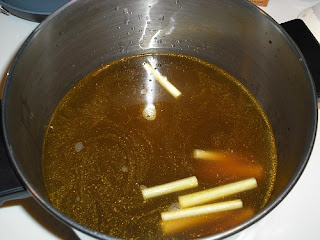 While the stock is simmering with it's added flavor components....
Place the Bok Choy in a bowl, add 1/2 the Scallions and the Cilantro Leaves, then toss them together.... (You will add this mixture at the very end of cooking) 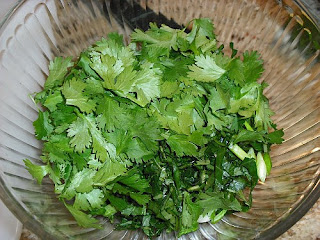 Take a short break while everything just kind of hangs out doin it's thing.... the Stock is simmering, the Chiles are soaking and the Bok Choy, Scallions and Cilantro are mingling together in the bowl.
Once an hour has passed and the chiles are finished soaking, go ahead and add them to the simmering stock. 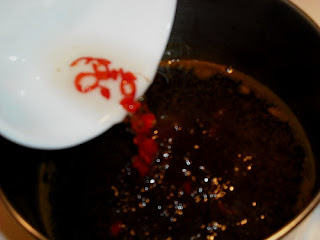 Add the remaining Scallions, the Quail Eggs and the Straw mushrooms and simmer an additional 10 minutes. 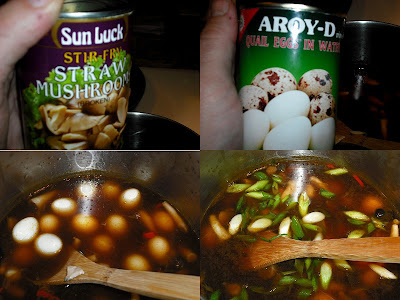 Remove the soup from the flame and stir in the Bok Choy/Scallion/Cilantro mixture and stir gently until slightly wilted. 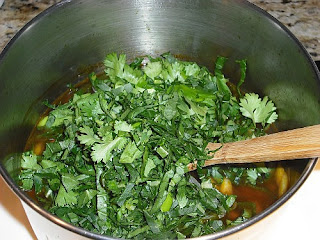 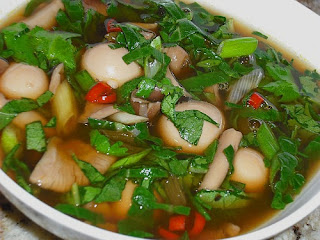 And now it's time to tackle Green Curry Paste, for I have a massive amount of Cilantro stems.

Awww...I miss you, too! But, never think that I'm not reading your inspiring posts! We do need to catch up, though. Time for a wine party?

Your Tom Yum looks awesome! I really should expand my horizons a bit...although I did use Bok Choy for the first time, a few weeks ago, lol! Now, if I could get Pete to consider quail eggs.....

Seriously, I'm inspired by your posts and I learn something from each one. I love my Beeps, too! :)

I LOVE Tom Yum soup!! That looks so good! I'm definitely going to look for canned quail eggs at my local Asian markets!

Love reading your recipes, but this one is way out of my comfort zone. I don't like hot things, the idea of canned eggs, scary. I will take your word that it is delicious.