Yes, I am stretching this endeavor out as much as possible, simply because I am enjoying the journey.

Now that I have achieved a Speckulaasplank, or rather 2 of them, it is almost time to make Speculaas.  But first, we need to talk about spices, for that is of paramount importance.  A speculaasjes just isn't a speculaasjes without the tangy zip of Speculaaskruiden (Speculaas Spice).

True, you can buy it in the grocery store.  OK, not so much here on the West Coast, but it is out there.  You can order it over the internet as well.  But you never really know how long it has been setting around.  Personally, I find that the path to the best Speculaas is paved with spices you have ground and mixed yourself.

My friend Cathy over at Dutch Baker's Daughter has a fantastic spice mix recipe.  Mine is slightly different, but I think that is primarily due to the fact that I am a little more Danish than Dutch.  LOL

Then again, it could be because I am a Mace hound and always have been.  When a recipe calls for 1/2 tsp Nutmeg and 1/4 tsp Mace, I always flip them around, using more Mace and less Nutmeg.  They come from the same plant after all.  Mace is the simply the dried peel of the Nutmeg.  But I like the subtle fruity quality that is has... Like Nutmeg, but with hints of Orange.  YUM!

Let's talk a little Cinnamon for a moment.  I am REALLY big on Ceylon Cinnamon, so is most of Europe and Mexico.  Not Saigon (C. loureiroi), Chinese (C. cassia) or Korintje (C. burmannii), known collectively as "Cassia" in some circles, but real honest to goodness Ceylon Cinnamon (Cinnamonium vernum).  Thank goodness there is a Penzey's here, cause it's getting harder and harder to find.  If you are using Korintje Cinnamon reduce the cinnamon in this recipe to 7 tsp; if you are using Saigon Cinnamon, reduce the cinnamon to 6 tsp or it will completely overpower the blend.

As far as the Coriander, Anise Seed.....  Well, you could probably leave those out if you want... I think the Coriander bolsters the profile by brightening the overall flavor while the anise lends it's own subtle "sweetness".  Don't worry, there is not enough to make the cookies taste like licorice, I promise.   LOL    The point is, your Speculaaskruiden really MUST have Cinnamon, Clove, Mace (or Nutmeg), Ginger, Cardamom and White Pepper. 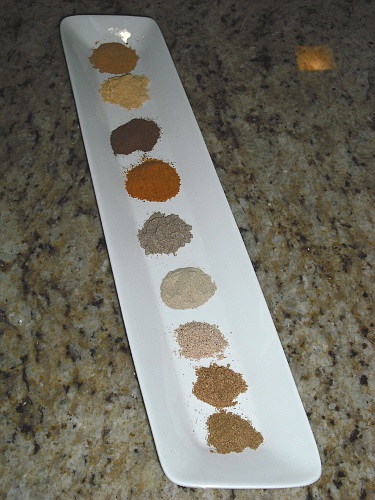 The palate of a baker allows us to paint a picture with flavor. 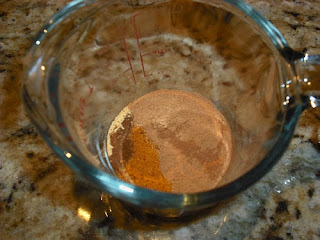 Store in an airtight container. 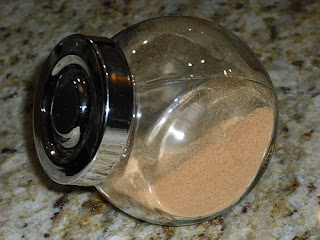 And NOW, we are ready to make some serious Koekje (cookies)

This combination of spices looks terrific for gingerbread. I live on the west coast (Palm Springs area) and I searched for weeks for gingerbread spice already prepared with NO success. Next year I will use your recipe. Thank you for posting!