The BEST Kind of Leftovers... Aside from Cold Pizza

They were suggested by my mother. So I decided to start pokin around on the internet and see what I could find on these cookies. I did find a lot of recipes, starting in 2001 with Josette Aaron who won a baking contest, but her recipe had nuts and less sugar. There were several others as well. Some with Shortening, others with only granulated sugar, and still others had no oatmeal, but twice the amount of Rice Krispies.

As I was lamenting the fact that there were a million and four variations, my mom handed me a recipe that she had acquired from her friend Judy Bjorge. So I decided that it would probably be in my best interest to listen to mom and use Judy's recipe to make them. (See, with age comes wisdom) LOL 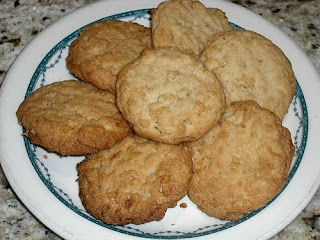 Preheat the oven to 350 degrees
In a medium bowl, whisk the Flour, Baking Powder, Cream of Tarter and Salt together, then set aside. 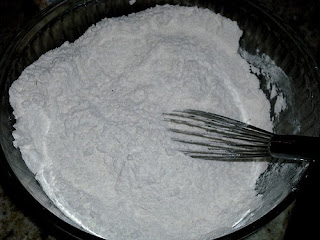 Cream the Granulated and Brown Sugars together with the Butter until light and fluffy. 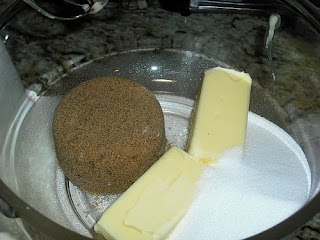 Mix in the Egg and Vanilla. 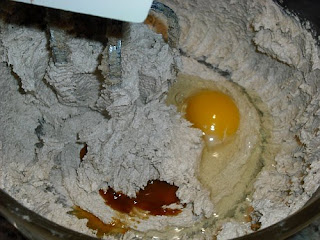 Beat in the Oil until well combined. 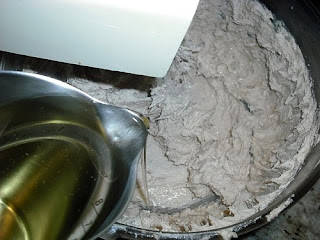 With the mixer on low, begin adding the flour mixture 1/2 cup at a time to prevent a dust cloud. 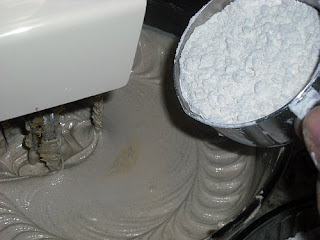 Once all the flour is incorporated, add the Quick oats and mix until combined. 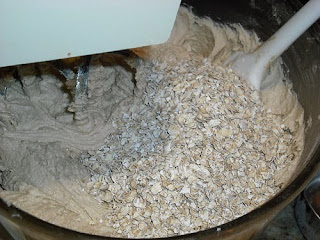 Once a soft dough has been achieved, fold in the Coconut and the Rice Krispies. 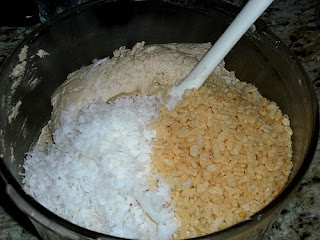 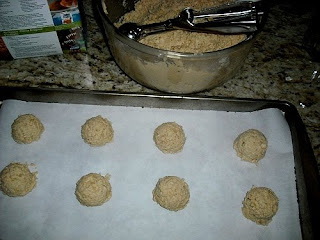 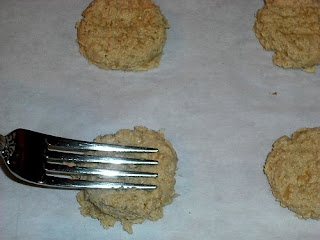 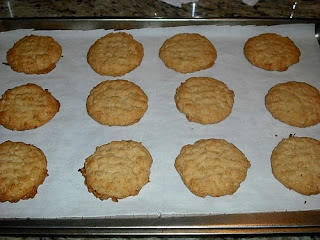 Move to a cooling rack. 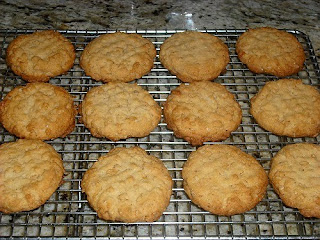 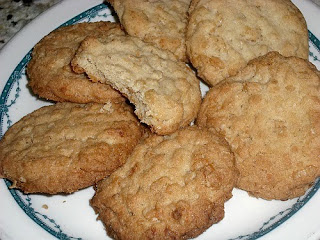 Never heard of these before. Why do I have a feeling my weight loss goals are shot? :)

This is a great idea. It's so nice to see a dessert with rice krispies other than the usual rice krispy treats. Good job, as usual!

What an unusual recipe, I hate wasting the rest of a box of Rice Krispies after making the treats. Now I will know what to do with the leftovers. Mmmmmmmm can't wait.

oooh ya, i can see how they'd be evil good! (I say this as my muffin top is telling me to step away from the recipe). holy moly!