Coffee Talk - Microwaves and Moka Pot, a Match Made in Hell!

It's probably happened to you. You walk into the break room of your office and some yay-hoo, who probably needs assistance dialing their phone, has attempted to make coffee.

You know what I am talking about... There are usually 3 forms of office coffee...
And let's face it, most office coffee offerings are marginal at best. The only thing worse being under-extracted and/or over-extracted beans creating that, oh so lovely, "Battery Acid" effect on your stomach.

Well NOT ANY MORE.... Run back to your desk and grab the hand dandy "Microwave Moka pot" Yes, that's right! The COFFEE WAVE is here my friends.... LOL (Sorry, this is just crackin me up) 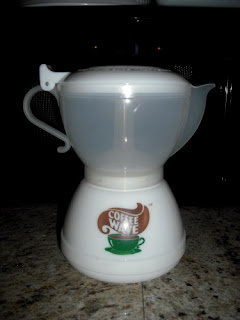 This little gizmo works just like a standard Moka pot with 2 important differences. 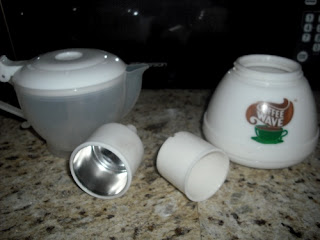 So fill up the water reservoir. 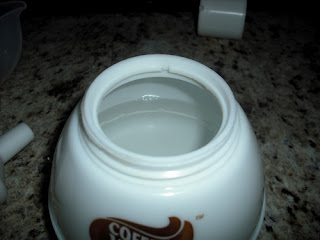 Place the cone piece in. 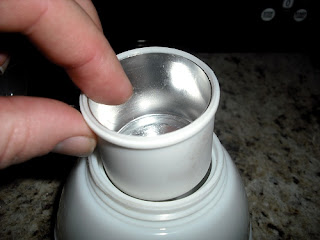 Then pop in the filter basket. 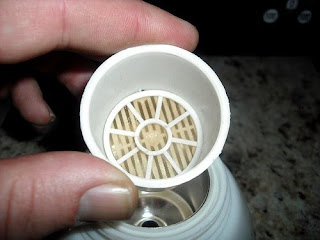 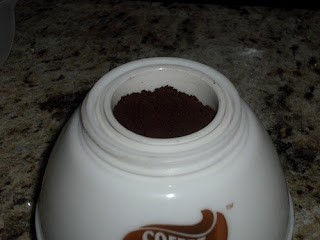 Screw down on the top pot. 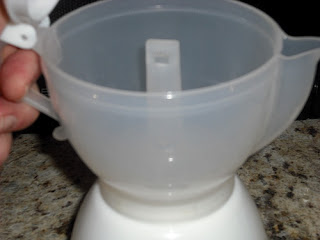 Nuke the darn thing for about 4 -5 minutes until the water boils and shoots up the tube and through the grounds.... (you'll have to watch it) 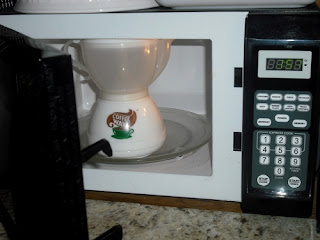 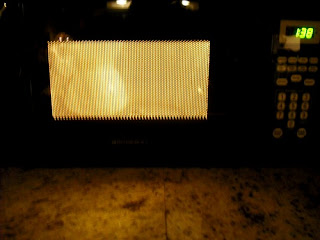 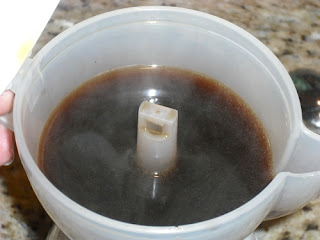 Cause in all honesty, this was the nastiest coffee I think I have ever had. I mean, the novelty of the idea is way schway, but the flavor is sorely lacking, and with a 4 -5 minute brew time (Being drip grind coffee and not actual espresso grind) you might as well clean up the coffee mess in the break room and brew a decent pot of coffee in the drip maker.

The coffee tastes slightly rancid as well as "Boiled" and over extracted from the grounds being "Cooked", and no matter how fast you take it out after it begins to percolate to the top pot, since the upper portion is closer to the "Magnetron" in the oven, it begins to boil in the top pot before the rest of the water has traveled up the tube... 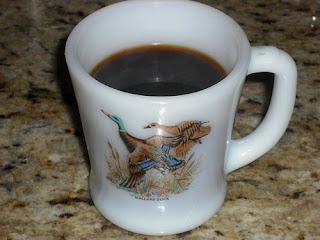 Yes, sadly, as cool as the idea was.... this device will not save you from office coffee or Coffee-maker challenged co-workers...
As much as I try to avoid the Green Eyed Monster (known as Starbuck's - The McDonald's of Coffee) I would seriously keep packets of their VIA instant coffee in your desk... ;) Cause it's actually pretty good. LOL

I'm cracking! For a moment I thought something's happened to you, cause this object and process sounded strange from the beginning. Thanks God you're safe and sound :)))))))))))) Toast to a real Moka

Interesting. Why the attitude about Starbucks though? They almost single handedly raised the US out of robusta beans and perculators. That, my friend, is not quite the same as McDonalds. And their coffee is fine, their business practices may be a bit cut throat on the local coffee shops. But you aren't getting stuck with garbage when they arrive.

And I can think of a number of successful coffee shops in Portland that have survived Starbucks. But they had to be better than "good" to do it.

Anyway, love the blog and the recipes.

Tatoosh - I will give Starbuck's their due. They really did start the education of the American people as to what was good coffee, and were instrumental in the Fair Trade movement but something has happened to them in the last few years. They just aren't the same as they were back in the early 90's (I use to hang out in Seattle's Public Market a lot) Their coffee seems to have become consistently mediocre... (It may have something to do with their push button brewing) Don't get me wrong, I still drink their coffee, but I find myself doing so only as a last resort... Mainly cause they always try to serve my Caffè Macchiato with caramel... ;) LOL My "McDonald's" comment is partially in jest, I have friends that work for Starbuck's, not that I was shamelessly plugging the VIA instant coffee or anything either... ;) I am really a Peet's kind of guy :)

That is a cool idea, too bad it sucks. Office coffee is one of the worse things ever. My brother used to have a vending machine, like from the 70s, where he works. You could get extra caffeine put into it. How frightening is that?

oh man...too bad it sucks cuz I would totally go for it. But then again, thats just one more thing that the microwave can't really do.