The Seventh Wonder of The Waffle World - Pizzelle

I was filtering through the last 2 1/2 years of Blog posts yesterday morning and realized that I never finished the Waffle tour.  Oh, I covered Dutch Stroopwafel, Danish FlødeValfer (Sour Cream Waffles), PiskeFlødeValfer (Whipped Cream Waffles) and my Mom's Nutty Spelt Waffles.  I even tried to set the record straight about the dubious "Belgian" Waffle; promoting their true forms, being Brussels and Liège Waffles.  But I realized that I have missed a few "waffles" out there.  Isvafler being one of them (Danish Ice Waffles), along with Norwegian Krumkaker and the ever delicious Pizzelle of Italy.  All three of these waffles tend to be more of a cookie, like Stroopwafels, but they are waffles none the less.

Thus, I decided to tackle the Pizzelle today.  You will have to wait for Isvafler until the Marionberries come into season later this year.  (sorry)

Hailing from Abruzzo region of Italy, the Pizzelle (peet-ZEL-ey) is one of the oldest cookies in existence.  Sometimes they are called Ferratelle due to their being baked in an iron (Ferrium) press.  But "Pizzelle" seems to be the most common usage.  These delightfully crisp cookies are a traditionally flavored with anise seeds, though Lemon, Orange, Vanilla are pretty common nowadays as well.  Heck, you can even make chocolate ones, though I find it hard to tell when they are browned properly...  ;)

Me? I like a nice combination of anise and lemon...  Meyer Lemon that is.  YUM!

Because they are soft when first removed from the iron, they can be rolled around a form when hot and allowed to cool into their crispiness, retaining said shape they were formed into.  This is great if you have some licorice ice cream lying around, as they can very easily be rolled into a cone shape.  The perfect edible vehicle for your Gelato. 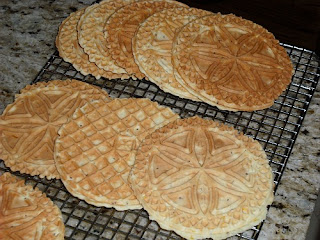 Place Eggs and Sugar in the bowl of an electric mixer with a whisk attachment. 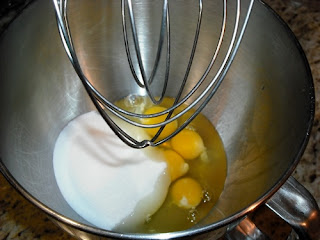 Whisk together until light and ribbony. (about 5 minutes) 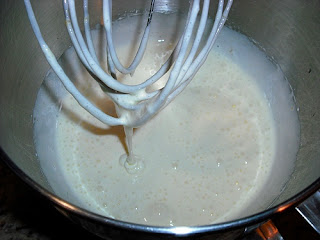 Meanwhile, melt the butter in a glass pitcher or small saucepan and set aside.
Zest the Meyer Lemon, squeeze out the juice and combine in a small ramekin with Anise Seeds, Vanilla Extract and a pinch of Salt. 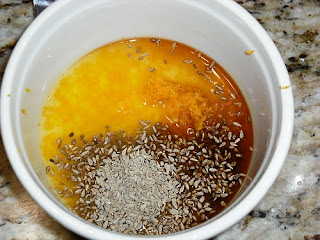 In a medium bowl combine the AP Flour and Cake Flour, whisking to aerate well. 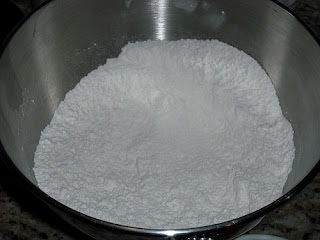 Once the Egg/Sugar mixture is pale and ribbony, slowly pour the butter in a thin stream (You are trying to create an emulsion) with the mixer on medium-high speed. 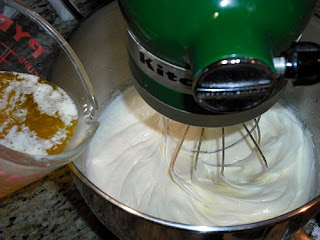 Once you have added all the butter, pour in the Lemon/Anise Seed mixture and continue whisking on medium speed until well combined. 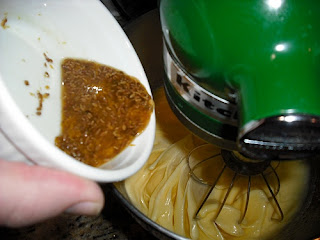 At this point, you should probably plug in your Pizzelle iron.
Remove the whisk attachment and replace it with the paddle, turn the mixer to low and begin adding the Flour mixture, a little at a time to prevent a Flour Bomb from exploding in your kitchen. 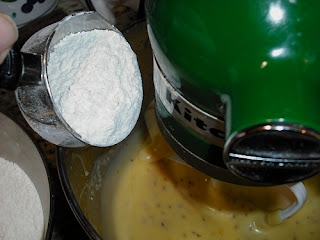 Once all the Flour has been incorporated, remove the bowl from the mixer stand and grab 2 spoons (Soup spoons that is) 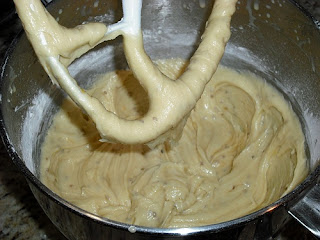 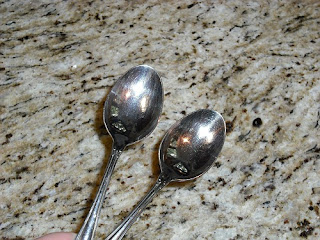 To load up a Pizzelle Iron simply scoop up a heaping spoon of the batter. 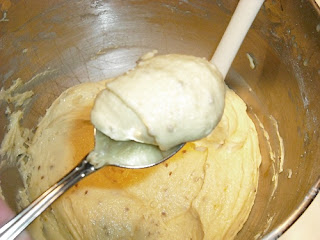 Use the other spoon to scrap it off the first spoon and onto the hot iron in a single blob. 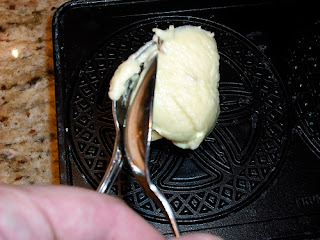 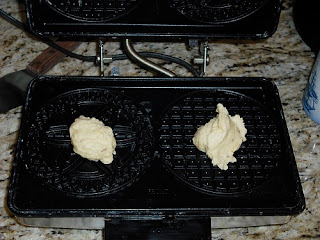 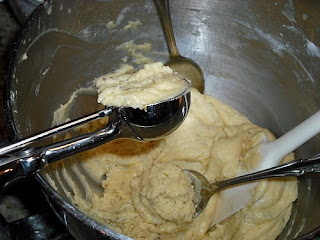 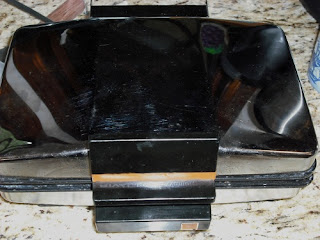 This is what it looks like after the batter spreads. (Just so's ya know) 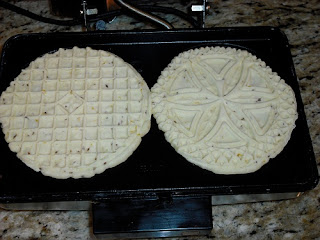 Allow the Pizzelle to "bake" for approximately 1 1/2 minutes until golden brown. 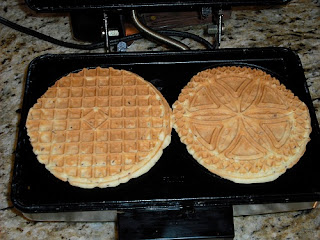 Then kick back with a nice cup of Earl Grey and enjoy!

Beautiful!!! I bought a waffle maker several months ago and have yet to use it. Why do waffles intimidate me?