I have a love affair with all things Alpine in origin.  By Alpine, I mean anything and everything that comes from the Alps in Europe.  Especially the food. Whether it's the French Alps and a tartiflette, the Swiss Alps and a classic Fondue, the Italian Alps and Pizzoccheri alla Valtellinesi, the Austrian Alps and kaspressknödel or the Bavarian Alps and Kasesuppe...  I love them all.  And why should I not?  For every single one of the afore mentioned dishes contains my favorite culinary ingredient..... Cheese.  Not just any cheeses mind you, but the most flavorful group of cheeses known to man.  Alpine cheeses.

Yes, I will concede that Parmigiano-Reggiano is still the undisputed king of cheeses and that Brie is the beloved queen, but all the grand dukes of cheese-dom are located in the alpine region of Europe.  Bitto, Raclette, Gruyere, Emmental, Bergkase, Cambazola, Beaufort, Fontina val d'Aosta, Comte, Reblochon, Graukase, Weissbier, Castelmagno, Butterkase, Gorgonzola, Tilsiter, Appenzeller, Bundnerkase, Tomme de Savoie, and so many others that it boggles the mind.  To heck with the moon, it's the Alps that are made of cheese.  And I love them all.

Man may not be able to live on bread alone, but add a slab of cheese and he's good to go.

Cheese simply makes everything better, from apple pie to soups.  And soup is what I am going to talk about today; Kasesuppe or Bavarian Cheese Soup.  Now don't think this is a thick and heavy soup, like some sort of Campbell's Broccoli Cheese concoction in a can.  Oh no my friends. This soup has just enough cheese in it to make it unbelievably savory, yet still brothy and soup-like.  Utter deliciousness in a bowl.  Cheese Nirvana, if you will.

Traditionally, Kasesuppe is thickened with soaked day-old bread, but I am cheating today and simply using flour and butter to thicken it.  What is truly important with this soup is the choice of cheeses.  You can use cheddar, but you have to be more careful with the heat, because cheddar has a tendency to clump up very easily when overheated.  Smooth melting cheeses such as Emmental and Gruyere are the traditional choices, but I have found that a mixture of Tilsiter and Bergkase or Bergkase and Weissbier are just as tasty. 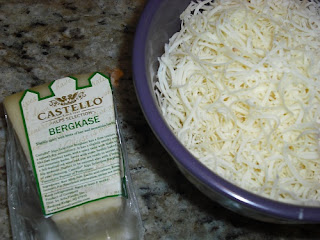 In my opinion the best beer choice is a dark (dunkel) Munich lager but there are several wheat beers, both dark and light, that would be fairly tasty as well.  Ayinger comes in a 500ml bottle, meaning there will be just over 4 oz left for the cook to enjoy while making the soup.  :) 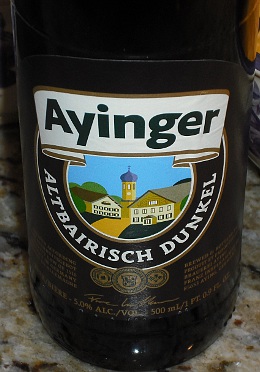 If you are having an issue finding a good Bavarian style beer, go ahead and try a Sam Adams Boston Lager.  Your looking for a rich malty beer that has not been over-hopped, (as is SO popular now days) so IPA's are definitely out. 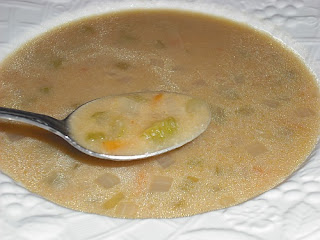 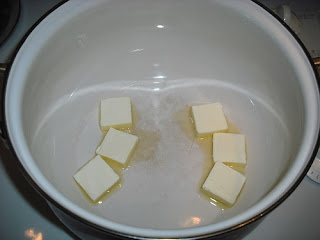 Add the vegetables and saute until tender. 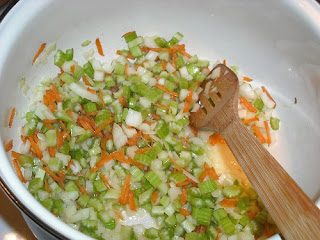 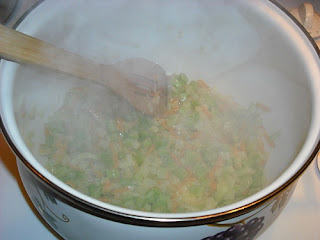 Sprinkle the vegetables with the flour, stirring to prevent clumping. 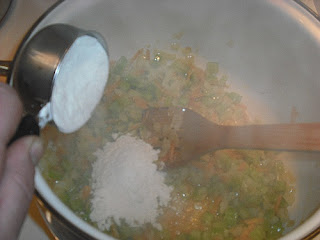 Cook the flour until it begins to smell nutty before adding the Chicken Stock, stirring to prevent lumps. 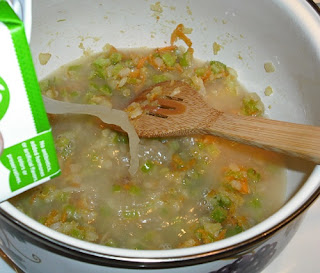 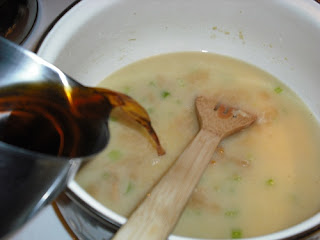 Season with Kosher Salt and White Pepper, then bring everything to a simmer. 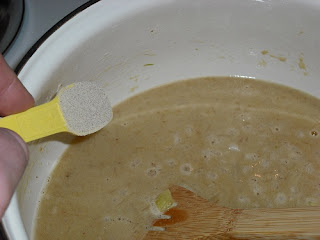 Hold at a simmer for 10 -15 minutes. (until the soup begins to thicken) 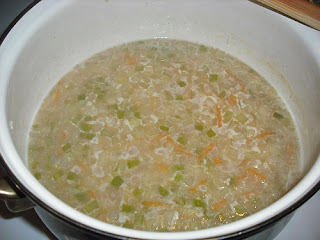 Remove the pot from the flame and add the cheese. 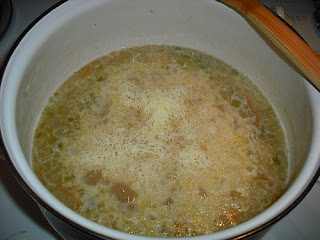 Stir until the cheese has melted completely. 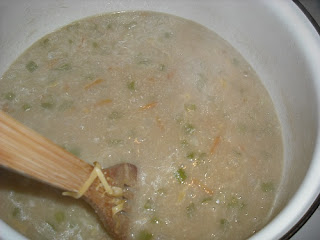 Serve. (with croutons or crusty bread if desired) 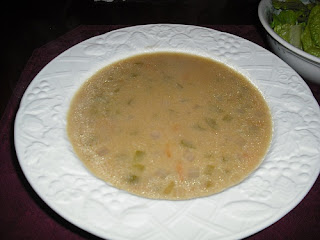 Shane you have brought back some very good memories for me. We lived in Germany for a while. I loved their cheese, breads, beer and salads. I have been cooking with a lot of dark beers this winter. A good dark beer and great Bavarian cheeses, how could you go wrong??