Over the years that I've been posting anecdotes, recipes, and pictures, as well as some exceedingly boring stories of my childhood, here on Culinary Alchemy, I have made no bones about the fact that I adore Fennel.  Sadly, that adoration sometimes borders on obsession.  But I figure, hey, if I don't blog and talk about how delicious fennel is, then who will?

Honestly, I believe it is one of those vegetables that gets ignored in the United States.  We just don't consume enough fennel here.  Then again, we don't consume many leeks either.  But that is another post.  It could be because all the grocery stores mistakenly label it "anise"... Silly grocery stores.  They don't even look alike. 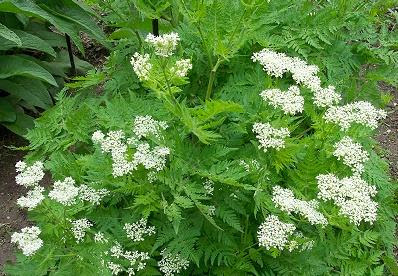 Which looks more like Yarrow or a flowering Fern...... 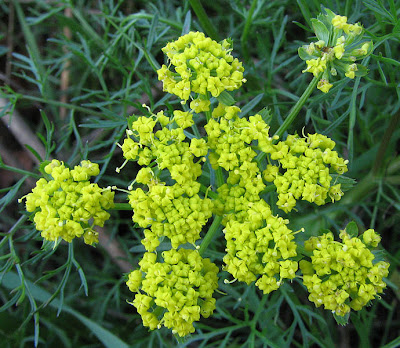 Fennel looks like Dill Weed, but with an edible white bulb at the bottom.

So now that we have established that grocery store owners are obviously not botnists....

Let me dispel the myth that Fennel tastes like Licorice.  It doesn't, not really.  At least the bulb and fronds don't really taste like licorice... Sweet, yes.  Licorice-y, not so much.  The seeds on the other hand?  Well, I'll give ya that one. They do have a flavor that is decidedly similar to anise seed and/or licorice root.  The active ingredient, that most people perceive as licorice-ness, is Anethole.  It is found in the Fennel seeds in much higher concentrations than the leaves, stems or bulb of the plant.  The funniest part about this is that actual licorice root contains only an infinitesimal amount of this "anethole".  The flavor of licorice really comes from a chemical called "glycyrhhizin" which is 30-50 times sweeter than table sugar.  Unlike sugar, it's sweet flavor builds up and then lingers afterwards.  In essence, it pummels your taste buds with sweetness. Then it continues to linger and hang around like an unwelcome house guest.  So, technically, the flavor of licorice is really nothing more than a taste bud overload.  This is very different from the "fresh" taste of the anethole found in Anise, Star Anise and Fennel.  Though to be fair, candy manufacturers cheat and use anise and fennel oils in their licorice products as a filler for the more expensive glycyrhhizin.

If you want to taste REAL licorice, you'll have to order it over the internet from the Netherlands or possibly Italy, where they revel in the true flavor of the root.

The point though, is that we should ALL be consuming more anethole.  It's GOOD for you.  I cannot stress this fact enough.  Anethole is an Anti-Inflammatory as well as a Cancer fighter.  Anethole has the amazing ability to shut down the inter-cellular signaling system called tumor necrosis factor (TNF)-mediated signaling.  By doing such, it prevents the release of an inflammation-triggering molecule called NF-kappaB.  Being high in vitamin C is also a bonus, since it's a water soluble antioxidant that boosts your immune system and assists in keeping your joints lubricated.  It also contains a healthy dose of Folate, which is necessary to convert the blood vessel damaging Homocysteine into less dangerous molecules.

It's a boon to the cook due to the fact that ALL parts of the plant are edible and taste slightly different, thus it provides multiple textures as well as multiple degrees of flavor depending.  The bulb is almost celery like in texture making it perfect in cooked preparations as well as being eaten raw.  The stems are more tender and great for seasoning soups.  The delicately flavored feathery leaves are excellent in salads for both texture and beauty.  The seeds, which come from a different cultivar than the bulb/stem/leaves, are of great importance when making sausages. I think you would be surprised to find how many different sausages contain fennel seeds, in varying amounts of course, but they are there.  Then there is the infamous fennel pollen.  What can I say?  It's the strongest flavored of them all, so a little goes a long way.

This is obviously one of my soap boxes.  I simply love the stuff.  All parts of it. So imagine how thrilling it was to see that the last issue of Food & Wine magazine featured a Risotto recipe containing Fennel.  I was absolutely beside myself with giddy delight.  Risotto is the great love of my life, and pairing it with one of my favorite vegetables is enough to throw me into a swoon. (I guess I truly am a food geek)

I had to change the recipe slightly though.  Not that I think I am an expert of anything, but I felt there was something missing from the recipe when I read it.  I do cook A LOT of fennel, so I am fairly opinionated as to how it should be cooked and what it should be augmented with. (OK, that does make me sound just a bit ego-centric doesn't it?)  How bout if I just say, "I know what I like with my Fennel".  I stayed open minded until the very end, and followed the recipe... but when I tasted it, right before removing from the heat to let it rest, I was right, it was missing "something"....  Citrus is always the perfect accompaniment to fennel.  In fact, I think it tastes a little odd if it's missing...  Thus, my addition. 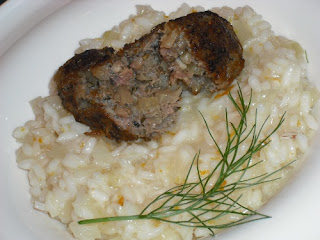 Combine Chicken Stock and Water in a saucepan and bring to a simmer. (Please note the gratuitous shot of my Corningware 4 cup Sauce Maker)  LOL 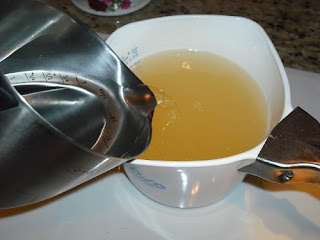 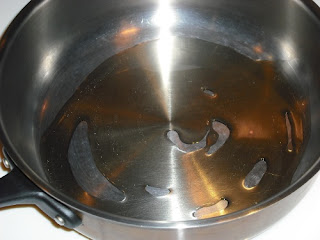 Add the Fennel ans Shallot, sweating them slowly (about 15 minutes) until they start to caramelize and turn soft and sticky. 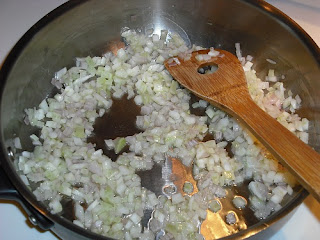 Add the Rice and cook until it begins to smell nutty. 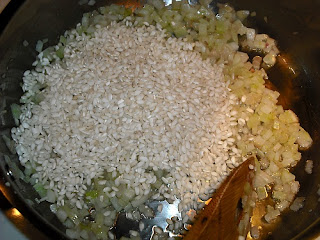 Add the white wine and stir until absorbed. 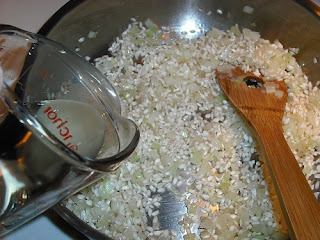 Begin adding stock, and stirring, one ladle at a time..... 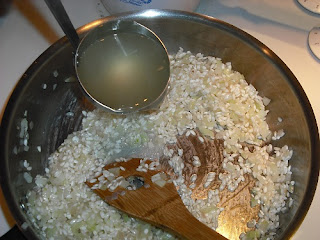 Continue adding the stock until the rice it al dente and well coated in creamy goodness.
Remove from the flame and add Butter and Orange Zest, then cover and let rest for 3-5 minutes. 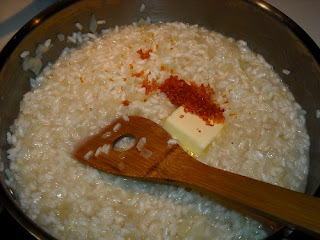 Stir the risotto and serve with shaved Ricotta Salata or Mizythra. 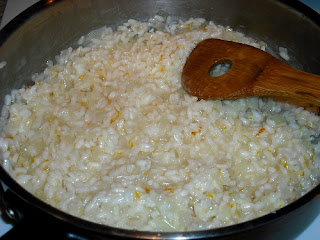 I opted to try the Lamb Sausage as well and serve them together..... 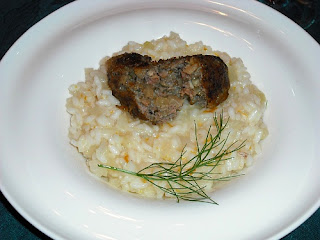 The Risotto was phenomenally delicious, but the lamb sausage was a little TOO warm and pretty much masked the fennel as well as the lamb itself.  I will cut the red pepper flake in half the next time.

I'd like to invite you to join the CookEatShare Author Network. I really enjoy your blog and I think the over 1 million unique montly visitors to CookEatShare.com will too.

By joining our Author Network, your blog posts will be indexed and users will be guided to your actual blog when searching your recipes or profile.

The service is free and easy to sign up for. Simply visit www.cookeatshare.com/blogs/apply or contact me at Kyra@cookeatshare.com. You'll get a unique link to claim and customize your profile. We look forward having you in our network!