It Ain't German, But It Sure Is Wunderbär - A Texan Phenomenon, German's Chocolate Cake

German's Sweet Chocolate (The baking bar) was the brain child of "Baker's" employee Sam German, who developed the sweet baking bar in 1852. The idea was to "help" the home cook by incorporating the sugar directly into the chocolate bar, thus lowering or eliminating the need for additional sugar in a given recipe. 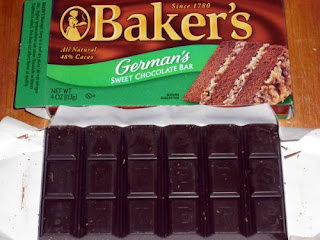 While the Chocolate bar has been around for a long time.... The Cake, properly called "German's Sweet Chocolate Cake" with the possessive form, was not widely known outside the south until 1957 when a Dallas newspaper printed a recipe submitted by a local housewife. Sales jumped in the area, so the recipe was submitted to several newspapers by General Foods (who had since bought "Baker's Chocolate"). True to rights, the cake recipe was a hit all across America and sales of German's Sweet Chocolate Bars Jumped an incredible 72%.

So what exactly is German's Chocolate, and why is it so special?
German's Chocolate is about 48% Chocolate solids and contains NO milk.
Why is this significant?
Even "Dark" and some "Semi-sweet" Chocolates at 54% & 65% can contain a few milk solids and are much less sweet. Milk Chocolate on the other hand is rarely above 30%, usually 25%, and contains large amounts of milk. Thus diluting the "chocolate" flavor. This is what sets German's Chocolate apart. It has an extremely Chocolaty, but sweet and does not require massive amounts of added sugar to compensate as is necessary with Dark and Semi-Sweet Baking Bars.

It all makes perfect sense that the Cake hails from the south, after all, it is a Buttermilk or a "Velvet" type of Cake, which are very common in the southern states. Pecans are plentiful in Texas, and lets face it; the Cake has, not 2, but 3 layers, and EVERYTHING is bigger in Texas. So there ya go. Proof positive of the cakes origins...

Up until about 10 years ago, I had never tried to make one. I thought it was some secret family recipe or something. When I became comfortable in the kitchen, I finally asked my Mom and Grandmother if I could get the recipe from one of them... They exchanged knowing looks and told me to look inside the German's Sweet Chocolate box... I must say, that I was both ecstatic that I would not have to ever worry about loosing the recipe, and yet a little bummed that I didn't become privy to the "ultimate secret" of all that is Cake.

Regardless of the origin, the cake is absolutely delicious... or wunderbär (Voon-Der-Bar - Wonderful in German)
I admit, I am a purist and prefer the sides of my cake sans frosting. I like to be able to see the layers, so smearing the sides with more Chocolate icing just seems sacrilegious to me. Taking away from the glory that is the Coconut Pecan deliciousness spread between the layers. I don't decorate my German's Chocolate Cake with Maraschino Cherries either. To me that says "Black Forest" Cake (which IS German), if I want Black Forest Cake, I make Black Forest Cake, not Black Forestize my German's Chocolate Cake. ;) 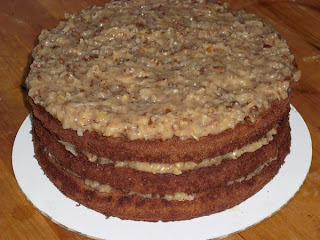 Preheat oven to 350 degrees
Measure out Buttermilk and set aside. (to let it warm up a little) 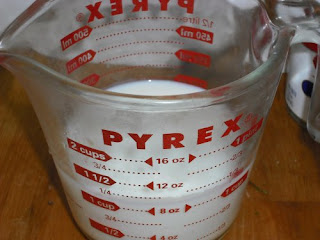 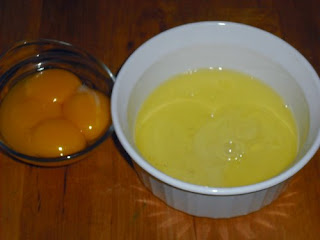 Break up the Chocolate and place in a small bowl. 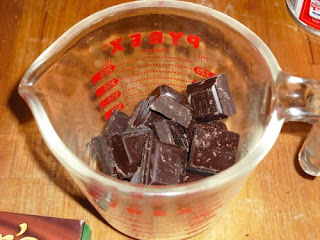 Bring a kettle of water to a boil, measure out 1/2 cup and pour over the broken chocolate; set aside 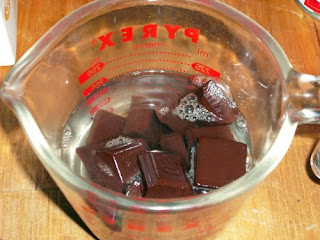 Prepare your 3 9-inch round cake pans by cutting parchment or wax paper to fit the bottom; set aside 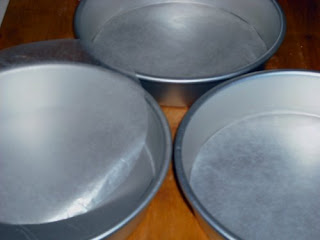 Stir the Chocolate/Water mixture.
In a medium sized bowl, whisk together the 2 flours, baking soda and salt; set aside 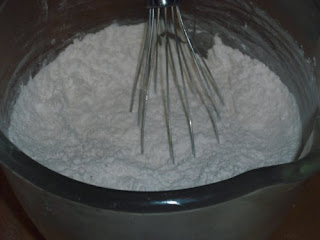 In a large mixing bowl, cream Butter and Sugar together until light and fluffy. 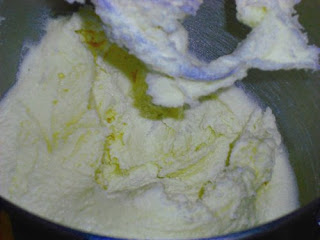 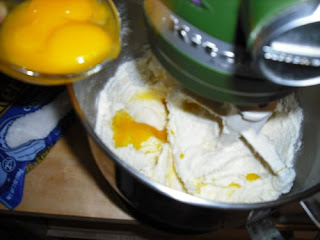 Stir in vanilla; then slowly pour the chocolate/water mixture while continuing to blend. 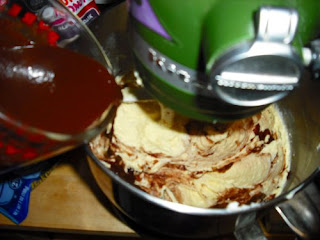 In a separate bowl, beat egg whites with a pinch of cream of tarter, until stiff peaks form; set aside. 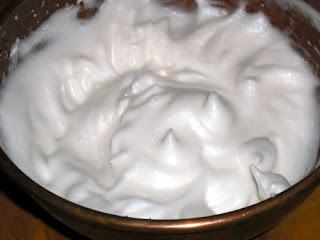 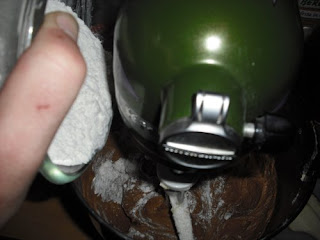 with the Buttermilk, beginning and ending with the flour. 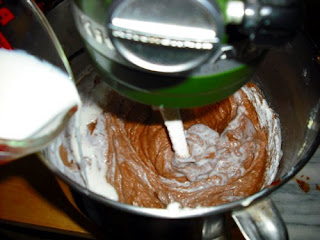 Grab your largest spatula (in this case, Size DOES matter) 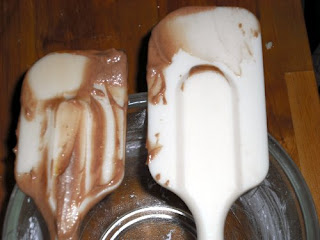 Fold in the egg whites in 2 batches. 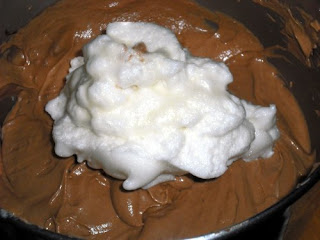 Divide the batter between the 3 prepared baking pans. 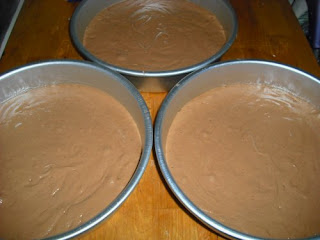 Bake for 30 minutes or until cake springs back when lightly pressed in the center. (leave oven on to toast Pecans) 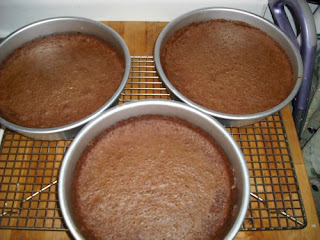 Cool 15 minutes in the pans, then turn out onto a cooling rack, peeling the wax paper/parchment from the bottom. 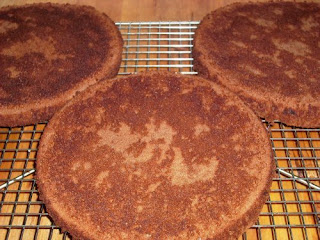 Let cool completely before assembling with........

Place Pecans on a baking sheet and place in the 350 degree oven for 8 minutes before chopping. 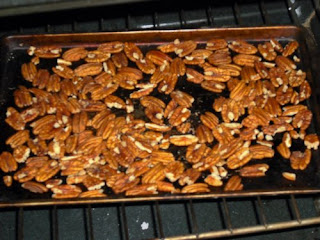 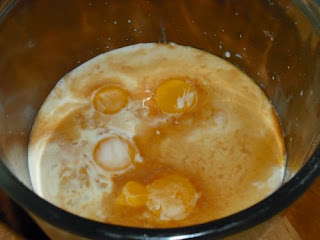 Add Granulated Sugar, Butter and a pinch of salt. 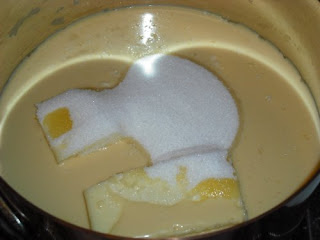 Place over medium heat and cook for 12 minutes, stirring constantly to prevent scorching, or until thickened and slightly darker in color. 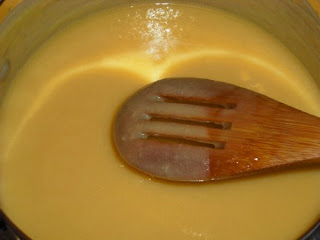 Remove from heat and stir in Coconut 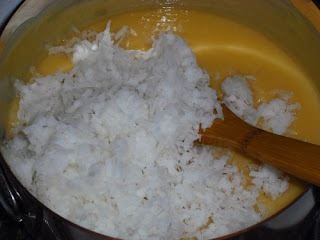 Cool to room temperature and use to frost German's Chocolate Cake. 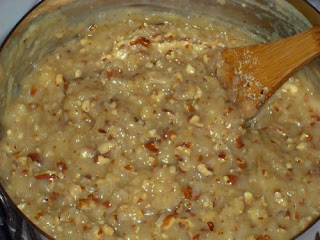 Yay for German Chocolate Cake! I love the fact that you didn't ice the sides, it tends to get too sweet and then you can't taste the delicate chocolate. Nice!

I love German Chocolate cake...I actually bought some German Chocolat recently thinking I was going to make one, but... Yours is just gorgeous...and thanks for the history!

Shane,
I think our families must be related, some of my favorite family recipes when I finally get them are from places like where you found yours. Your icing sounds better than the one I make for on my German Chocolate Cake though, I will have to try yours next time.
PattiT/BakeSpace

Gorgeous! I've actually never had a German's Chocolate Cake (never knew the story either). I could go for some now, I missed breakfast... ;)

oh man. Now i'm torn...i was planning on trying a new recipe for carrot cake and then you had to go and make a german chocolate cake! what to do what to do. NO NO I can't possibly do BOTH (i cant i cant).

Shane...click on it, there's a link to the lady I get it from! I'm thinking she said it was going to be discontinued soon, though :( But, she does has lots of great sea salts (there's a link on my sidebar, too s.a.l.t.)