I must apologize for the delay in getting this posted. It's been a little bit of a whirl wind weekend, primarily due to vehicular issues. (I now have more issues than the Auto Trader) I made this sauce on Friday night and used it as accompaniment to the Gougeres, but didn't get around to reducing the photos or writing the post. 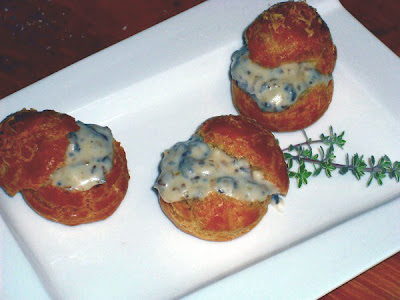 What is Sauce Duxelles?
It's one of the French small sauces that is based on Béchamel. So in essence, if you know how to make Béchamel, your good ta go. Simply sauté onions and mushrooms together, add them to a completed Béchamel sauce with a little crème fraîche and an egg yolk.. That's all there is too it...

I made a few changes, just for me... I used leeks and mixed mushrooms, half cremini and half re-hydrated morels. I also found I was out of Crème Fraîche, so I added a little heavy cream instead.

Saute the leeks in the 2 TB Butter until soft but not brown. 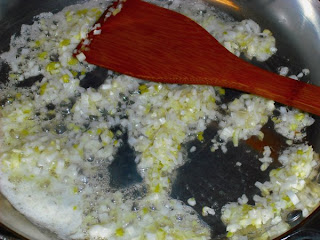 Add the fine diced mushrooms, stir until the mushrooms start to soften. 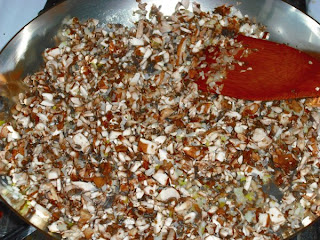 Add salt and pepper to taste and set aside while making the roux. 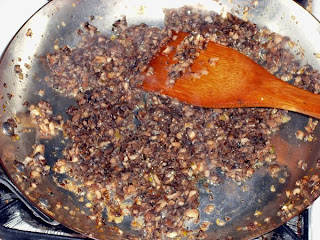 In another saucepan, melt the butter, letting it foam a little to cook out some of the water. 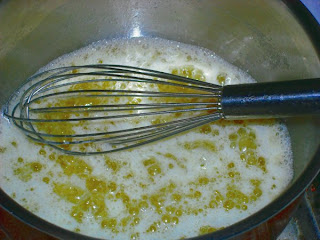 Add the flour and cook with constant stirring over a medium heat for about a minute. 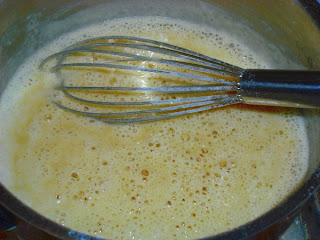 Add the milk while stirring constantly until the roux thickens and begins to boil, 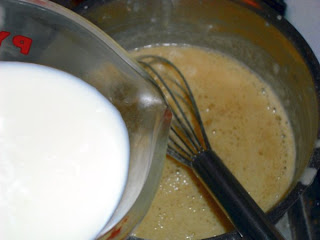 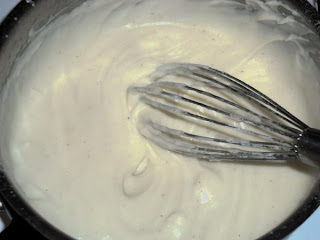 Remove from heat, add Tarragon, Nutmeg, salt and white pepper to taste and stir in the leek/mushrooms. 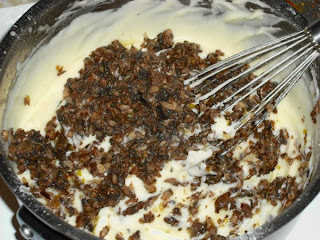 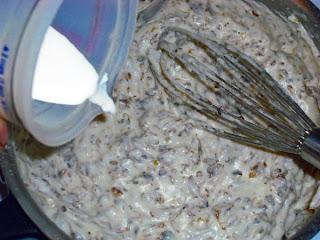 Then stir in beaten Egg yolk. 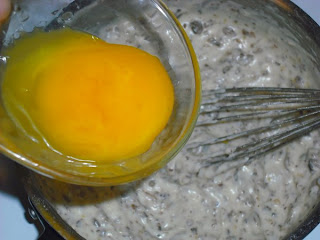 Return to a low heat to keep the mixture warm while the gougeres bake.
To serve, slice the very top off of a gougere and spoon in the sauce, replace the "cap" and serve.
If you can mince your mushrooms fine enough, you may be able to pass the mixture through a pastry bag fitted with the same filling tip used to fill eclairs and creme puffs.

I joke that this is like an upscale (chi chi poo poo) version of Biscuits and Gravy... ;)

chi chi poo poo...ha ha ha ha. They've got me drooling, that's all I know :D ...off to drink some Merlot