I was first exposed to Afghan cuisine at a restaurant called Khyber Pass. This is my attempt at one of their dishes called Aushak. It's a delicious combination of flavor and texture. From the spicy leek wonton dumplings, to the hearty meat sauce (similar to a ragù) all offset by the minty chill of a yogurt sauce. Hey, any dish that has TWO sauces is all right by me... :)

The nice thing about this dish is that it can all be prepared ahead of time and stored. The Aushak freeze beautifully and the sauces will hold in the refrigerator for at least 48 hours. It may seem a little daunting at first, due to it's three parts, but they are simple to prepare, and your efforts will be greatly rewarded. 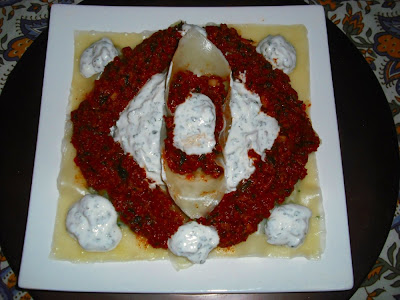 Place all the ingredients in a bowl, 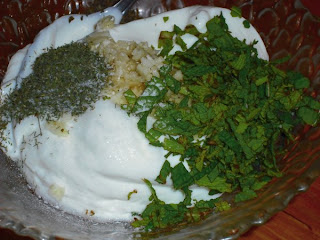 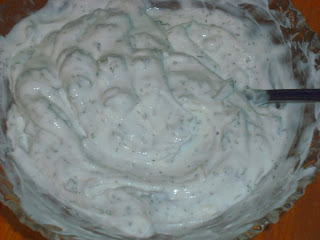 Meat Sauce
1 Onion; finely diced
Olive Oil
3/4 lb Ground Beef (I used Ground veal cause it was what was in the freezer)
3 cloves of Garlic; finely diced
1 1/4 tsp ground Coriander
1 tsp Mace or 1/2 tsp Nutmeg
3/4 tsp ground Ginger
1/4 cup Cilantro; chopped
1/2 cup of Beef Stock or Water (you might not need it all)
4 TB Tomato paste
Salt and Pepper to Taste

Sauté the onions in olive oil until soft. 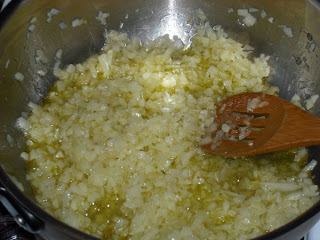 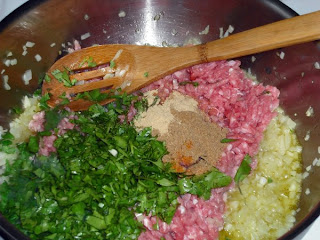 Add 1/4 a cup of the Beef Stock and simmer slowly until the Stock is reduced by half. 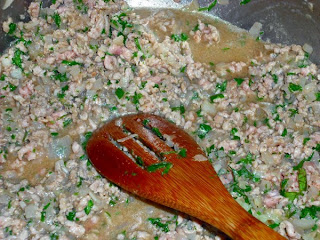 Stir in the tomato sauce, add salt and pepper to taste, and simmer for five more minutes. 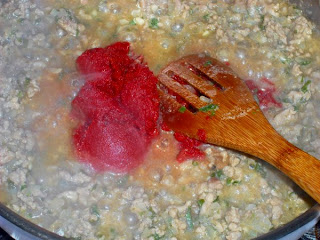 Add more Stock if the mix starts to look dry.
It should be as thick as a Ragù alla Bolognese (thick but not dry). 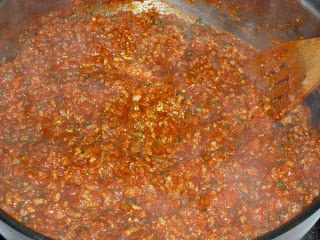 Cover and set aside in refrigerator.
The meat will absorb the flavors while resting

Sweat leeks and green onions gently in oil until soft but not brown. 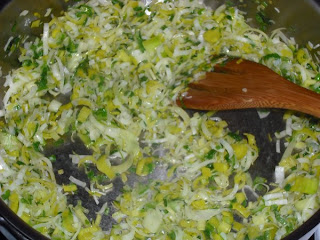 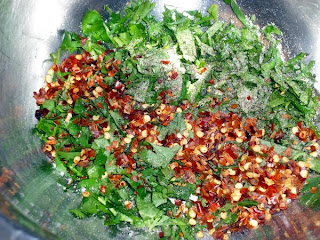 When leeks are soft, add them to the cilantro mixture and toss. 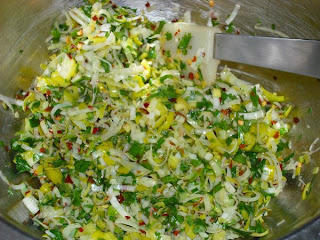 Place a teaspoon of filling on a wrapper, dab the edges of the wrapper with a thin layer of egg, fold the wrapper onto itself to form a triangle, and press firmly to seal. 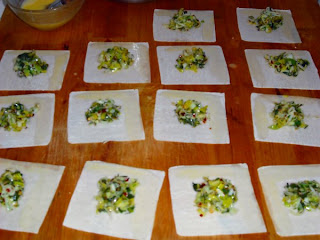 Dust dumplings with flour and place on a flour sprinkled baking sheet. 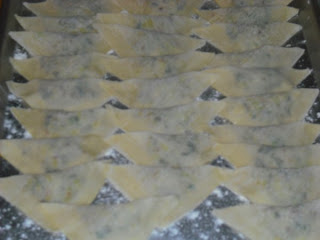 Cover the baking sheet with plastic wrap until ready to cook.
You can also freeze the aushak on the tray, then move them to a freezer bag and return to the freezer for several months.

Bringing it ALL together
Bring a large pot of water to a boil.
Place Beef sauce over low heat to rewarm.
Drop Aushak into boiling water, cooking for 1 minute if fresh and 2-3 minutes if frozen.
Drain Aushak and move to a plate.
Spoon warmed meat sauce and chilled yogurt sauce over them, in any configuration you like, from complicated, like above, or simple like below. 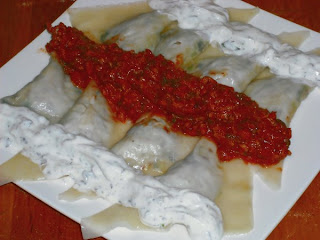 wow and yum! Anything with dill in it is totally yum! and so beautifully displayed (I'd expect nothing less from you of course :) )

hi there! Great recipe! How do you freeze the extra Ashak's? I would imagine that they would stick together in the freezer and become sticky when thawed? How do you do that? Thanks in advance.

Thanks for visiting, I am please you like the recipe. For freezing, I lay them on a baking sheet in a single layer, if another layer is necessary, I lay down waxed paper between the first and second layer. Then cover with plastic wrap. Once frozen solid they can be moved to a freezer bag and stored for a couple months. When ready to cook, don't worry about thawing them out, even if frozen they only take a couple minutes to cook. They will float when ready.