Mt. Liliana rises from the sea floor; the newest Volcano in the Hawai'ian chain. 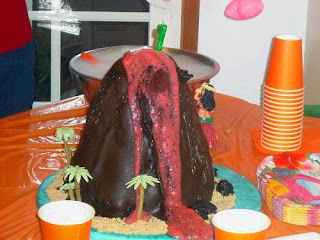 And whaddya know, it was just in time for my niece's Luau Birthday party.

This is how my brother and I built Lillyann's Volcano Cake.

First we acquired a Styrofoam base, cake boards, supports, a vase and some 'store bought' fondant (it wasn't suppose to be eaten) 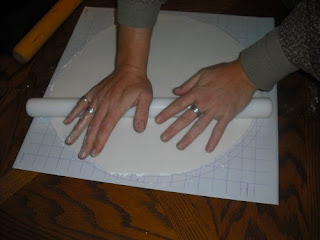 Chris glued the cake board to the Styrofoam which was then covered with the 'store bought' fondant and trimmed with a pizza roller. 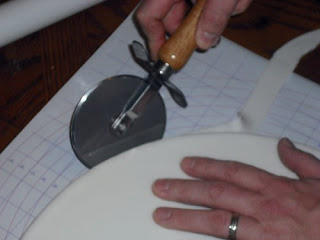 Then, a smear of butter creme to hold the base in place. 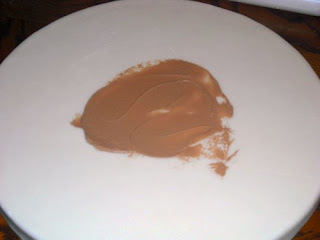 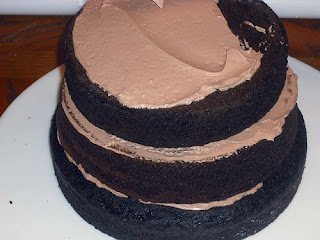 At this point the supports had to be placed in and another cake board places on top. 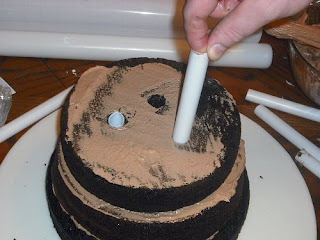 This was to support the cinder cone that my brother had baked in his pampered chef batter bowl. 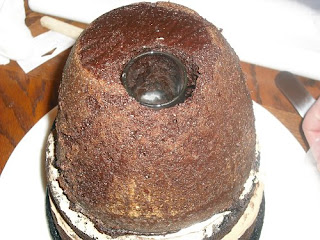 Once the cinder cone was in place, complete with embedded vase, it was time for a quick crumb coat of Butter Creme. (And a beer) 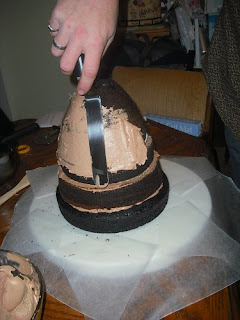 After that had chilled, the second coat went on. (and another beer, cause it was midnight at this point) 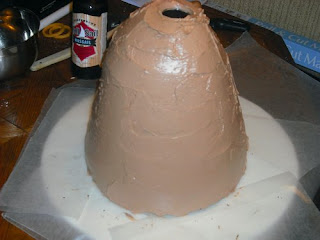 Then the marshmallow fondant was rolled out in 1 big 24 inch round sheet (Probably no the best idea, but we didn't want to have a seam) 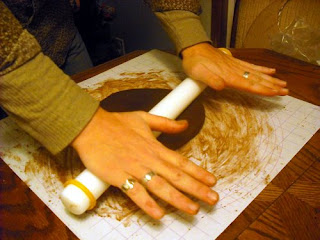 We tried to gather the extra fondant to form ridges, it wasn't working really well, but we managed some sort of "ridge-ing" with just a little bit of water to smooth things out. 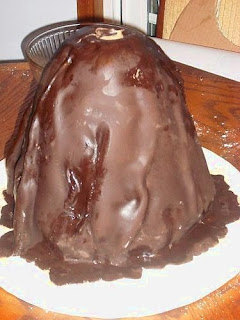 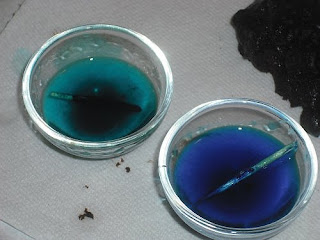 Then it was time to place the lava rock (from previous eruptions) which came from the tin foil my brother had placed under the cake when he baked it and burnt hunks of the batter. (I thought that was pretty clever; wish I had thought of that) 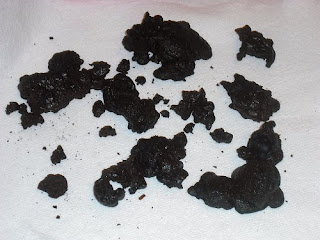 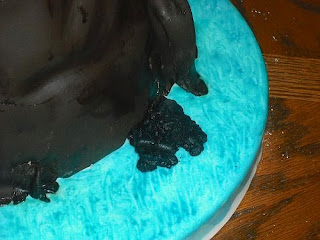 A sprinkle of Nilla Wafer sand.... 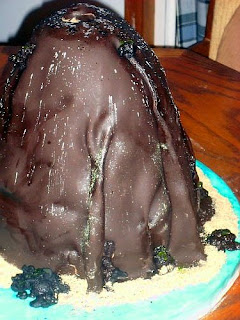 And a dash of silver luster dust to look like ash.... and finally, the gum paste palm trees (that survived), but I didn't photograph the palm tree process 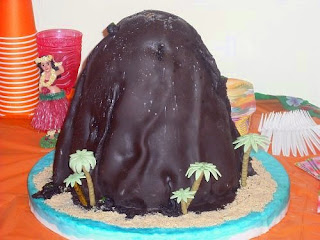 The mountain is angry, dry ice steam is issuing forth (though it's hard to see with the bubbling caldera of punch behind it) So we sang "Happy Birthday", but we must have sang off key or something because the mountain got REALLY angry ;) 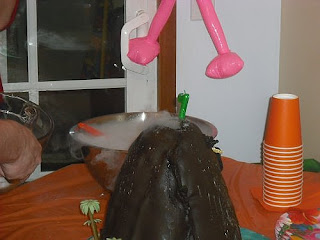 Suddenly, molten lava spewed angrily forth from the mouth of Mt. Liliana!!! (OK, it was beaten egg and Lemon juice with dry ice dropped in and a mixture of Baking Soda, warm water and vodka poured over it; ALL of which had to be dyed in a combination of No-Taste Red and Burgundy)

Then we all got hungry (please note the vase in the cutaway) - All Egg exposed fondant was removed and thrown away.... Hmmm Right now it looks kind of like the Northeast slope of Mt. St. Helens. 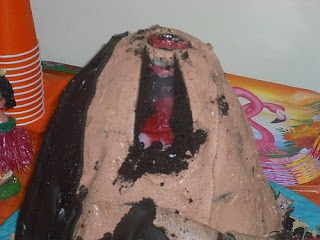 It was a mighty tasty Volcano. 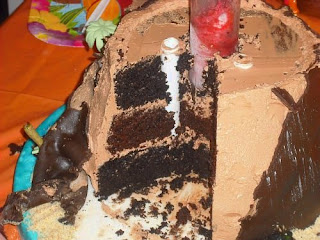 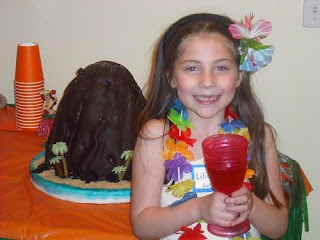 OMG Shane, you guys rocked it OUT! The whole thing is amazingly clever. Looks like your niece truly appreciated it too. Now I want a luau party! waaaaah

She is so dang cute!! What a lucky girl to have you make her birthday cake. You did a great job.