There are many many frostings and icings on the planet. But there is only one Butter Crème (note the lack of a "frosting" or "icing" descriptor). OK, maybe that is incorrect... There are actually 4, but they are simply different paths that can be traveled to reach the same Nirvana.

Regardless of method, all Butter Crèmes are composed of 3 things, which I like to refer to as the BC Trinity. Sugar (granulated, not confectioners'), Eggs (whether whole, yolk or white) and of course, Butter... 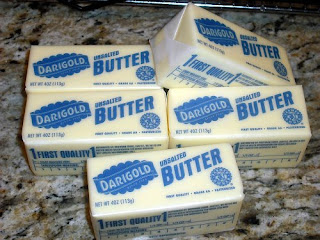 Lots and LOTS of butter, which is why they taste so good and have that unctuous mouth-feel that can only be achieved by massive quantities of artery clogging butter...

Of the 4 methods, my personal favorites are Swiss and Italian forms. I feel that they hold up better under higher temperatures and the Swiss version can even stand up to simple piping designs. But before I get into the recipe, let me clarify the 4 methods of Butter Crème.
They all have their pluses and minuses:
The French method is unparalleled in richness, but is extremely susceptible to any temperature above 65 degrees and better used as a filling between the layers with another "Frosting" to hold it in place.
The American method is quick and simple, but lacks the richness of the French and is still susceptible to higher temperatures.
The Italian method produces a more stable result, but isn't as rich tasting as the French or American, but it is also the least sweet of them. (Which I find to be a good thing)
The Swiss method, though being much sweeter than the Italian, is also the most stable of the 4. It can be piped into basic designs and hold it's shape up to 78 degrees before melting, but it takes the longest to make.

For my nieces birthday cake, it was decided that Butter Crème was in order, so Swiss it was, flavored with chocolate, of course. The following recipe is capable of holding up to 8 oz of melted Semi-Sweet chocolate, but this time, due to the sweetness, I decided to hit it with 5 oz of Unsweetened Chocolate. This also increased the amount of Cocoa Butter in the frosting, which I was hoping would add to it's stability a little. 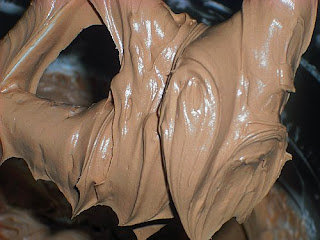 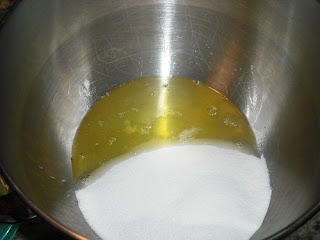 Place the bowl over simmering water. 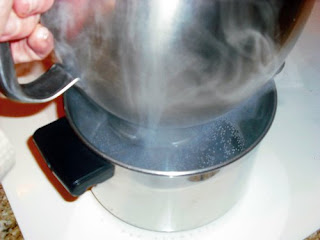 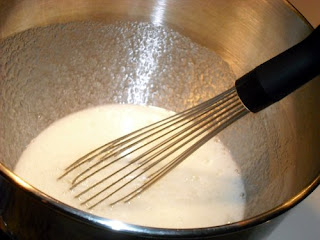 and the mixture reaches 160 degrees.... Hold it there for at least 2 minutes to "cook" the Egg Whites. 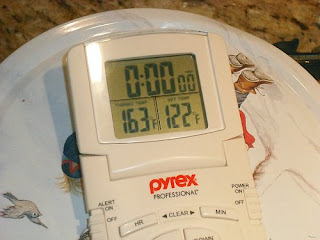 Move the mixture to a stand mixer with a whisk attachment 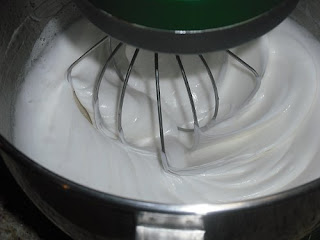 and begin whisking until the mixture forms stiff peaks 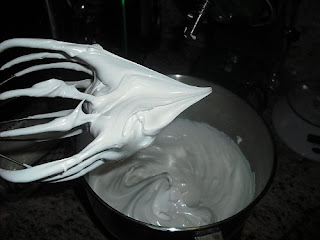 While you are whisking the meringue, begin cutting up the butter into 1 tablespoon increments. 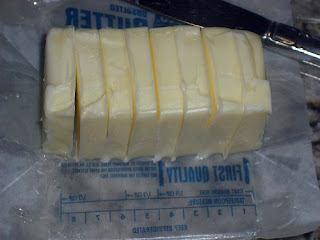 When the meringue is completed, change over to the paddle attachment or a beater attachment 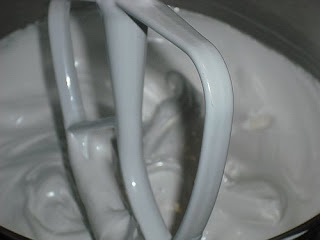 Check the temperature of the meringue, hopefully it is at about 75 degrees. (if it's over 80, your butter will melt instead of combining properly) 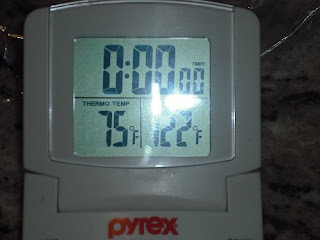 Begin beating the meringue on medium speed while dropping butter chunks into the bowl; waiting until the first piece is incorporated before adding the next. 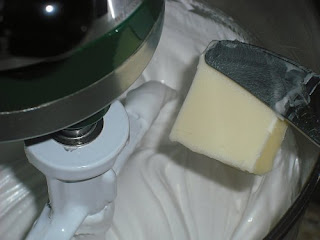 Just before you hit the 1 pound mark, the meringue will look like it has broken and it will get all kinds of lumpy.... 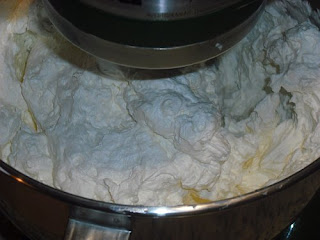 Do not be disheartened, just keep going... and forcing more butter into the mix, (Beat it into submission with more butter) LOL It will come back together again... Trust me. 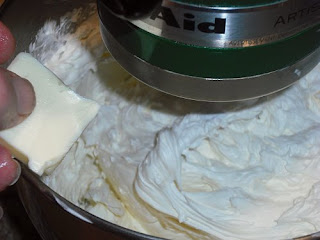 Melt your chocolate so it has a chance to cool a little (I used the microwave, in 30 second increments) 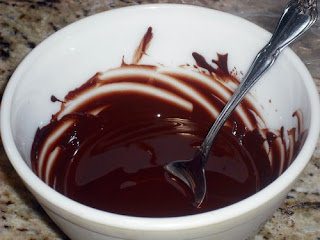 Once you have added all the butter, continue beating for about 5 more minutes and Voila...!!! Swiss Butter Crème!!! (This is where you would stir in the vanilla really quick...) 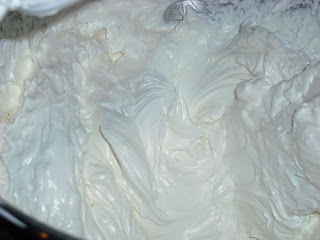 Now, your chocolate should be cool enough to add into the mixture at low speed 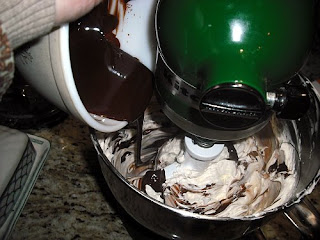 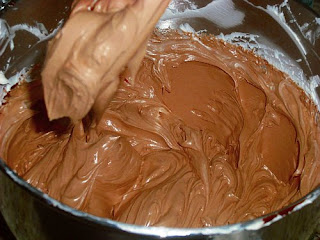 Spread all over your favorite cake, or eat the whole bowl with a spoon. If your not going to use or eat it right away, just spoon it into a bowl and cover with plastic wrap. 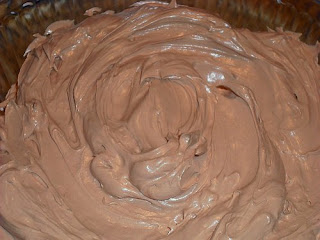 It will keep in the refrigerator for about 2 weeks. When ready to use, simply bring it to about 65 degrees, then place back in the mixing bowl and beat for 10 minutes to restore creaminess before spreading on your favorite cake.

I'm impressed and swear, I'd dig my face into that bowl, have no idea why I never think of butter cream when making cakes

I've never made a cooked frosting, but I bet I would like all of those! Can I have that beater...? :D

Oh my, that sure does look good. Seems like this time of year I am so into making cookies and pies that I never bake cakes. Now I am wishing I had an excuse to bake a cake!

can I lick the bowl please? (while it's still full of course!!). My birthday is next week...is there time to put in an order for my birthday cake? :)