The 4th of July is here again and it's time to celebrate the "signing" of the Declaration of Independence penned with great pains by Thomas Jefferson for the second continental congress.  Though the "Shot Heard Round the World" occurred in April of 1775 and the fighting would continue until the signing of the Treaty of Paris in 1783, today is the day we celebrate the signing of the document that justified the colonial rebellion and subsequent forming of our republic.

Being a holiday that is near and dear to our hearts there are many "traditions" that have sprung up over the last 235 years.   Parades, Festivals, Fireworks and BBQ's being the most prevalent.  I was lucky enough to grow up in Corbett.  It may be a small "Hamlet" in eastern Multnomah county, but when it comes to the 4th, it's an all out block party on a grande scale with parade, festival and a massive firework display.  In between all this merriment, dad would BBQ hot dogs and hamburgers.  But the best part of our 4th of July celebration was the homemade Root Beer ice cream.  True, we had an old hand crank machine, and always had to call on the neighbors for reinforcements before our arms fell off, but the exertions were well worth it.

This tradition is so ingrained now, that it just doesn't seem like the 4th of July without ice cream.  Granted, I don't necessarily make Root Beer ice cream anymore, and I definitely don't use a hand crank machine, but Ice Cream is an absolute must for this occasion.

This year, I have decided to resurrect a flavor that seems to have disappeared from the common market.  Butter Brickle.  That inspired combination of butterscotch ice cream and toffee bits.  Honestly, it doesn't get much better than that. Which, consequently, makes my wonder why you can't find this evocative flavor of frozen deliciousness anymore.  I think it's high time that it was brought back for everyone to enjoy. 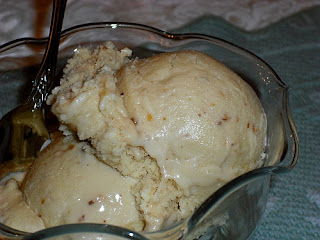 Heat Milk, Cream, Butter and salt in a large sauce pan over medium heat, just until bubbles begin to form around the edge of the pan. 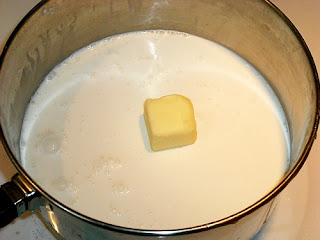 Grab a 1 cup of the Butterscotch Syrup..... (You'll still have an additional cup for other applications) 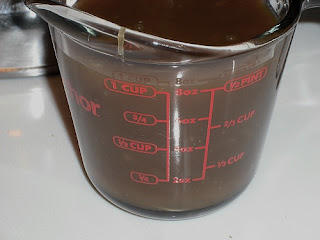 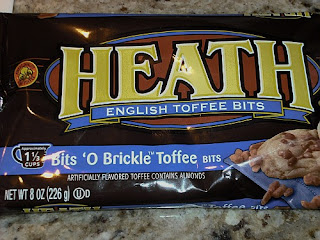 Add the Butterscotch syrup and whisk until dissolved. 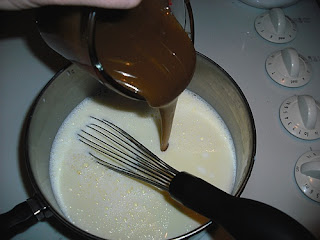 While the Milk mixture is heating, beat egg yolks lightly in a medium bowl.
Condition the yolks by adding about half of the hot Milk mixture while whisking constantly. 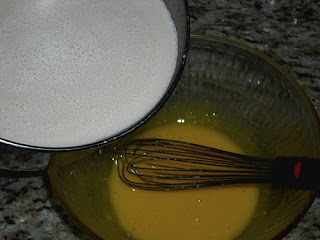 Add this back into the sauce pan (again, whisking while adding it) and return the mixture to medium flame. 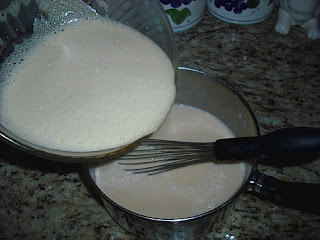 Continue cooking the "custard", whisking occasionally, until it is thick enough to coat the back of a spoon. 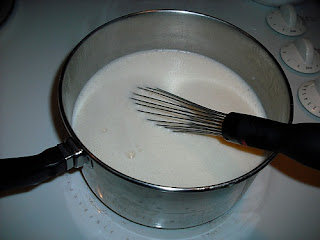 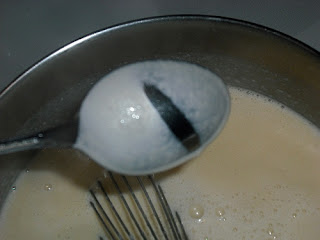 Remove from the heat and strain through cheese cloth to remove any potential lumps. 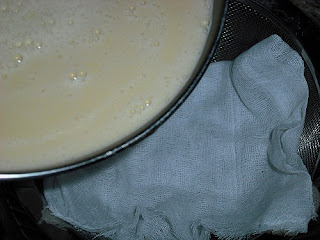 Cover on the surface with plastic wrap to prevent crusting, and chill in the refrigerator until VERY cold. 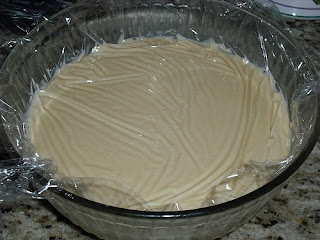 Freeze according to your ice cream maker instructions. 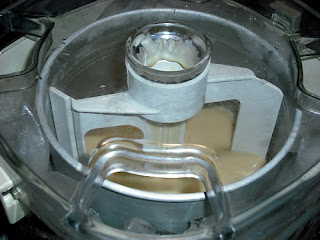 Once frozen, move the resulting Butterscotch ice cream to a freezer container. 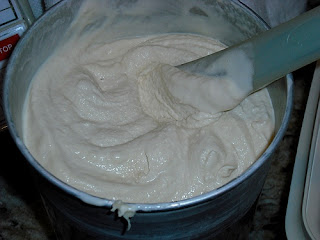 Add the Brickle chips and stir them in. 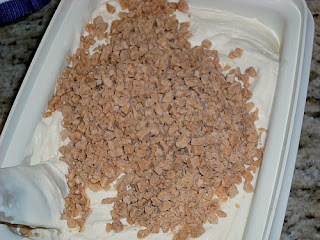 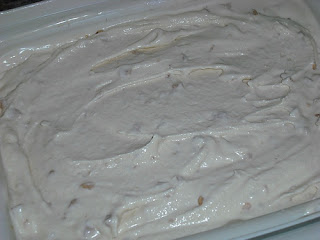 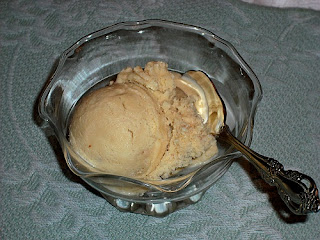 I love toffee, hmmmm why can't we find this ice cream?? Yours sounds yummy. Happy July 4th to you!