Which side is YOUR Scotch Buttered on? - Butter Scotch Syrup

There is a lot of confusion out there regarding Butterscotch, Caramel, and Toffee, so hopefully this will help a little bit.

Butterscotch - Brown Sugar and Butter (sometimes cream) cooked to Soft Crack stage. (It's not from Scotland and doesn't necessarily contain Scotch whiskey either)

Caramel - White Sugar (sometimes with a tiny amount of water) that has been heated to 300 degrees and begins to "Caramelize" or Brown due to a Maillard reaction.

With regards to that ever delicious Caramel Candy and Caramel syrup....  well depending on how they are made, they may or may not be real Caramel.  Unless the Sugar is actually "caramelized" before the addition of other ingredients (Cream and Butter in varying amounts) then they are not really caramel.

Case in point - Evaporated Milk caramels - The proteins in the milk are browning at a much lower temperature than is necessary to caramelize the sugar, thus the sugar acts only as a sweetener, because the milk would scorch if cooked past 300 degrees.  This is also why cream is used when making real caramels, because it is much lower in milk proteins, being mostly fat.

But back to Butterscotch.  Being that Butterscotch is simply a mixture of brown sugar and butter, and not the caramelization of sugar, this leaves a whole gamut of dessert deliciousness at your disposal....  From syrup and sauce to soft, chewy bits all the way to it's original confectionery form which resembles a Werther's Original.  This leads me to WHY it's called Butterscotch.  "Scotching" is the name for the process of pre-scoring hard candy after it has been poured, allowing for easier cutting once the candy has completely cooled.  I know, it's as confusing as the "Swiss" steak not coming from Switzerland, but being the name of the process of repeatedly puncturing it (swissing) to tenderize it.

Geographic misnomers aside, making Butterscotch is ridiculously simple and a great addition to your dessert repertoire. I am forgoing the original hard candy form, and seeking a softer side of Butterscotch with a sauce/syrup.  Trust me, there is a madness to my method, which will become apparent later.  As a result I will be using a little corn syrup to ensure it does not become too hard as this would be detrimental for Phase II of my master plan.  But even if you don't take this syrup to the culinary extreme that I have planned for it, it's GREAT over ice cream.  :) 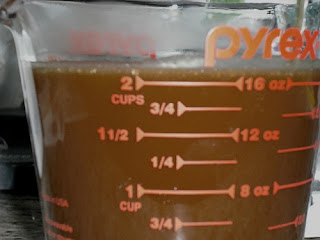 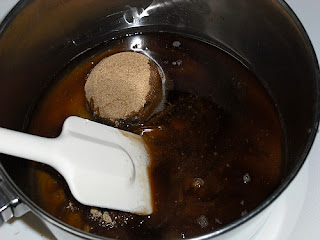 When the Brown Sugar has dissolved, add the Butter and stir until melted. 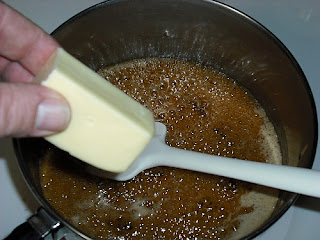 Add the Heavy Cream and continue stirring until the mixture comes to a slow boil. 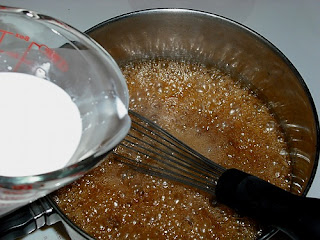 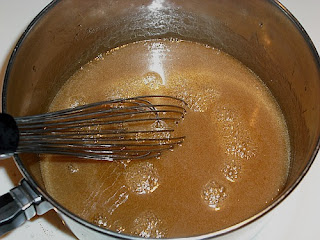 Boil for approximately 10 minutes (no thermometer) or until the syrup, dropped from the spoon, holds a short thread. 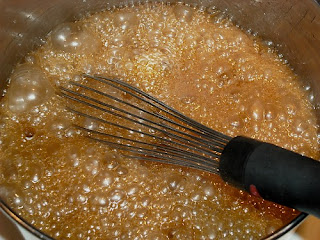 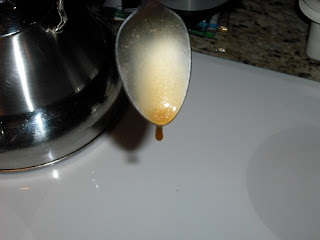 If you are using the optional Lemon Juice and Scotch, whisk them in now. 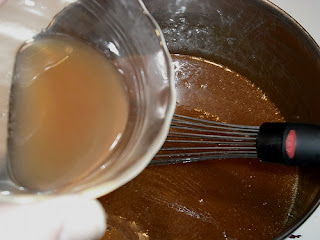 Pour the mixture into a heat proof container and allow to cool.

If refrigerating, sauce may need to be warmed slightly. (makes about 2 cups)

Wonder why this recipe was not in my e-mail? You have really been blogging up a storm, it is nice to see your posts. Even if they do make me drool.