Blonde and Beautiful - Blondies vs Brownies

I realize that "nothin says lovin" like Brownies fresh from the oven, but but lets give the Blondie it's due. I hear people refer to Butterscotch "brownies" and every time I hear it, I cringe...
A Brownie, by definition, is simply an unleavened chocolate cake batter. Any other cake batter can be done this way, that does not make it a Brownie.... Chocolate Deficiency = Not a Brownie....

In the case of the gooey unleavened butterscotch cake batter, this is properly referred to as a "Blondie", mainly because it lacks the chocolate, which WOULD make it a Brownie. Blondies are delightfully buttery due to this lack of chocolate letting the other ingredients shine through.

In all honesty, I think the reason the whole "brownie" thing bugs me so much is that I actually prefer Blondies to Brownies. That rich buttery molasses covered nut flavor is phenomenal... Yes, most Blondies contain nuts or some sort, I usually use Pecans, since butter, brown sugar and pecan just seem to go together. Think Pralines, as in "PRAY-lean"; not "praw-le-NAY", which is a similar idea, but made with hazelnuts and usually ground into a fine powder to be added to chocolate (That is another post)

I went ahead and made both tonight which is why this came up. I was making brownies for work for the IS/IT team when I remembered there are about 5 people in the department that don't like chocolate... Since the last thing I took to work was the Chocolate Guinness Cake, I figured I had better bring something NON-Chocolate before I got lynched. 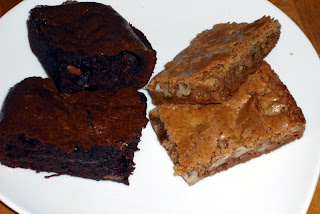 Line a 13x9 pan with Parchment paper, leaving an overhang so the brownie slap can be lifted out in 1 piece. 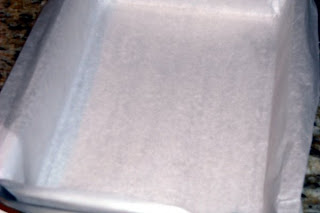 Preheat oven to 350 degrees.
In a large sauce of sauté pan, melt Butter over low heat.
Chop your chocolate to facilitate even melting. 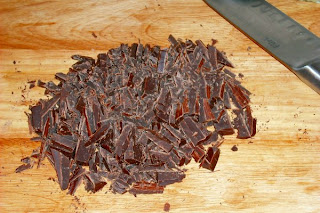 Add chopped Chocolate to the melting butter and stir until smooth. 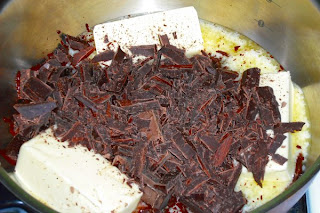 Remove from heat, whisk in Cayenne and Salt, then set aside to cool slightly. 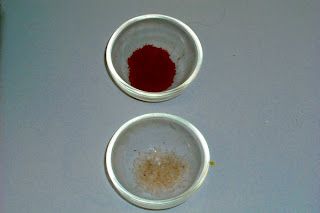 Meanwhile, whisk eggs and sugars together with Vanilla and Strong coffee. 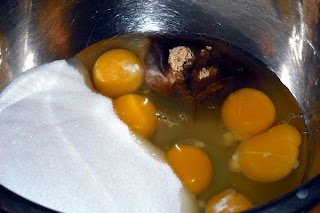 Once the chocolate is cooled, begin pouring in the eggs, in a steady stream, into the chocolate, stirring constantly. 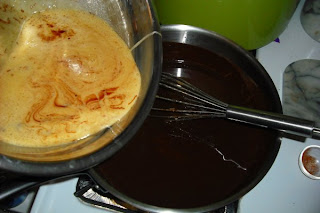 This will keep the eggs from curdling; Chocolate scrambled eggs, while tasty are not what we are going for here.

Your chocolate mixture should thicken slightly once the eggs are incorporated. 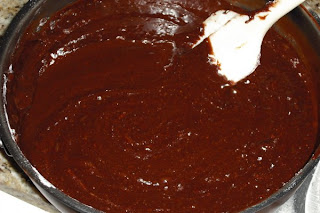 Begin folding in the Flour, just until combined, lumps are OK. If you mix it too much, your brownies will be more like cake when they are finished baking. 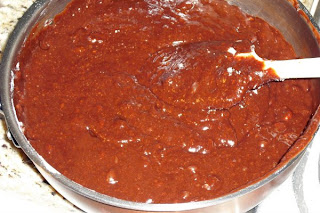 Once the flour is folded in, add the Chocolate Chips and incorporate with a few quick strokes.
Pour into your prepared pan and, with a spatula, level out your batter making sure to get it into the corners. 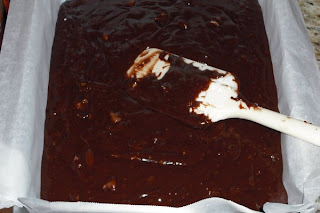 Then bake in the oven for 30 – 40 minutes. (5 minutes less for a dark pan)
Brownies are not supposed to be cooked to complete done-ness or they will be dry. You will know they are done when the top becomes shiny and mottled. 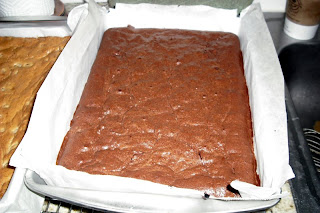 Line a 13x9 pan with parchment.
Preheat oven to 350 degrees
In a sauce pan, melt butter. 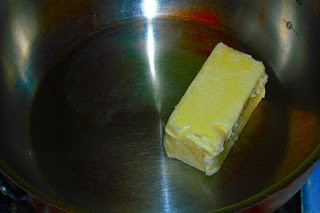 Stir in the brown sugars, stirring until "Melted' and the mixture just begins to bubble (This is similar to making a Pecan pie) 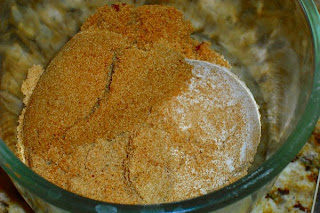 Whisk eggs and yolks together with Vanilla.
Pour in the eggs in a steady stream, while whisking constantly to prevent scrambling. 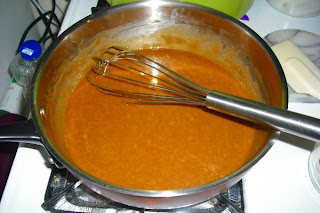 In a small bowl, whisk flour, baking powder and salt. 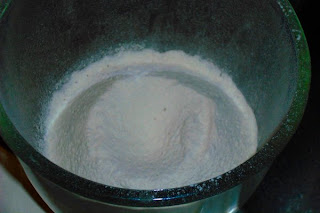 Fold Flour into the egg mixture.
Fold in Pecans and toffee chips (if using) 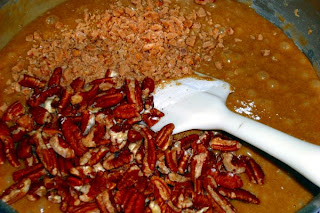 Spread into the pan. 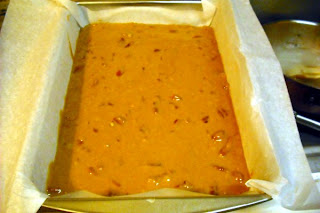 Bake 35-40 minutes (5 minutes less for dark pans)
Remove from oven and cool on a rack. 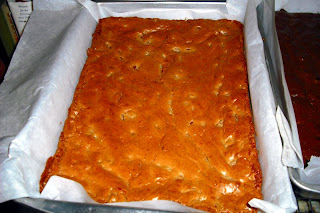 Lift via parchment and cut when cooled.

From Spryte at Spryte's Place.

Ok... I scrolled quickly past the brownies to get to the blondies!! Not being a big chocolate fan... I prefer blondies too... and on a blog I was looking at earlier today, I saw Snickerdoodle Blondies! I was going to make them tonight. Now I'm torn! If I go on a Blondie Binge... my chocolate loving family will be lynching me!

I haven't had blondies since I was a kid. I wasn't terribly fond of them then, I really need to try them now that my tastes have changed. They sure do look good. Heh.

The brownie recipe just SCREAMS for Tonga vanilla bean!!! I haven't been a fan of "blondies" but your recipe is unique, maybe I'll try that too. :)

I've never had a blondie before (that i know of....could've as a kid and didn't know it)...but I seriously wanna try it!!

I made the blondies last night! I finally got the right sugars! Steve said he wouldn't eat it without a little chocolate so I put 1/2 cup of chocolate chips in it. They melted of course but it was still delicious!!!

Only thing was that I didn't have the right pan so they were very thick but still gooey and delicious!

I was looking for something creative like this. Then tried this awesome recipe and it does not disappoint. It's a snap to prepare and really tasty.