I don't really have a catchy title for this one.
Mainly because it took so long to type up the name, that my brain is exhausted and I can't think anymore. This is another La Cucina Italiana recipe, from April 09, that I modified to suit my own tastes. Originally, it was made with almond flour and Maraschino, but while I love the almond-esque flavor of Maraschino (made with Marasca cherries, including the pits), even DiSaronna Amaretto for that matter (made from apricot pits), I am not overly fond of the flavor that almond meal, paste, marzipan or extracts bring to pastries. And yet, I love the toasted almonds on Bear Claws... Go figure.

With this in mind, I set out to modify the recipe to utilize hazelnuts instead of almonds. Originally Maraschino was added to the chocolate sauce. Since Maraschino is not nearly as sweet as Frangelico, which would seem the logical choice for a hazelnut flavor, I chose instead, to highlight the Tahitian Vanilla Bean in the pudding by adding Tuaca and Cognac to the chocolate. Tuaca for the burnt vanilla flavor and Cognac to smooth the rough edges of the Tuaca (Let's face it, I love Tuaca but it can be a bit harsh).

One thing I have noticed about some of the recipes in La Cucina Italiana... They seem to miss steps and kind of leave ya hanging on what to do. This can be really annoying at times. I am not sure if this is a translation problem or if certain "steps" are suppose to be assumed. Regardless, I pretty much assumed what was suppose to happen, even though there were no steps for several things. I have attempted to rectify this issue, and explaining what I did instead of the recipe directions. 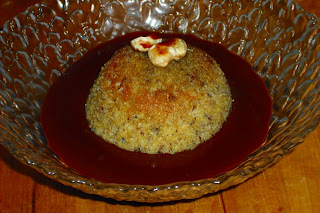 To Prepare Molds:
Demerera Sugar for the Molds
Unsalted Butter for the Molds (European if you can find it, the fat content is higher)
Special Equipment: 6 3-inch half sphere cake pans. Preheat oven to 350 degrees.
Butter the molds, dusting each with Demerara sugar to coat the inside, just like flouring a cake pan, then set aside. 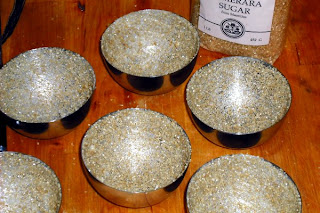 In a small sauce pan over Low heat, melt butter.
Once butter is melted, split the vanilla bean and scrape out the caviar with the back of your knife. 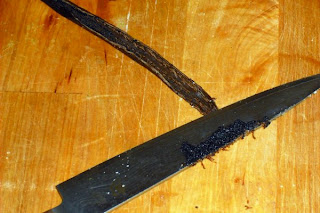 When the butter has quit "boiling" and most of the water has dissipated, remove the pan from the heat and add the vanilla caviar to the pan, set aside to steep. 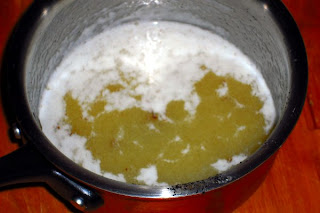 Place the Challach slices in a bowl 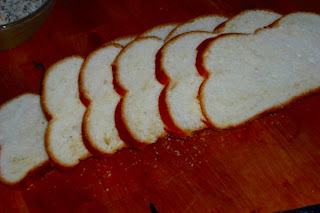 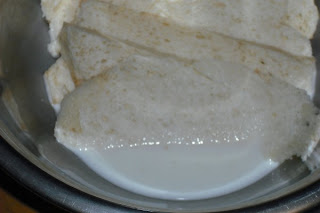 After 10 minutes, squeeze milk from the bread and discard the milk. 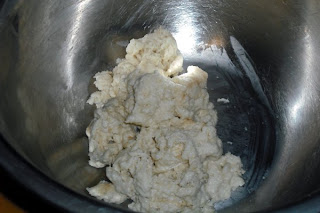 Place bread in a another bowl with the Vanilla Butter, AP flour, Hazelnut flour, the 5 TB of Sugar, Egg yolks, Egg and a pinch of salt. 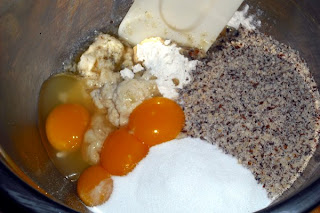 Stir the ingredients to combine into a paste. 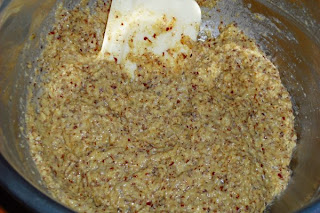 In a separate bowl, begin beating egg whites at medium speed, with a tiny pinch of salt, until soft peaks begin to form.
Begin adding the Superfine sugar a little at a time, (yes, they still make it. It is finer than the "Baker's" Sugar, so it measures different, but makes the best meringue) 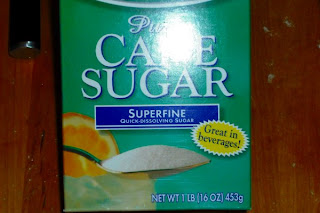 continuing to beat at medium speed until stiff peaks form. (You cannot go full speed on egg whites or the proteins stretch to fast and break... More on that in another post) 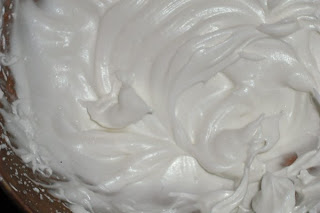 Fold egg whites into the batter. 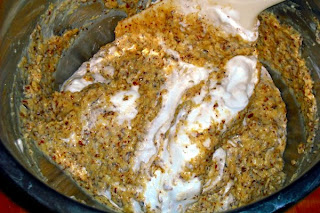 Transfer batter to prepared molds and bake on a baking sheet for 20 minutes or until a cake tester comes out clean. Turn baking sheet after 10 minutes to ensure even baking. 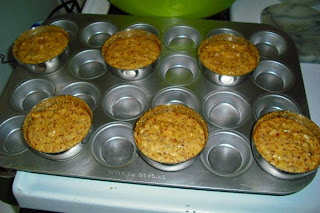 After removing from the oven, let set for 5 minutes ONLY in the molds. 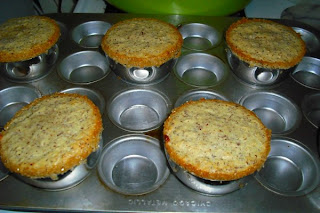 Unmold one a cooling rack and continue cooling. (if you leave them in the molds they will draw moisture and you will loose the demerara "crust")

Before serving, make the chocolate sauce:
Place 3/4 cup Water into a sauce pan over low heat. 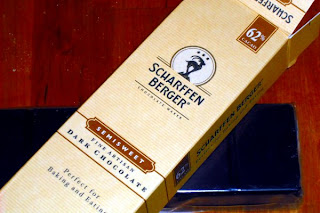 Add 4 oz Chocolate and whisk until melted and smooth. (Sauce should be glossy) 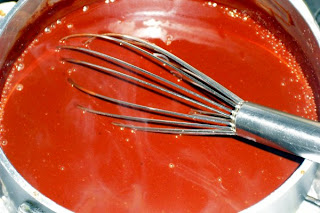 Remove from heat and stir in the Liqueurs. 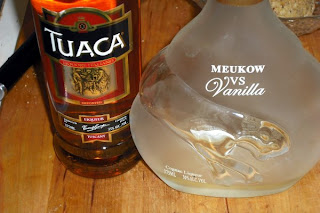 Serving:
In a shallow bowl, spoon chocolate sauce, place 1 cake, rounded side up, in the sauce and top with toasted Hazelnuts.

Oh, this hurts it looks so good!

Hi my name is Patti, and I would like to apply to be your taste tester or at least your apprentice. Any openings at the present time?