Stroop to My Level - The Stroopwafel

Yeah, it's time to travel to another part of the globe in the never ending quest for delicious waffles. Our journey, today, takes us to Gouda in the Netherlands. No, no, Gouda is known for more than just its delicious cheese. Oh yes... For it is also the home of the Stroopwafel. Which, in my opinion, is the bestest waffles EVER! (The Liege runs a REALLY close second).

What is a Stroopwafel? It is a very thin cinnamon waffle made from something that can best be described as a yeasted cookie dough. The hot waffles are split in two while still flexible, filled with a cinnamon molasses syrup (stroop). Oh Yeah Baby! It is then pressed back together and allowed to crisp up as it cools. Exquisitely delicious... Leave it to the Dutch to come up with something so decadently divine.

I have been wanting to make these for Eons, but a stroopwafel iron is a little hard to come by. At least on the Southern West Coast. Oh, they are available on Fantes.com for a small fortune, but I have never been able to justify the expense. Well, I found one, quite by accident, and I broke the cardinal rule for waffle iron purchasing:

"NEVER buy a plastic housed waffle iron, because it is incapable of getting hot enough to properly bake a waffle."

I can get away with following this rule, because I have no little ones running around that can get burned, just my own clumsy self. ;)

But I am digressing... What's so special about a stroopwafel iron...? Well the grid looks like this... 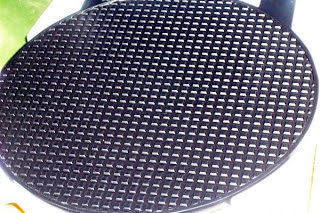 And much to my excitement, Rival is now selling one, and calling it a "Ice Cream Cone maker". Which is technically correct, since the pattern is the same as that of the Sugar cone (I have a feeling the Sugar cone was invented by a Dutchman, but I will have to research that).
I have noticed that things like this happen... Pancake puffs come to mind (which I will be posting about in the near future). I am sure you have heard or seen the Pancake Puff pan which became such a rage about a year ago. Can anyone say Danish Aebleskivers??? The darn thing has been around for centuries, but they gave it a new name and a commercial, and it becomes all the rage... LOL Life is funny.

Suffice it to say, that I now have a Stroopwafler/Sugar Cone Maker and for being plastic, it seems to work fairly well, except I have to hold it closed, because the lid plate isn't heavy enough to place enough pressure on the dough. This is something that I can work through. So without further babbling, I present ... Directly from Bowie, Maryland... Mrs. Watson's Recipe for Stroopwafels. 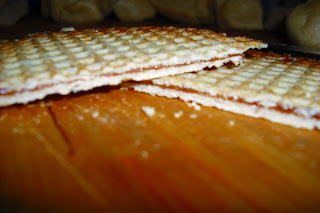 Makes about 32 pieces
(You will need a VERY sharp knife, preferably a fillet knife)

Proof yeast in 3 TB water with 1 tsp sugar until bubbly. 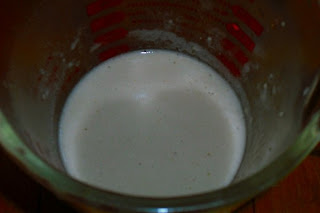 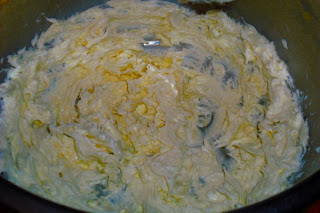 Add the yeast, flour and eggs 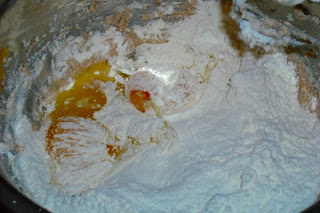 mix with until crumbly. 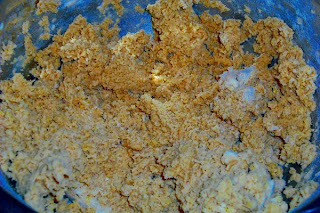 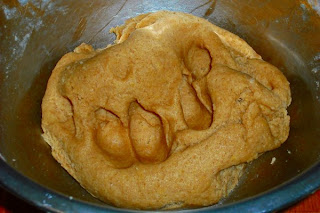 Set in a warm place for about an hour to rise. (Don’t worry if it doesn’t look like it’s raising much, it’s a heavy semi cookie dough) 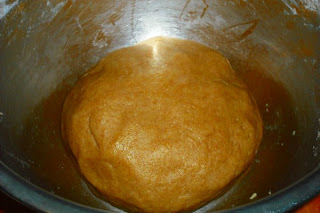 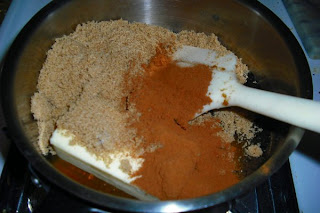 and cook slowly until thickened a bit (about 10 minutes). 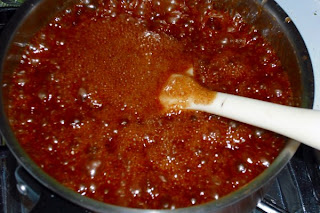 Remove from heat, it will thicken as it cools, but still must be slightly warm and thin enough to spread easily. 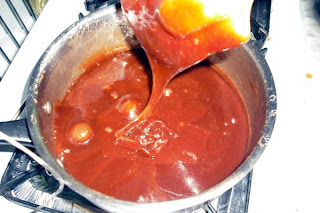 If it cools too much, reheat gently; if it thickens too much, add a bit of Lemon Juice.
Heat your waffler.
Divide the dough into 32 pieces and roll them into balls 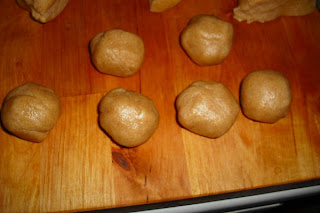 Place a ball in the waffle iron 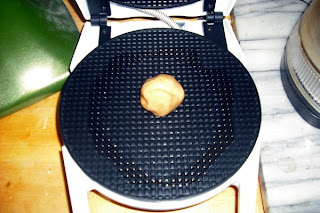 Press down and hold it down for about 30 seconds. 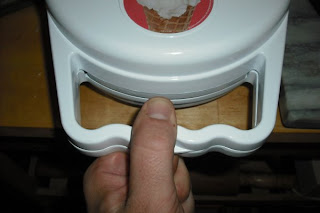 Remove waffle, and with and extremely sharp knife, slice waffle in half, horizontally. Be quick, or the waffle will crisp up on you and all will be lost... 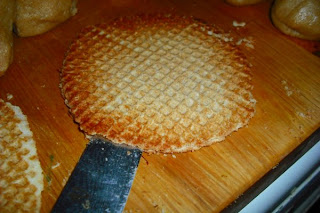 (They will be really hot, but you must be quick) 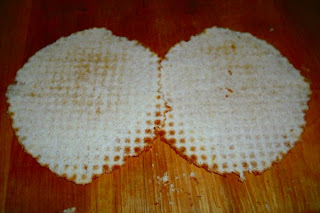 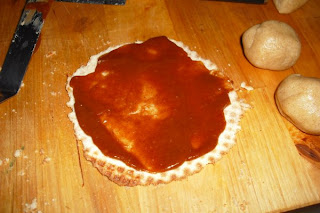 Then press the two halves back together again and set aside to cool and get crispy. 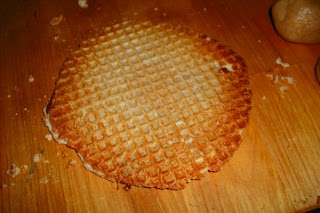 Repeat with the remaining 31 pieces of dough. 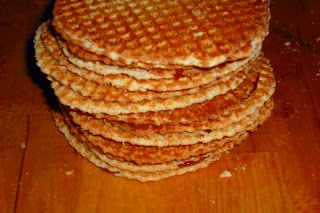 Now the best part, eating a stroopwafel!!!
Place one over your cup of coffee to warm it back up. 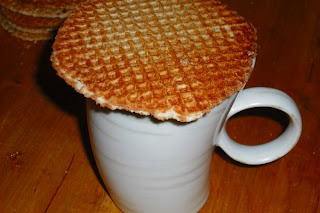 These remind me very much of Italian pizzelle - at least the shape, not the flavor. We use anise in ours, not cinnamon.

They look delicious. I've never been able to do that horizontal cut though, not even on things that are bigger, like steaks or chicken.

A great recepie, really........Thanx alot!!! but could you please tell me where I can purchase a stroop wafel Iron???? maybe an e-mail or phone number?? Because I have been lookin for a while and I can't seem to find anything!

A great recepie, really........Thanx alot!!! but could you please tell me where I can purchase a stroop wafel Iron???? maybe an e-mail or phone number?? Because I have been lookin for a while and I can't seem to find anything!

Lucille - I found my iron at a Target Store. It was being marketed as a Sugar Cone Maker... I know that you can find them at www.fantes.com as well.

I purchased the Palmer model 1110 thin pizzelle iron. But, that one wasn't thin enough. Does anyone have a Cloer double iron?

Brilliant! Can't wait to try it. We love stroopwafel and just got a fix of fresh ones at the Holland, Michigan Tulip Festival. We found a pan on amazon but didn't feel we could justify the expense for once or twice a year. It looks like there are a few cheaper options for cone makers. I almost died laughing about the pancake puff reference. I am Danish and we make aebleskivers a lot so the "Revolutionary!" pancake puff pan ad is a big inside joke at our house.

I use a pizzelle maker. I am a fourth generation stroopwafle maker. We still use the same recipe thats been passed down from great oma Vanderwilk. So we been making them over a hundred years. Our recipes are very diffrent but thats ok. As long as you enjoy what your making and it taste good is all that matters. Figure 8 cookies is another good cookie as is Dutch Handkerchiefs. Thanks for sharing your blog.