It's been awhile since I have posted anything.... Partially due to being sick, but mostly because I have been so far behind on "stuff", that I have been playing catch up. Things like my poor neglected GT Cruiser which now has new Shocks and Struts (yeah, that was a pain in the butt), new Rotors and Ceramic pads as well as, FINALLY, a bumper and grille that are all in one piece.

The whole front end has been a mass of zip ties and prayers since some "stoopid head" in Torrence, CA backed into my poor little parked Cruiser and then took off like a bat out of hell, before I could get his/her license number. And, of course, my "full" coverage wasn't as "full" as it should have been, at least not in California... So I did it myself along with a little help from eBay and a very talented auto painter that my brother knows. So, now my "Trash" mobile, doesn't look so trashy anymore. (it still needs new fog lights, because the housings were broken, but I am still waiting on the parts; again, off ebay) LOL

Then there was the B-52's concert (which was completely, totally and utterly AWESOME!) and my cousin's wedding reception in Husum, WA... So I have been a little busy and not really eating all that well over the last couple weeks; which was probably part of how I got sick to begin with. But I am taking my diet back into my own hands. So without further babbling, here is "yet another" of my favorite Pasta dishes. LOL

One word of warning about this dish, cause I learned this the hard way, do not attempt using sweet onions, such as Walla Walla or Maui; they will be over-powered by the capers. You really need the pungency of good old White or Brown onions. This will work well with Trenne (TRAY-nay) also, though this triangular tube shape, as opposed to Penne which is a round tube shape, is kind of hard to find, so I usually opt for Lumaconi (Snail shells), but I have used Penne on multiple occasions.

Lumaconi with Caramelized Onions and Capers 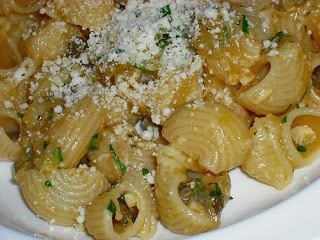 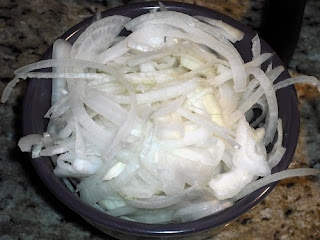 And don't forget to drain and rinse the capers or they will be too strong. 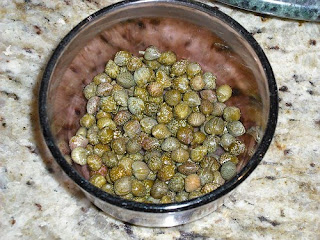 Heat olive oil in a large skillet over medium flame. 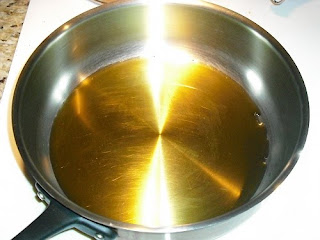 Add onions and saute until they begin to turn golden. 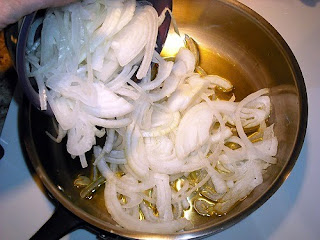 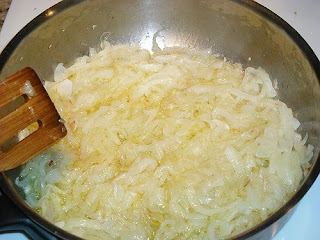 Reduce heat and continue to cook until deep brown and caramelized. (about 15-20 minutes) 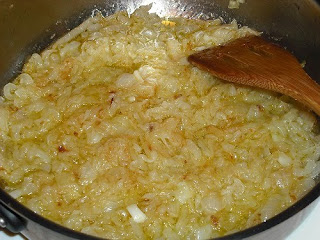 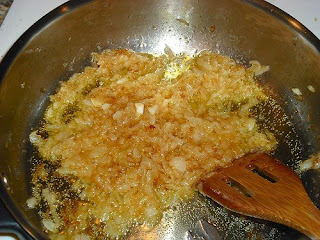 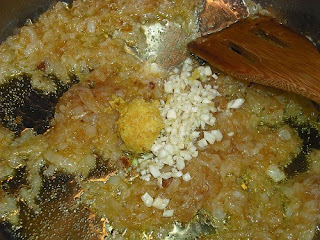 Deglaze the pan with Lemon juice, then reduce the heat to a simmer. 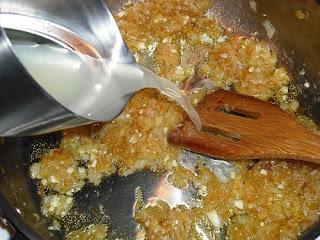 Add Stock and cook uncovered for 10 minutes, to reduce slightly. 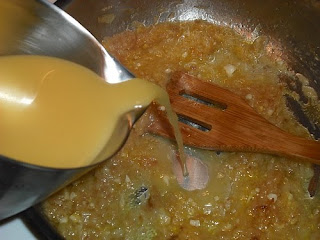 Drop the Lumaconi into salted boiling water and cook about 12 minutes. 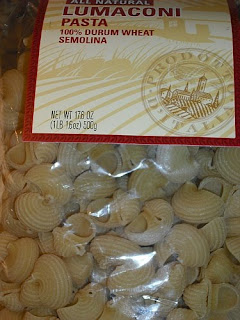 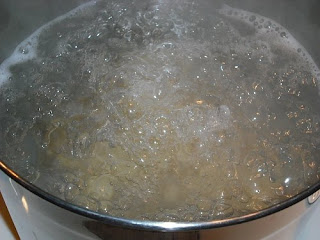 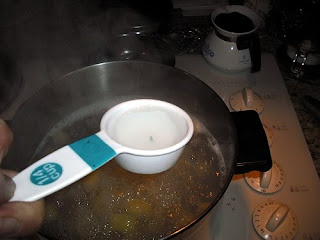 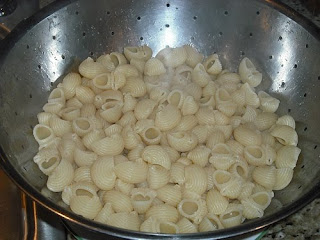 Place pasta in a warm bowl 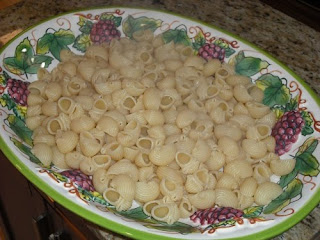 and add the onion mixture, tossing to incorporate the two. 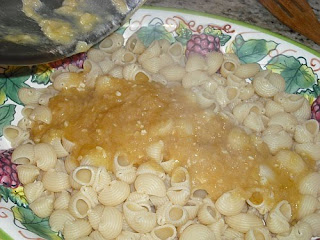 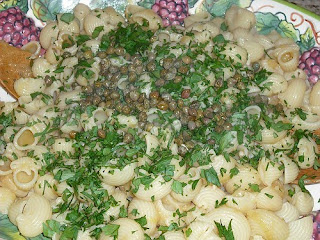 The awesome part about using Lumaconi, is that during the tossing, some of the capers will hide inside the pasta, so while you are enjoying your caramelized onion sauce, occasionally you will get a surprise burst of caper. 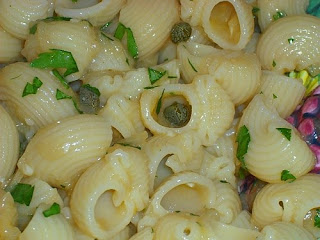 Sprinkle with shredded Parmigiano-Reggiano and toss a couple times. 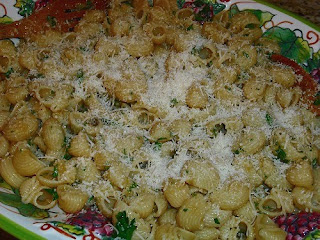 Serve immediately with more grated Parmigiano-Reggiano at the table. 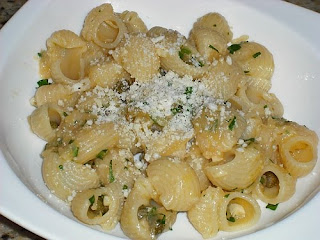 MMMMMM; All carameled onion-y and Lemony with the bite of the occasional caper...

Ok, first off this looks wicked good, I love the caramelized onion sauce. Second, I was afraid because I thought you were actually doing something with snails when I saw the post title. Heh.

This looks delicious and super simple!

We use that same pasta with a salad dish and the peas hide in the pasta, so cute. Your dish sounds wonderful.

I suggested this recipe to the client I cook for (thank you for providing me with ideas!) and I enjoyed making it. I caramelized the onions the night before while I made something else, added the garlic and lemon zest and then restarted the recipe the next day, saving lots of time. The lumaconi were meaty and delicious and sure enough, the capers were hiding inside! I left the onions in rings. I should have chopped them a bit. They look pretty but they tended to clump together too much. Lemon was powerful so I need to go easy on that for him.