Now that I have that "tequila drinking" song from Practical Magic running around in my head, let me explain. I am actually putting the Coconut in the Potato.

I have been toying with several ideas for Vegan food preparations over the last few months. True, most of them have never actually manifested themselves as edible dishes; for they are still merely thoughts bouncing around inside my skull - A lot of bouncing. There is a lot of room in there ya know. Yeah.

Under occupied head space aside. One of these dishes was vegan mash potatoes. I love mashed potatoes with the skins, I love light and fluffy whipped potatoes, I love their denser cousin - riced potatoes. I just love potatoes. However, creating a Vegan smashed tater dish is not without it's challenges. I have tried with Almond Milk, I have tried with Hazelnut milk, I tried with Hemp milk; I don't touch that soy stuff (ick! I do not intend on including phyto-estrogen in my diet any time soon) They turned out soggy and disgusting every time. These products are just too watery to produce anything but goo when added to the mix.

The one thing I had yet to try was Coconut milk.

Ding Ding Ding!!! We have a winner folks!

They were unbelievably awesome. If I had not made them myself, I probably would have been fooled into thinking they were just plain old mashed potatoes. Though I have to admit, when I had my second helping, I did throw on a little pat of butter and it made them even more awesome (cause I am obsessed with dairy) I know, I know - They weren't vegan anymore at that point, but hey; I am not actually a vegan anyway. They were still delicious and I will be making them again very soon. 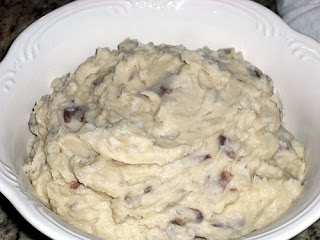 2 1/2 lbs Red or Russet potatoes (I will use Russet next time)
1 cup Coconut Milk (it should NOT contain any sugar or weird ingredients)
1/2 tsp Red Curry Paste (yeah, I am in a curry mood lately)
3 TB Extra Virgin Olive oil (or Coconut Oil)
Kosher Salt

Simply steam your potatoes until tender (I was making Mash, so I left the skins on; I remove them when I whip or rice them) 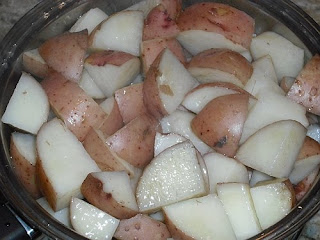 Mix the curry paste into the coconut milk. 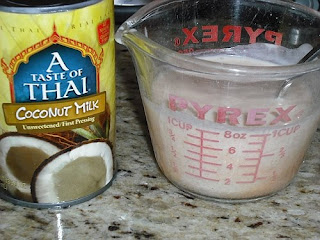 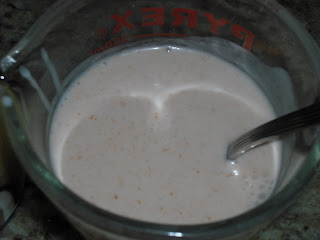 Then stir in the Olive oil as well. 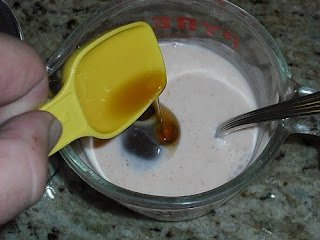 You can either mash them with a "potato masher" or throw them in the bowl of your mixer with a paddle attachment. 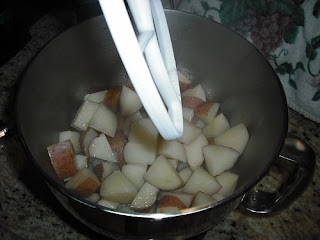 Smash them until almost smooth or as smooth as you can get with the skins. (I actually prefer a few lumps in my mash - It proves that they are not reconstituted potato flakes) LOL 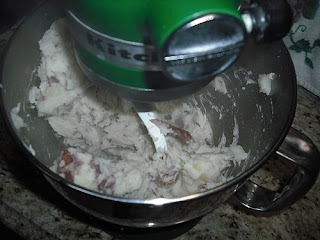 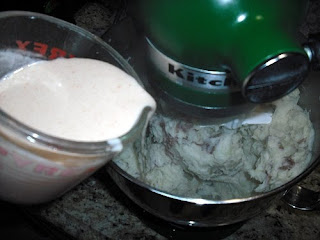 Once incorporated, add a pinch of salt, then crank up the mixer to medium high and beat until a little on the fluffy side.

Serve immediately. (with butter, if your not Vegan) ;)

This looks and sounds delicious and I'm so glad to find your blog! The more butter the better on it!

Probably a silly question but, do you taste a coconut flavor?

Pam - Thanks, and Welcome!

Patti - They didn't really taste like "coconut" per se, but there was a very elusive "nuttiness" to the dish.