Have you ever had one of those cravings, but your not really sure what it is that you want?  This happens to me often.  It has also been the case for the last few months.  This craving for an elusive something has been tugging at the edges of my consciousness. Extremely aggravating.

Then it suddenly, though I am still not sure why, it hit me....  I have not made any bread in over a year.  No WONDER I have had this unrequited craving for 4 months.  I know man cannot live by bread alone.... But man simply cannot live without homemade bread.  Need want MUST have bread....

This is a little different from my standard recipe... Normally I let the dough rise twice; once before rolling and a second time after topping.  Since this will be stuffed, I only gave it 1 rise, after I assembled the stuffed loaf.  I also used twice as much yeast, so I could get a slightly higher rise in the oven, since there is a solid weighty layer of cheese in the middle. 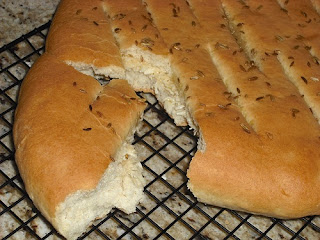 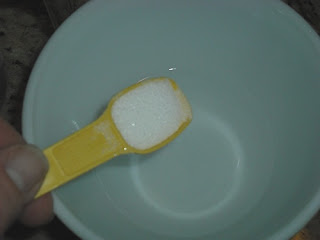 Add the Yeast and stir to combine... Then let it sit for 5-10 minutes. 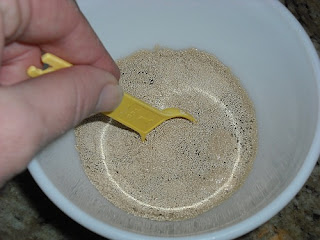 In the meantime, whisk the Bread Flour and Salt together and grate the cheese, then set aside. 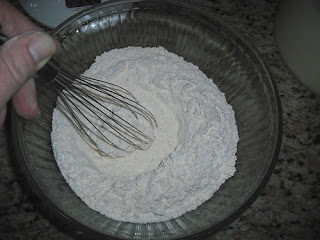 Once the yeast begins to bubble.....  Your ready to go. 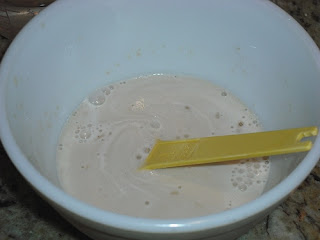 Add the yeast mixture to the flour, then add the 1 TB of the olive oil and the remaining water. 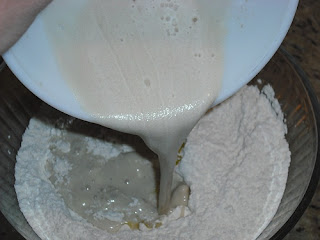 Stir with a fork until a sticky doughy mass is formed. 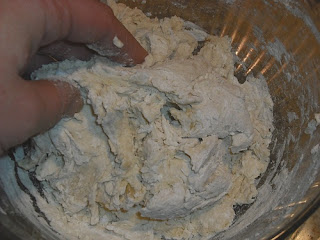 Turn out onto the counter and begin kneading the mass until a smooth elastic ball is formed. 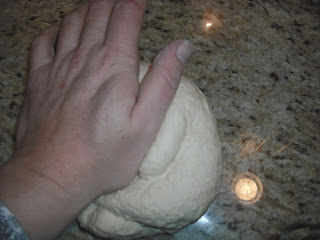 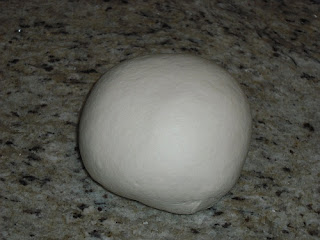 Divide the dough in half. 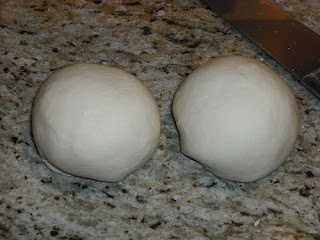 Roll out the first dough ball into a 1/4 inch thick round on a lightly floured surface. 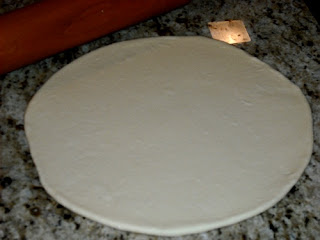 Move to your baking sheet (which I forgot to do) and cover with the shredded cheese, leaving a 1/2 inch border around the edge, then sprinkle with 1 tsp Fennel Seeds. 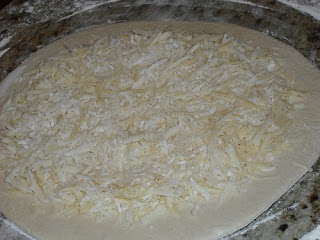 Roll out the remaining dough ball and lay it on top of the previous one. 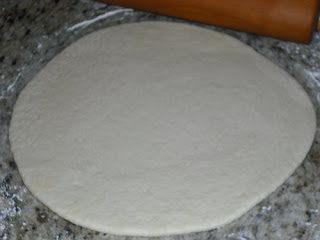 Pinch the edges all the way around, to prevent cheese leakage. 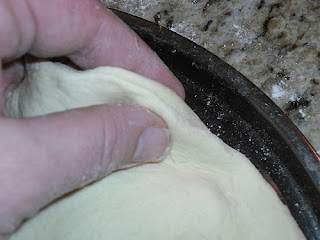 Fold the pinched edge under, creating a smooth seamless looking edge all the way around the loaf. 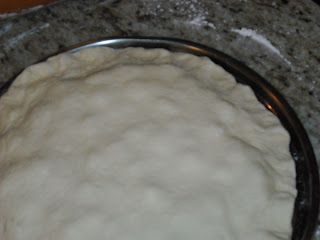 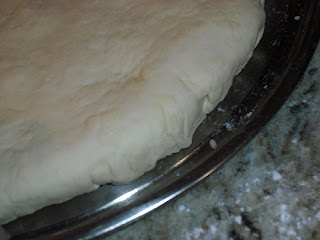 Cut slits in the top with a very sharp knife to allow steam from the melting cheese to escape. 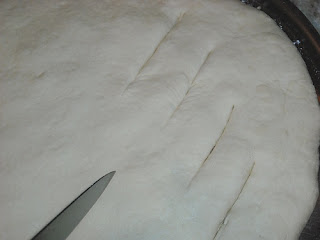 Brush with the remaining 1 1/2 TB of Olive oil. 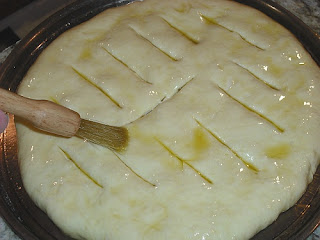 Sprinkle with the remaining 1/2 tsp Fennel Seeds and set aside to rise for 30 minute, (at the 15 minute mark, go ahead and preheat the oven to 375 degrees) 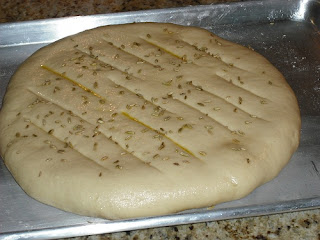 Move the loaf to the preheated oven and bake for 30 minutes. (if the loaf begins to brown too much, cover with a piece of aluminum foil) 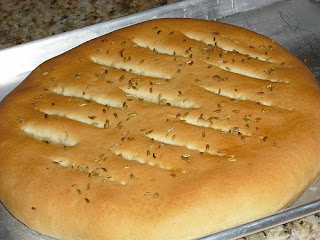 Remove from the oven and move to a cooling rack immediately (don't burn yourself) or the loaf will become soggy on the bottom. 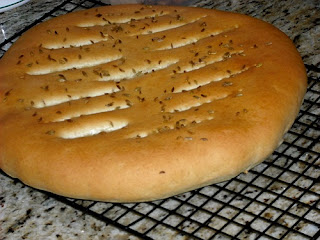 Rip into the cheesy deliciousness as soon as the loaf is cool enough. 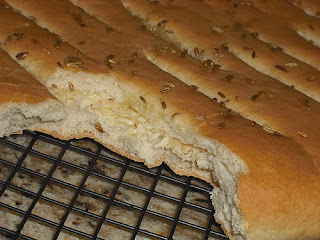 I would never have thought to fill a focacia, I have never seen a filled one either. Another genius idea. By the way, I love reading your blog.

this looks sooooo good!! I really need to stop looking at food blogs before I've eaten. I want to cook up a feast now of random foods LOL.

This looks delicious! There is nothing better than fresh, homemade bread...and then stuffed with cheese, yum. I could probably eat that whole thing myself. LOL