Few things on the planet are as delicious as Sea Foam (Hokey Pokey, Cinder Toffee, Sponge Toffee, etc.)  But, when you combine the deliciousness of Sea Foam and the fluffy marshmallowy goodness of 7 minute frosting.  Stop the bus, cause I am getting off here!

Sea Foam Frosting is sometimes referred to as Penuche frosting.  Whatever you want to call it, it's just yummy.  I have given up on using pasteurized whites for this, simply because I find that with only 2 egg whites and so much 235 degree syrup, the temperature is well above the 140 degree mark, so the whites are getting "cooked" plenty well enough. The nice thing about this is that fresh whites whip up higher than pasteurized ones do.  Thus, a more fluffy frosting. 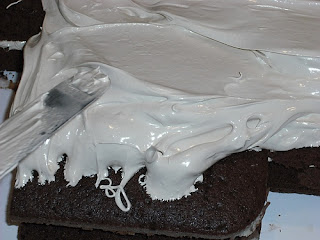 Place Dark Brown Sugar, Water and salt in a medium saucepan over medium flame. (it doesn't look like there is that much in the pan, but when it starts to boil, it will foam a lot) 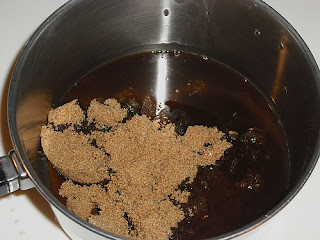 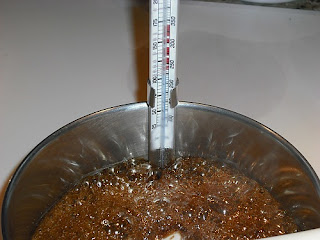 Place the egg whites in the bowl of an electric mixer with a whisk attachment, and wisk them to stiff peaks. 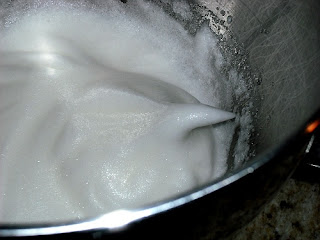 When the syrup is at temperature, remove the thermometer and turn the mixer on medium, slowly pour the dark syrup into the egg whites, being careful not to hit the whisk or the side of the bowl. (you don't want shards of sugar crystals in your frosting) 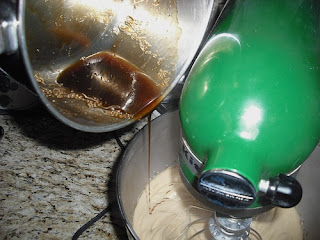 When all the syrup has been incorporated, beat for 1 more minute, then switch out the whisk for the paddle attachment (it just works better at this point) 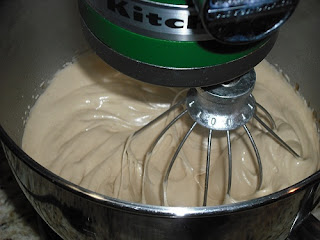 Continue beating for at least 7 minutes, or until the frosting cools to room temperature. 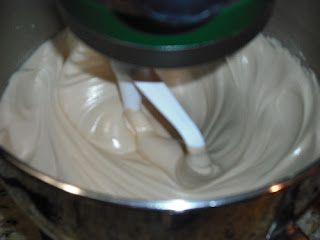 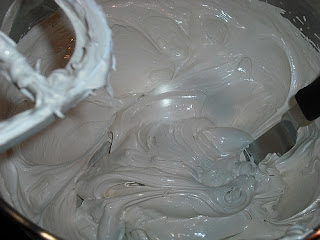 Use the frosting immediately.  No crumb coats or anything like that, as this frosting cannot be refrigerated and must stay at room temperature.

Just pile it all over whatever cake you have "lion" around. 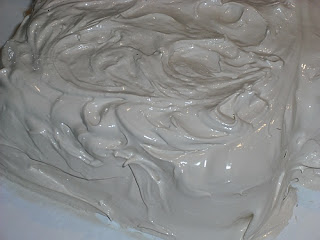 In this case, a Baker's Cut-up cake design for my nephew Weston's 4th birthday.   These were the cake patterns my mom and grandma used while I and my brothers were growing up, yielding things like fish, turtles, giraffes, rocking horses, penguins, elephants, & various other animals like my nephew's lion.   LOL 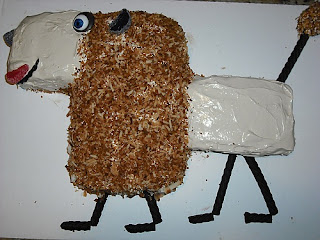 This one is made from Chocolate cake, with Sea Foam Frosting and a mane of Toasted Coconut;  almost like a Violet Crumble in reverse (chocolate covered in sea foam, as opposed to sea foam toffee covered in chocolate)   Add a few licorice legs and a tail with a seafoam frosted marshmallow, a gum drop nose, ear and tongue and your good to go.

What a cute cake for Weston. I have made 7 minute frosting before but I don't think I have ever tried seafoam, at least that I can remember. Might have to give this a try.