See, I told you. Just wait until tomorrow's "lamè de résistance" title.
The Gyro was my first "Greek Cuisina" experience, without even knowing it. Gyro makers abound in malls with their slowly turning spindles of pressed and formed meat, thinly shaved and served on flat bread with copious amounts of Tzatziki, Red Onion, Tomato and Feta.
The first time I had one, I was in smitten, and had no idea what culinary course my love of the Gyro would eventually take me on. But in all honesty, what is available in the Mega-Malls and/or "Shopping Towns", across America, is a mere penumbral shadow of what can be achieved by the home cook. (most of them are only 20% lamb)
Take it from me, the only thing better than a homemade Gyro is 2 homemade Gyros; and a stomach big enough to hold both of them, of course. It really is surprisingly simple to make a great gyro at home.
There are mixes available in the store, but most of these contain fillers, at which point you are really making a Greek meatloaf. I urge you to try this at home, it is actually very simple, throw everything in to the food processor, bake and press. Granted, gyro meat is base on the "doner kebab" of Turkey and requires roasting on a vertical spit, but this is the next best thing, and it still tastes better than the Mega-Mall. I read a blog where a guy built a vertical spit, but I wont be trying that until spring or summer...

The process I am currently using is "a la Alton Brown". I use to form a tube, wrap it tightly in plastic wrap and and chill, then spit on my Farberware Open Hearth Rotisserie... But my motor burnt out. It was a DARK day.... So I took my queue from Alton and now press with a couple of bricks to get the proper density to the meat.

Before I slip into my actual recipe, I would like to talk about meat. I already mentioned that most commercially produced Gyro meat is 80% beef or even more. Personally, I think the best combination is Goat and Lamb in equal parts. The Cheven (goat) meat has more body and gives you a firm toothiness while the lamb lends a tender velvety mouth feel from the lanolin in the fat. Seriously, it's THAT good... But since I don't know anyone raising cheven in Southern California, I have used beef here, as I usually end up doing. True, you can use all lamb, but I find that to be a little TOO velvety.

OK, I am done babbling at you now. 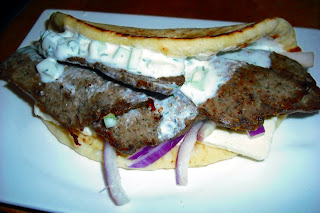 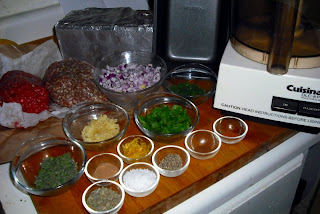 Serving:
Plain Pita
Tzatziti
Red Onion; sliced
Tomatoes; sliced
Greek Feta (Usually made with Sheep or Goat Milk; Not Cow milk)
Preheat the oven to 325 degrees F.
In a food processor with the blade attachment, process onion until fine, move to a tea towel or cheese cloth, gather the ends and squeeze out as much onion juice as possible. 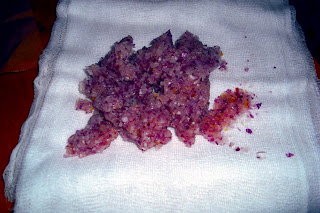 Then return the onion to the processor, 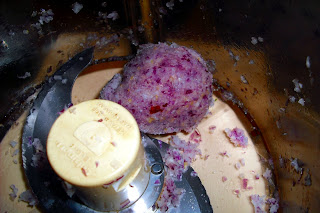 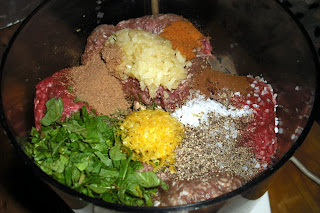 Process this into a kind of paste. 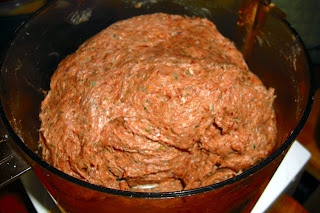 Press the mixture into a loaf pan with wet fingers . 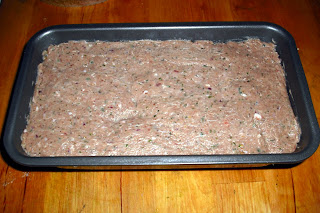 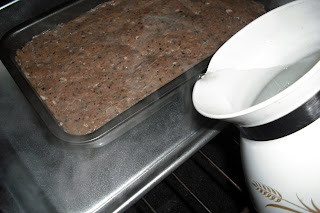 Prepare your weight... Take to heavy bricks and wrap in foil.

When Gyro loaf reaches 170 degrees, remove from the oven and pour off any residual liquid fat.
Place pan on a stable surface and cover the surface with a double layer of foil, 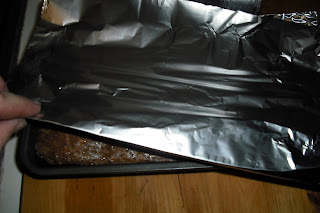 then place your brick or cast iron bacon press with pantry cans placed on to compress the meat while it rests for about 20 minutes (The internal temp should climb to about 175). 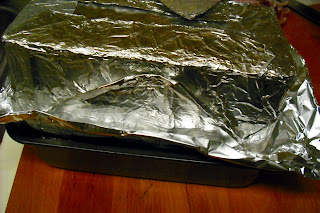 Remove weight, turn out the meat “loaf” onto a cutting board, slice thinly, 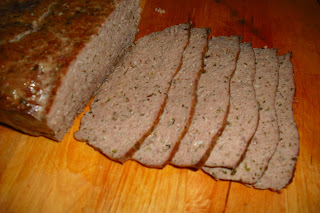 Brown lightly in a skillet over medium heat with just a little olive oil for a little extra crispiness. 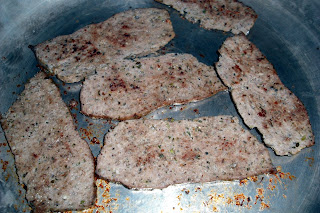 Gyros is one of my mostest fav things but I've never made them. After seeing this...I HAVE to. Thanks for the recipe and know how. (thanks for the tzatziki sauce recipe too!

Your posts this week are really making me want some good Greek food! There is a restaurant I want to try so maybe now is the time!

I love your blog! You have some great ideas!

Gyros rule! I've been wanting to make them forever, but since my girlfriend won't eat lamb I haven't bothered. Hm, does it freeze well?

DD - Cool, I would love to here how it turns out!!

Spryte - If I could drop ship you one, I totally would.

Bob - Bummer, Ya know, I have never tried to freeze it afterwards... it freezes well before cooking. I DO know that this can also be pressed into patties and pan fried to make a "Gyro Burger" I have done that a couple times for picnics... :)

Love this!!we have had it a couple of times and gonna have it again this week..thanks shane!