Campania is a land of geological turmoil, or at least it's past has been.... Hmmmm, kind of like the Pacific Northwest, maybe that is why I can relate to the food so well. You see, Pliny the Younger give us the first account of a pyroclastic flow from the Bay of Naples as he watched this geological event which was similar to what happened with Mt. St. Helens back in 1980. This particular region of Italy is home to Naples (bringers of Pizza Margherita) as well as the illustrious Mozzarella di Bufala. Not to mention the ever so delicious San Marzano Tomato. Now I promise I am not going to "gush" about them like I usually do... You know, about how they make Pizza Margherita a work of art, or cause my Slow-Cooked Tomato Sauce sing in your mouth... Blah blah blah blah.... :)

What I will do is talk about the countryside in which they are grown... For is is because of the Vesuvius eruption of 79 CE, the geological even of which Pliney wrote of, which destroyed Pompeii as well as Herculaneum and half of Naples, that we have these effervescent tomatoes, today. That particular eruption dumped anywhere from 8 to 66 feet of ash for 80 miles in all directions. Most importantly, at least for tomatoes, was that this included what is now the province of Salerno in south coastal Campania. The high volcanic content of the soil is largly responsible for producing such astounding tomatoes.

A testament to the old adage - When life gives you a pyroclastic flow, make tomato sauce. Um, yeah, or something like that, anyway. 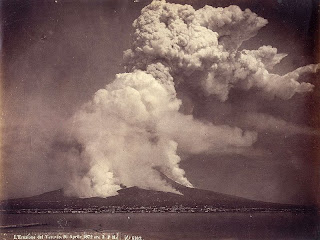 As seen across the Bay of Naples, April 26 1872 eruption.
Sadly, in my quest for one of my favorite pasta dishes (Yeah I know, I have a lot of those, don't I?) I was sorely lacking two of the key ingredients; San Marzanos and Mozzarella di Bufala. This was primarily due to poor planning on my part. OK, and laziness, since I did not want to drive all the way to New Seasons out in Damascus for tomatoes or down to Trader Joe's on 39th and Woodstock for Mozzarella (The TJ's on 82nd keeps telling me it's out of season even though the 39th street store keeps getting it in; stupid heads)

So I raided the cupboard and found Fire Roasted Tomatoes, which worked surprisingly well, I must say. 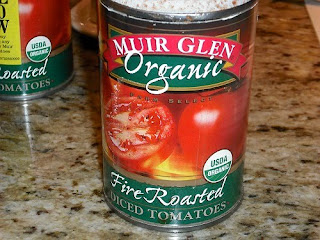 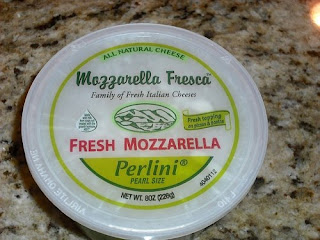 So armed with these two ingredients I embarked upon a pasta dish from the foot of Mt. Vesuvio. Oh, and No ash, pumice or basalt was used, came near, or was injured in the making of this dish. ;) 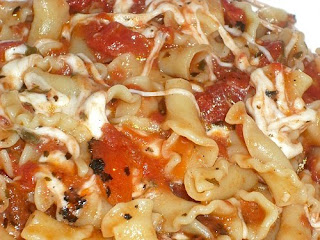 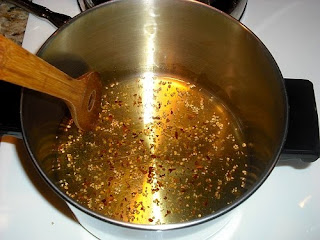 Add Tomatoes and a pinch or two of kosher salt and reduce heat to a simmer. 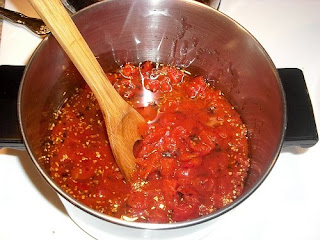 Add Basil, Parsley and Mint; simmer for about 15 minutes. 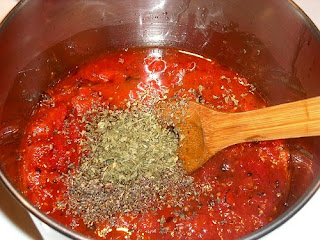 Cook pasta according to package directions....
Drain the Mozzarella and set aside. 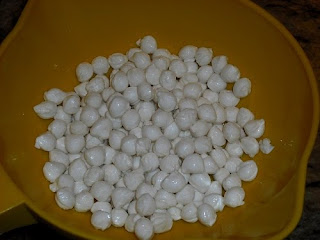 Drain pasta, reserving 1/4 cup of the liquid, just in case. 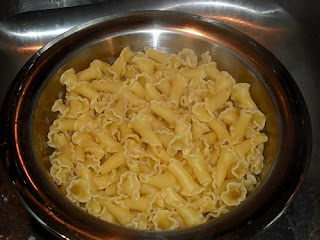 Place pasta in a warm bowl, then add the tomato mixture .... 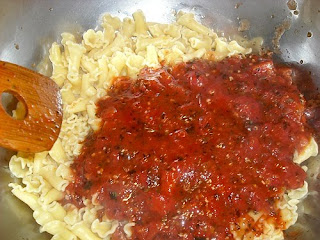 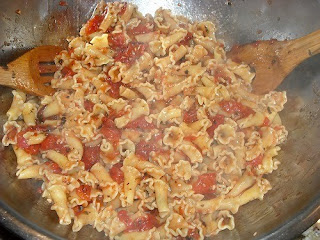 Add the Mozzarella perlini and the Pecorino Romano. 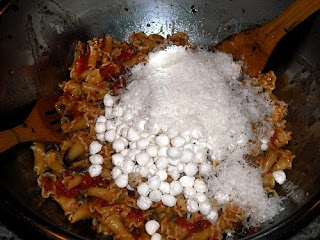 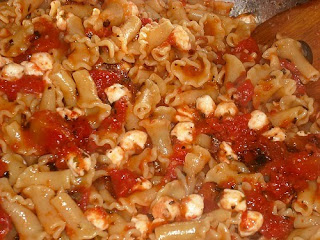 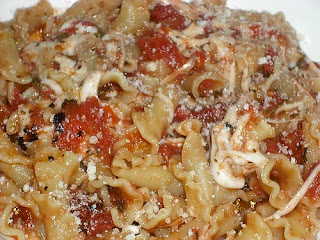 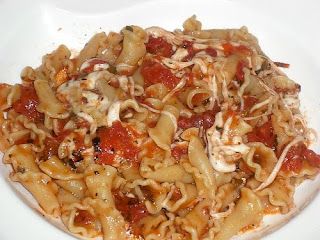 I love the way the mozzarella begins to melt and get all kinds of gooey, releasing it's liquid to bring a milky flavor to the dish that cools the heat of the red pepper flake and takes the edge off the acidity of the tomato. It's awesome!

So, doom makes tomatoes better. Who knew? Heh. That pasta looks amazing, but not something I would expect mint in. Definitely have to try it out.

That's my favourite pasta :)))), or better a favourite combination, I also love it with potato gnocchi.
Food is the only reason why I always look forward to going back to Campania

This looks amazing and hats off to your photos- they are all great and account for every step (I am so bad about that).

sooo....should I find some sort of soil additive thats rich in volcanic ash to my garden this year? (wonder if Home Depot carries such a thing). I'm loving those wads of melty cheese!!

Awesome Shane!..I could taste it now..what a great marriage of flavors.