Back in Black - Black Walnut Divinity

Last year I played around with making Violet flavored divinity for a family friend who adores anything and everything of the violet persuasion.  This year I am making divinity for her again, though I am sticking with a flavoring that is reminiscent of her childhood.  Enter the Black Walnuts.  It's the way her Mom and Grandma made it when she was little.

Black Walnuts seem to be one of those odd ingredients here on the west coast.  Everyone knows about them because either Mom or Grandma or even Great Grandma had a Black Walnut Tree in the yard at some point.  We, even had a Black Walnut tree at one point.... we lost it in a really bad wind storm one winter.  They were a pain in the but to crack, cause the shells are so stinkin' hard, but many delicious homemade goodies, from desserts to candies, were made from said Black Walnuts, lending their distinctive flavor to the holiday spread.  To top it all off, according to Wikipedia, the largest known Black Walnut tree is HERE, on Sauvie Island just outside of Portland.

Something strange has occurred with the walnuts available in the Mega-Marts though.  We have been inundated with the softer shelled, much milder flavored English Walnuts  (sometimes called Persian Walnuts or California Walnuts).  I mean, EVERYTHING is an English Walnut.  I see commercials on TV advertising Hammon's Black Walnuts.... Do you think I can find them?  Nope.  So I, as I so often do, went on an insane pilgrimage and hit just about every grocery store in Portland, from Albertson's to Zupan's, in an obsessive hunt for the elusive Black Walnut.  (I almost drove to Sauvie Island to go and pick them myself, then I realized that the season is over)  (sigh)

I was eventually successful, thank goodness.  There is nothing worse than when my obsessive behavior is all for naught.   Ah, the joys of being OCD.  LOL

But I have them, my lovely Black Walnuts... and I am making Divinity again.  Penny will be pleased with a childhood memory revisited. 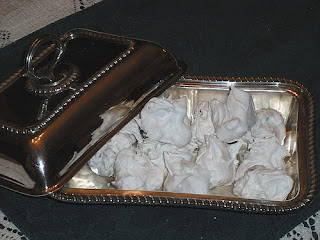 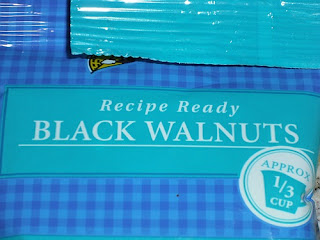 Separate the egg whites and place them in the bowl of your mixer, along with salt and a pinch of Cream of Tarter. 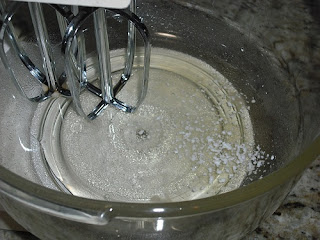 Line to baking sheets with waxed paper and set aside, or just spread waxed paper over your counter top.
Place Sugar, Corn Syrup, and Water in a heavy bottomed saucepan over medium high heat and stir the mixture until it just comes to a boil. 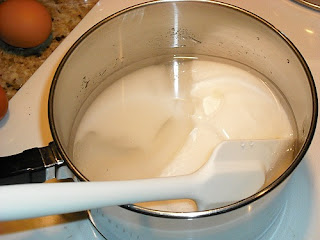 Place the thermometer into the Sugar mixture 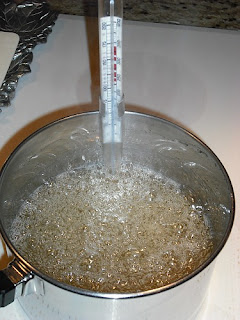 and begin beating the egg whites until stiff peaks form. 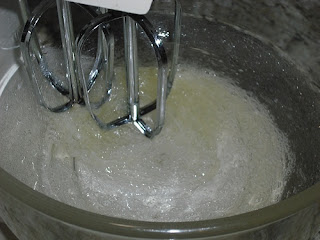 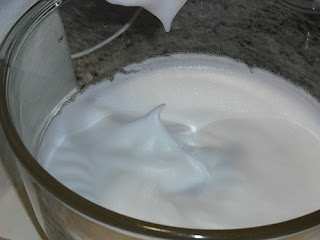 When the Thermometer reaches soft ball (238 F or 118 C), pour half the sugar syrup into the egg whites with the mixer running. 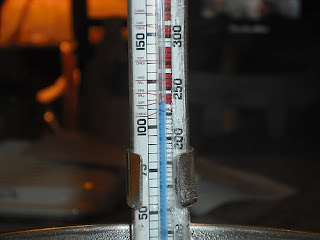 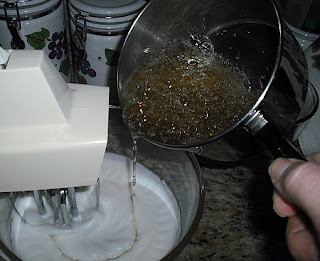 Return the syrup to the stove and continue boiling, also leave the mixer running. 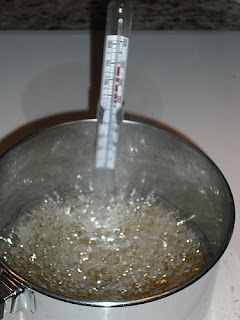 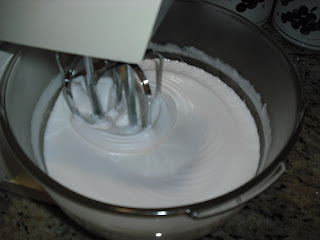 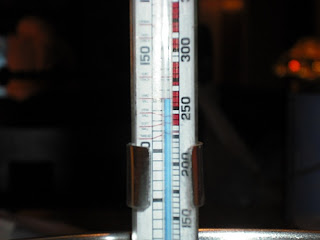 Pour very carefully, because the egg whites will splatter a little bit before coming back together. 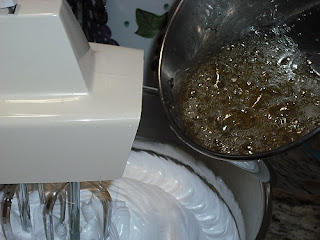 When you have incorporated all of the syrup, stop the mixer, move the bowl from the mixer base to the counter top where your waxed paper lined pans are located and stir with a wooden spoon. 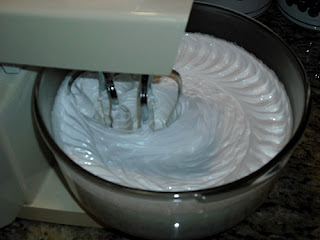 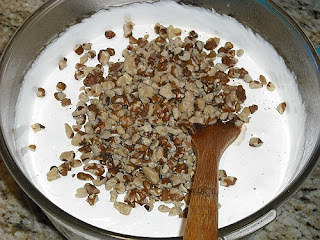 Until the mixture begins to stiffen (don't worry about the shine) and feels kind of like you are stirring Choux Paste after adding the last egg. 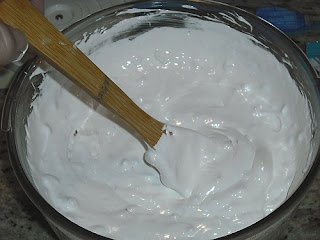 Once the candy can hold a peak and not "melt" back into the mass, it's ready. 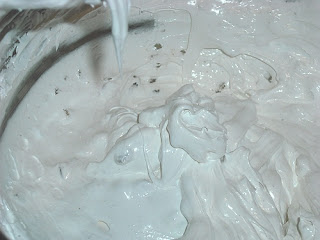 Now, it's all about speed, so as quickly as possible begin scooping out the mixture, by teaspoon, onto your waxed paper. 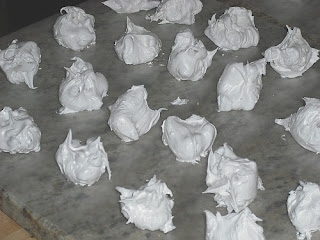 Allow to sit for 30 minutes to cool and harden completely. (It will loose some of it's shine while drying) 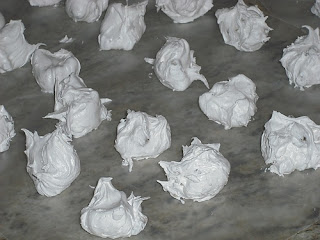 Store in a Zip-Loc bag inside another air tight container and store at room temperature. 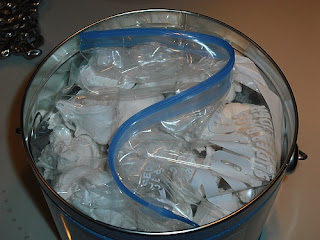 There, all packaged and ready to go... All it needs is a big Bow. 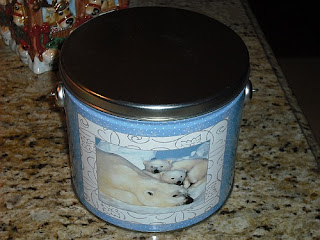 P.S. This will more than likely be my last post before the holidays are upon us (Though I am still debating on posting the Honey Egg Nog I am making on Christmas Eve, if there is time).

But I wanted to take a moment to wish you, and yours, a very Merry Christmas.
Posted by Shane T. Wingerd at Thursday, December 23, 2010

I hope your holiday is as wonderful as can be. Enjoy your time with loved ones.

I am excited to make this for my mom!