Most of us are familiar with the salty-sweet and buttery delectable-ness of Shortbread.  Not so much known, at least not in the U.S. of A is the savory side of this rich cookie.  Though by definition no longer a cookie, since cookies are made from "sweet" dough, these little "Biscuits" are exquisitely delicious.

There is nothing quite as comforting as Bacon and Cheddar.  I am not sure why this is, maybe it's only me.  One of the best additions to I have seen to the "blue box" is crumbled bacon.  It's placed on Cheese burgers in every fast food joint across the United States.  Even the Dairy Queen commercials make a joke about using Bacon as a verb.  I mean, somebody out there must love the combination as much as I do.

I must agree with the disturbingly disembodied singing lips though.  I honestly think that Bacon and Cheddar should be verbs.  OK, I guess "Cheddaring" is a verb, since it's a description of the cheese making process that makes Cheddar Cheese unique.  But I really think that bacon should be a verb as well.  Whether on Salad, a Sandwich or Burger, next to the eggs on your plate, or gracing the top of your maple bar from Voodoo Doughnuts, the simple act of adding bacon just makes everything heavenly.

There are even options with your bacon.... If you are one of those people who doesn't particularly care for smoked foods, then you can use Pancetta instead.  For Pancetta is Italian bacon, granted it's made from a different porcine part, but the idea is the same, it's simply not smoked.

So in the interest of promoting this little update to a language that allows you to "shoulder" a burden, "stomach" your in-laws and "head" an organization, here is my proposal.

-verb
1.
To liberally apply bacon in, next to or on a culinary treat.
Shane baconed the shortbread
Voodoo doughnuts bacons their maple bars.

This, then, leaves "bacon" open to morphing into verbals such as Participles and Gerunds (or even infinitives) thus allowing us to use the word as an adverb, adjective or, well, a noun. Bringing us full circle.

Present participle - "I am Baconing this shortbread recipe"

Yep, I think it is definitely time to contact Merriam & Webster about this. 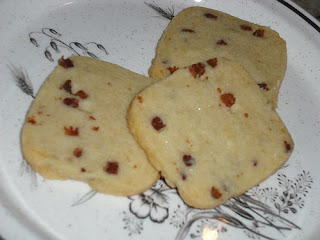 Heat a saute pan over medium flame then add the pancetta and cook until it's all nice and crispy, golden brown and yummy. 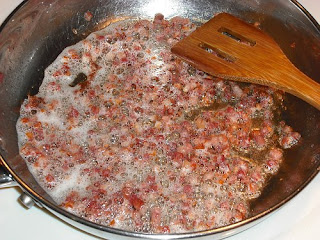 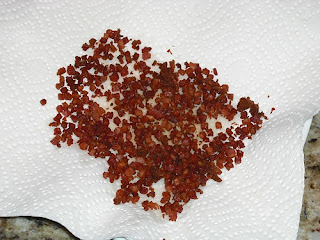 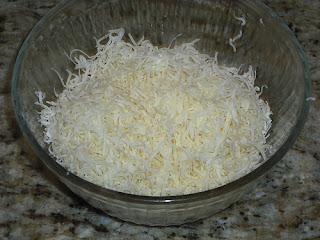 Beat the butter until it's fluffy. 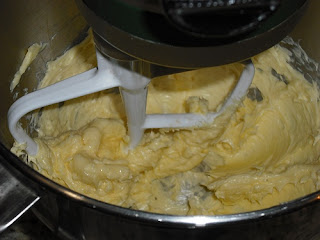 Add the shredded White Cheddar and continue beating. (the mixture will get a little lumpy looking) 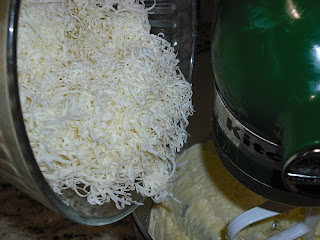 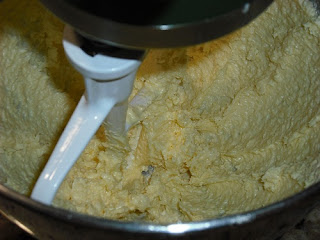 Reduce the mixer speed to low and begin adding the flour. 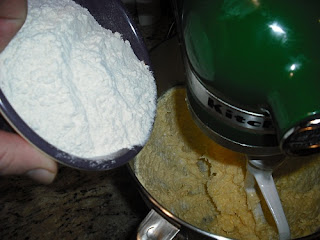 When you have achieved a "crumb" appearance, remove the bowl from the mixer and stir in the crispy pancetta with a spatula. 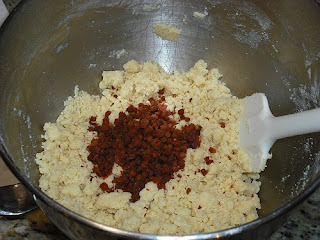 Work the dough into a squared log, wrap in plastic wrap and chill for 1 hour. 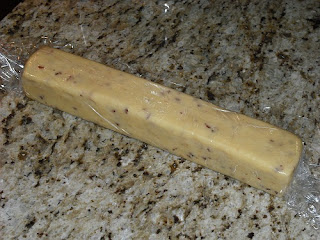 Preheat the oven to 325.
Slice 1/4 inch cookies from the log and place them 1 inch apart on a parchment lined baking sheet. 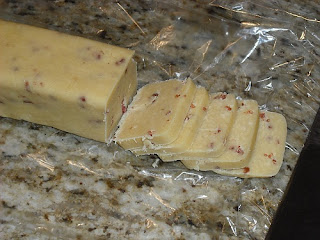 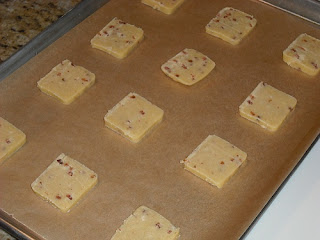 Bake for 15 - 20 minutes or until the edges just begin to turn golden. 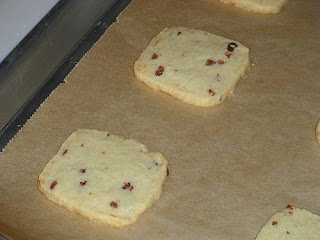 Let the cookies rest for 5 minutes on the baking sheet before moving them to a rack and let them cool completely. 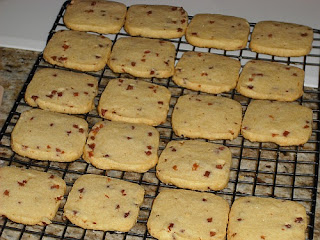 Enjoy with a frosty Dark Lager or Pumpkin Ale. 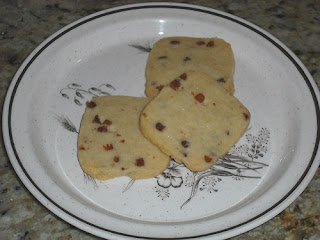 I just love how many recipes I am seeing incorporating bacon. I saw a recipe this week for the old standby seven layer cookies that had dulce de leche and bacon as two of the ingredients. I really want to try it but every one is saying yuck when I mention it. Your shortbreads might be something my family would enjoy, I mean who doesn't enjoy cheddar and bacon??

bacon and chocolate? no.
But bacon and cheddar -- a resounding yes. I could eat a dozen of these wonderful shortbreads.