It's been a while since I have made caramels.   Mom use to make them every year when I was a kid and all three of us boys would sit around the table in the kitchen wrapping each one in a small bit of waxed paper.  The best part about mom's caramels was that she used Honey and Sugar instead of Corn Syrup and sugar, this gave them a wonderful depth of flavor.

This year, since I have spent so much time on Shortbread, I decided to cook up a batch of caramels from mom's recipe (with a couple of twists I have added over the years)

I love salty-sweet things.  So I have decided to use mom's recipe as a base for Fleur de Sel Caramels (salt caramels)  OK, they are not really going to be Fleur de Sel Caramels, since I will be using Cypress Salt and Murray River Salt.  It's a textural thing.  The Cypress salt is a pyramid shaped crystal, similar to Murray River Salt, giving it a pleasant "crisp" texture.


The best thing about these caramels though is the use of honey instead of corn syrup.  It adds a depth of flavor not normally found in corn syrup caramels.  This too allows for subtle flavoring choices via the honey being used.... Orange Blossom honey gives a delicate orange scent and flavor while Blackberry honey will add notes of bramble berries.  Strangely, Raspberry honey lends an almost "violet" quality to the caramels.
Fleur de Sel Honey Caramels 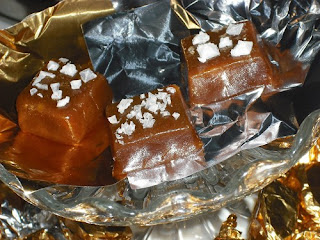 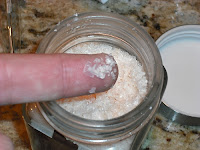 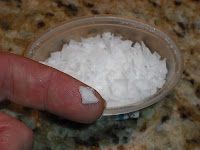 Line a 9-inch square cake pan with foil, then rub the foil with a very light coating of butter. (I suppose you could use cooking spray, but my cooking spray is Olive oil in a can, not silicon dioxide type stuff) 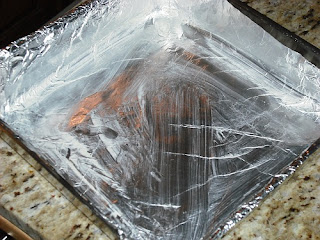 Heat the Light Cream and Crème Fraîche with the Vanilla extract and a pinch of Kosher salt in a small saucepan, just until it begins to boil, then remove from the heat and cover to keep warm. (This will reduce spattering later) 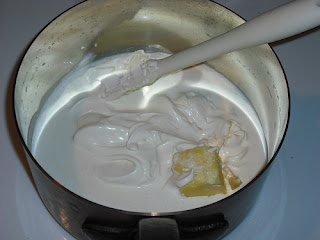 In a medium, heavy bottomed saucepan, heat the Honey and Granulated Sugar over Medium-Low flame. (Low heat is important to keep the Honey from scorching) 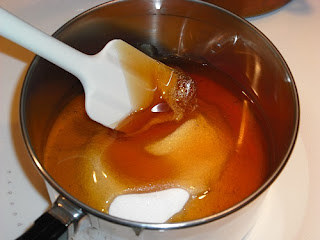 Once the mixture begins to boil, place a candy thermometer in the syrup. (Make sure the thermometer is not touching the bottom of the pan or your reading will be off) 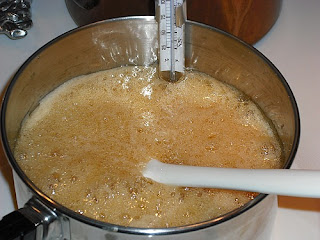 Continue cooking, stirring only occasionally, until the syrup reaches 310ºF (155ºC).  (You will have to stir a little bit, as the honey has a tendency to foam a little) 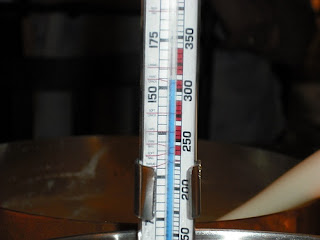 Remove the pan from the heat, and with an extended hand, pour in the warm cream mixture. (Cause it's still gonna bubble and spatter a little)  Stir until smooth and silky looking. 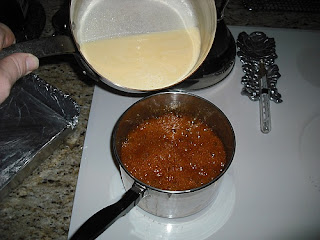 Return the syrup to Medium-Low flame and cook the mixture again, until it reaches 260F (127C). (hard ball) 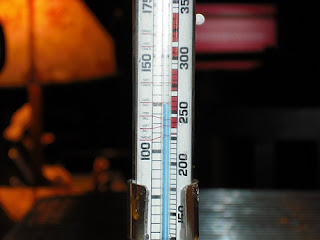 Remove the pan from the heat and stir in the slices of butter, until it’s melted and the mixture smooth. 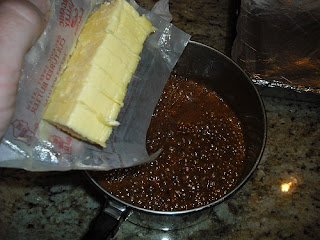 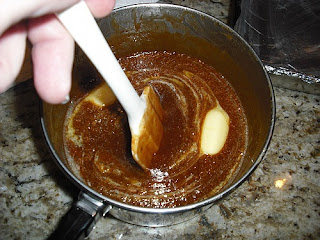 Pour the resulting buttery caramel syrup into the prepared pan. 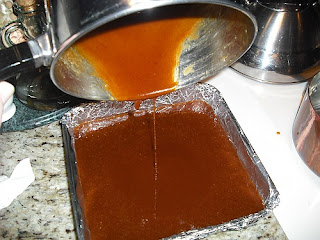 After a 15-20 minute rest time, sprinkle with Fleur de Sel or you favorite finishing salt. (maybe a little Bolivian, Himalayan Pink or even Chardonnay smoked salt) 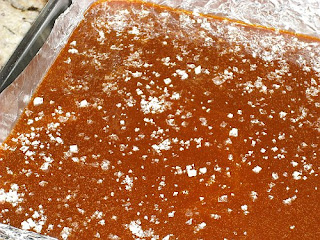 Let the mixture cool completely. (this takes about 2 hours)
When cooled, lift the caramel slab out of the pan by the foil.. 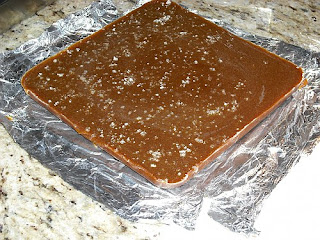 Peel the foil off and slice the caramels into bite sized cubes with a hot, sharp knife. 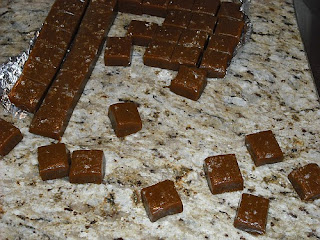 I use to have to cut a million little squares of waxed paper when I made caramels, but now, the craft stores all have these handy dandy little craft supply things… So grab a few pre-cut foil squares and make your life much easier…. 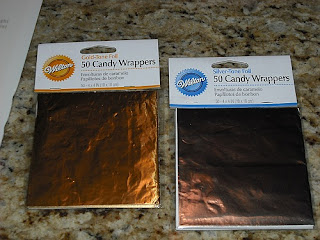 Wrap each caramel in a foil or waxed paper square and store in an air-tight container in the refrigerator for about 1 month. 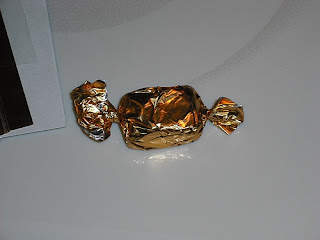 (As if they are gonna last that long) 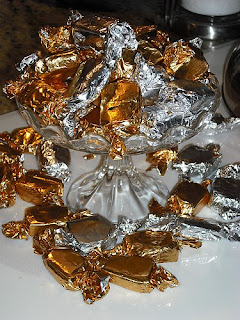 This is some good stuff. 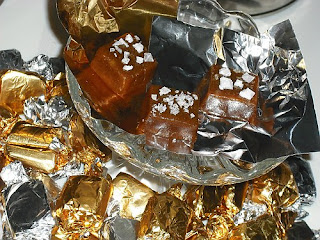 Dude! I'm so over making candy right now (made tons of truffles this year) but I'm soooo making this next year! Thanks!

I made something very similar this past weekend--except there's just 1/3 cup honey. :) I bet yours are so yummy!

Hmmmm, do you think they would ship well?? Hint hint. I love sweet and salty also.

Thanks guys! I love these cause they are not overly chewy... They're more on the creamy side.