I really didn't blog about candy all that much this year.  Oh, there was Fudge a plenty (which I blogged about last year) and of course, the Honey Caramels, which I covered this year.  Then I decided to do a recap on Divinity with the more traditional Black Walnuts.  But two of the Christmas treats I forgot to mention, both this year and last, were Great Grandma Ruby's Silver Drip (Which I will get to in a later post) and Grandma Reva's Rocky Road.  No, I am not talking about the Ice Cream flavor.

When I was a child, Rocky Road was the paramount Christmas candy.  What kid doesn't love marshmallows?  Combine that with Chocolate Fudge and Nuts and you have a candy that is destined to disappear as fast as you can make it.

Now that I am older, I am not so much into marshmallows, so after one piece I am pretty much done for the year, but many many other members of my family enjoy this delectable candy, immensely.  Thus it is still a holiday staple 'round these parts.

The base fudge is the same as the gelatin fudge I blogged about last year, which has been profusely laced with both Walnuts and Mini-Marshmallows, making it all lumpy & bumpy... Ergo - Rocky Road. 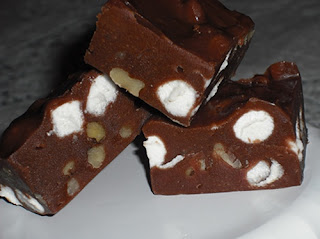 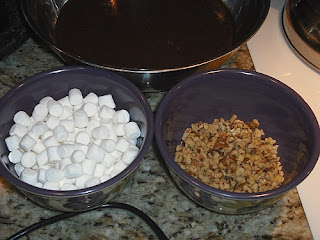 Chop the Chocolate with a sharp, heavy knife. 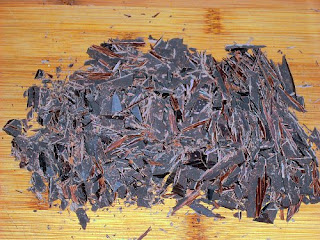 In a large, heavy bottomed pot, whisk the Sugar and the Gelatin together. 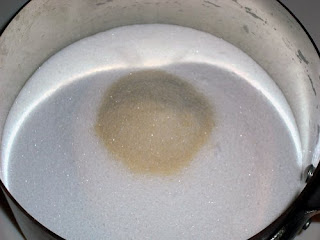 Add Corn Syrup, Salt, Milk and Butter.... along with the chopped Chocolate. 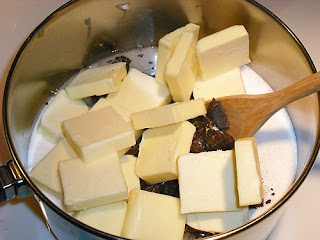 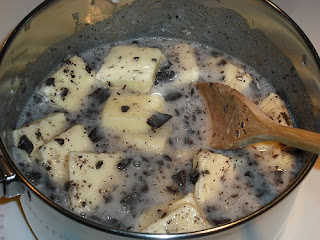 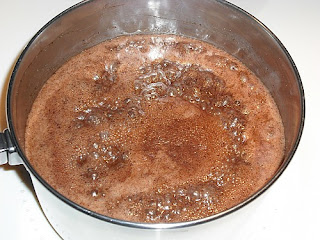 When the mixture comes to a boil, cover with the lid to wash the crystals down from the the side of the pan. 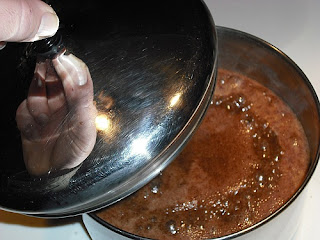 Remove cover after 5 minutes and insert a candy thermometer. 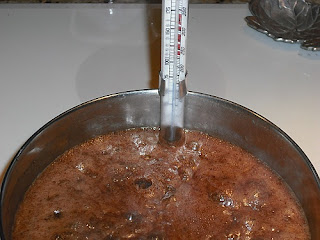 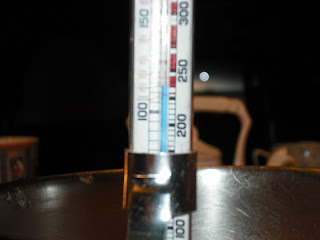 Meanwhile, pour vanilla into the bottom of a mixing bowl. 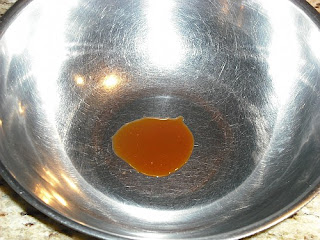 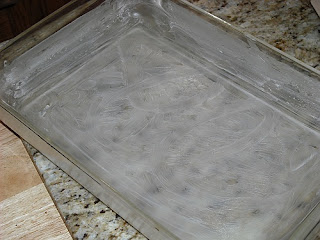 When the mixture reaches 235 degrees, remove from heat, remove the thermometer and pour the "syrup" over the vanilla (in the mixing bowl) 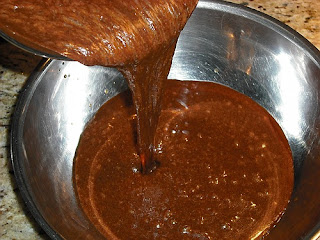 Let this sit for 25 minutes. (don't worry about the "110" degree thing as is standard with most fudge)
After 25 minutes (regardless of the temperature) begin beating the fudge at medium-low speed, for 15 minutes (sometimes it takes a minute or two longer) 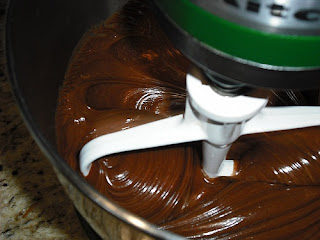 When the mixture looses most of it's shine, stop beating and remove from the mixer stand, then stir in the nuts...... 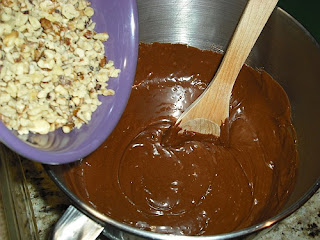 Then fold in the Mini-Marshmallows. (They will melt into the candy, just a little) 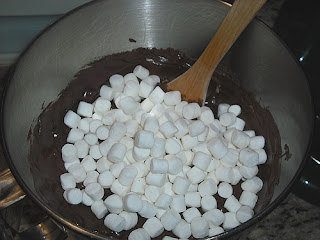 Pour the mixture into the prepared baking dish and spread somewhat evenly. (This will be a little hard, since it's all lumpy) 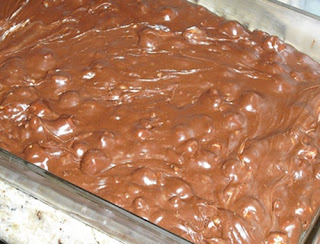 Let set for 3 hours, until fully set before cutting into squares and prying out of the pan with a bench scraper (it just works easier) 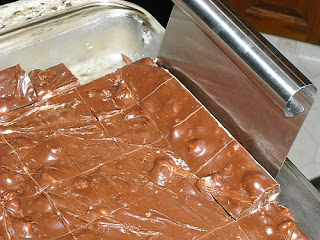 While you are waiting, you can let your niece (or nephew) lick the bowl. 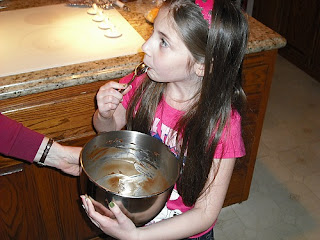 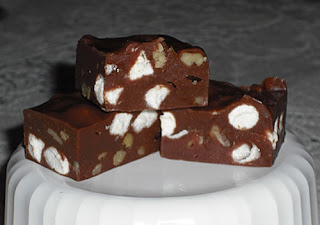 Or store in a metal container, lined with waxed paper in the refrigerator for up to a month. (It never lasts that long) 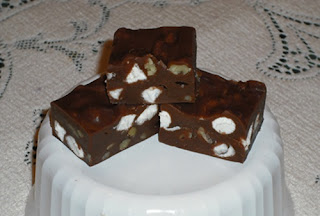 Looks very decadent, if I were a fan of chocolate I would be licking the screen right about now