On A Roll - Grandma's Pumpkin Roll

Into everyone's life, a pumpkin roll must fall.  It's simply the way of the universe; some sort of cosmic certainty, directly related to the force of gravity I am sure. Grandma's Pumpkin roll has always been a holiday treat.  We waited with great anticipation all year for it's return during the holiday season.

I was recently in The Dalles visiting granma Reva when I inquired about her recipe.  She presented me with a very old, very yellowed newspaper clipping from the Dalles Chronicle.  So I copied it down and am sharing it with you.  I don't know exactly how old the recipe is, but I can tell you it's older than I am, cause I stopped aging once I hit "Jack Benny" (39).  LOL 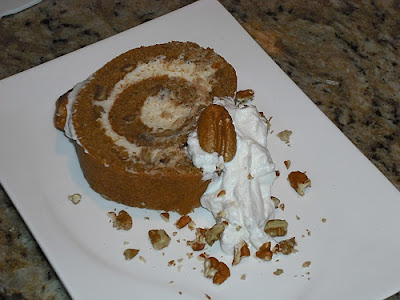 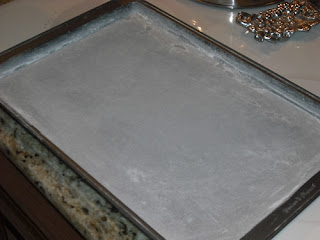 Beat the Eggs on high speed for 5 minutes until pale and increased in volume. 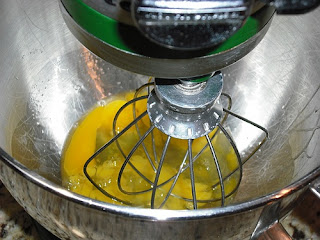 Meanwhile, whisk the Flour, Baking Powder, Cinnamon, Ginger, Nutmeg and Salt together in a bowl, then set aside. 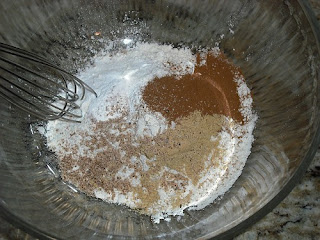 and chop the pecans. 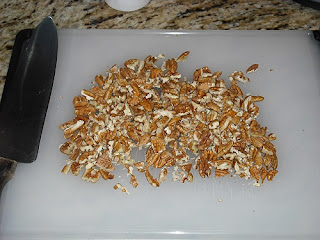 Gradually add the sugar, 1 TB at a time, while continuing to beat the eggs. 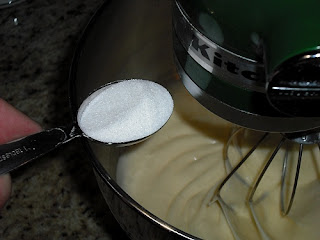 Stir in the Pumpkin Puree and the Lemon Juice. 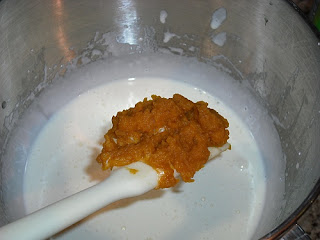 Fold in the Flour mixture. 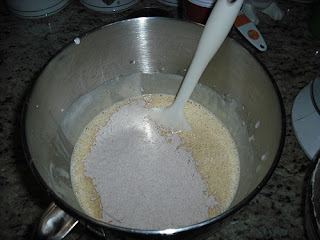 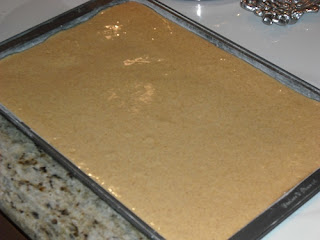 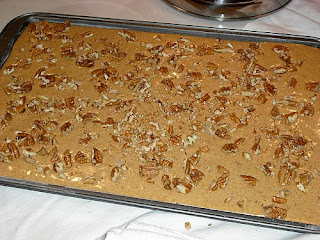 Bake for 15 minutes or until cake springs back to the touch. 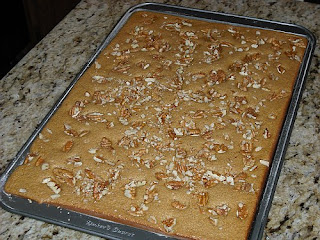 While it's baking, make the filling by beating Butter, Cream Cheese and Vanilla extract until fluffy. 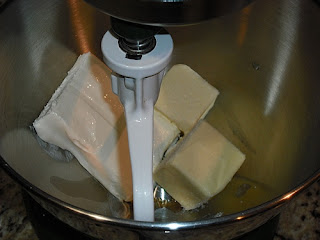 Add sifted Confectioner's sugar a little at a time, until fully incorporated, set filling aside. 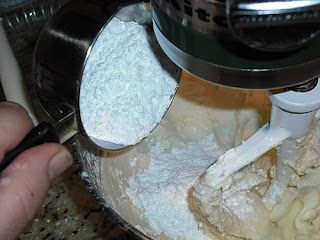 When the the cake is done, immediately lay a tea towel over the pan, 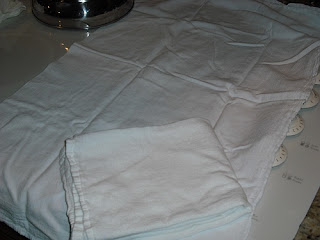 Place the cooling rack on top of the towel and flip the whole thing over. 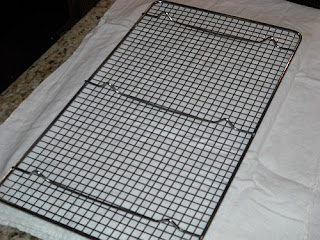 Remove the pan, and lay another tea towel over the "bottom" of the cake, 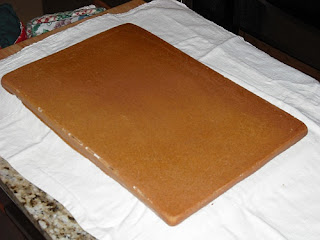 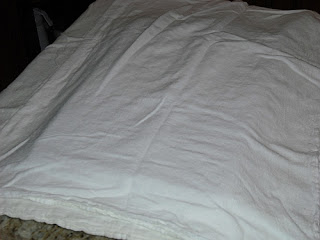 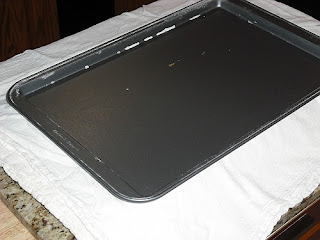 Flip the whole thing over again (so the nut side is up), remove the cooling rack and commence with rolling the cake up, tea towels and all. 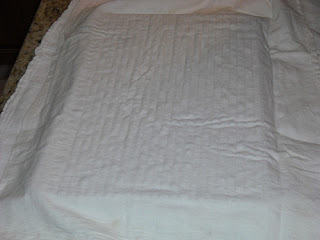 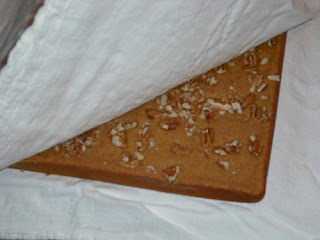 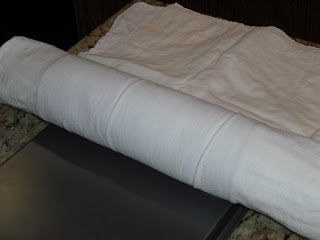 Pin the end closed to hold the shape, then let cool 5 minutes. 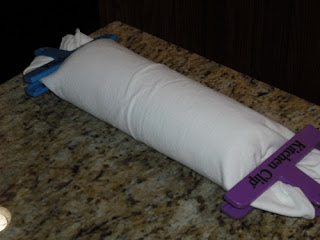 Unroll the cake and spread the filling over the cake. (leaving a 1 inch margin of uncovered cake at each end) 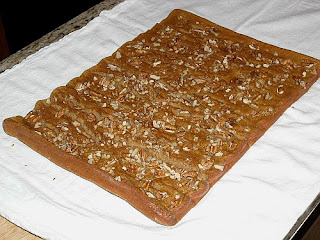 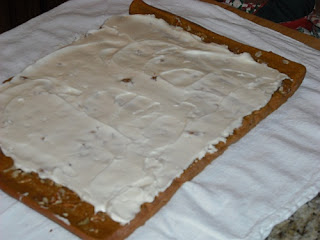 Immediately re-roll the cake and wrap in one of the tea towels, 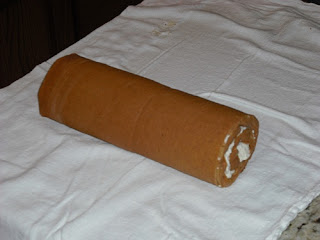 Clamp the ends to help it hold it's shape and chill for 2 hours. 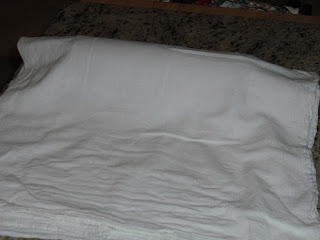 After the 2 hour chill time, you can either serve, or store for several days wrapped in plastic wrap. 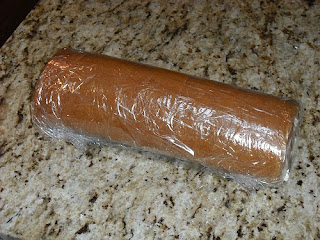 Serve with a light dusting of confectioners' Sugar or Brandied Whipped Cream. 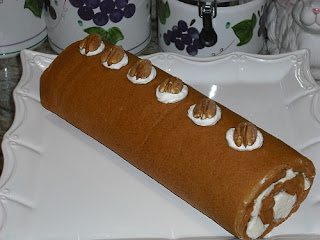 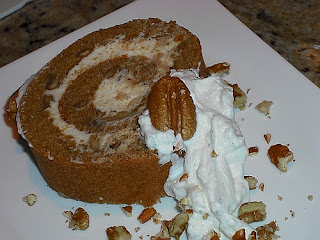 We always have some of this around the holidays, our family just loves anything pumpkin.