I Don't Think You're Ready, for This Jelly

This has been a pretty dry weekend for me, as far as cooking goes. I had planned on several things, but "stuff" just kept going horribly awry. ie. all my mussels died in the refrigerator while I was trying to get them to purge. say WHAT? Never had that happen before...

Anyway... I was wondering as I was wandering through Whole Foods this morning (Monday). Somewhere between finding fresh morels (Risotto coming soon) and grabbing 4 Sea Scallops. I was hit with the overwhelming urge for a Peanut Butter cake... With Peanut butter frosting... Then the lightening bolt struck... What if I filled it with Jelly??? MMMMM Peanut Butter and Jelly Cupcakes... YES!!! Need, Want, MUST HAVE!!!!!

Thus, my search began... It didn't last long though. I love "The Joy of Cooking", and have several editions for reference from 1953 forward. As a result, I arrived at a hodgepodge from two of the editions...
Peanut Butter Cake from the 1975 edition,
Peanut Butter Frosting from the 1997 edition,
and Black Currant Jelly from Whole Foods 2009 edition. ;) (You can use the classic "grape" I just like black currant better) 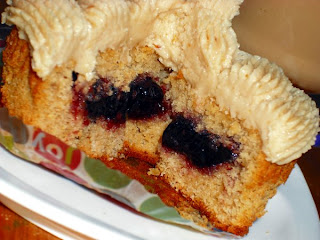 So here we go..... I changed 2 things in the cake... I wanted more "Bread" flavor so I used Whole White Wheat... because of this I changed 1/2 cup of the sugar from brown to white, to give the eggs a little more lift, without resorting to beaten egg whites or extra baking powder. 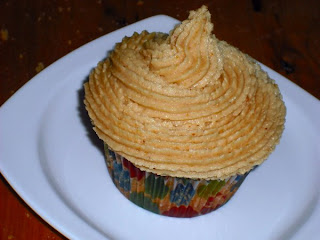 Preheat oven to 350 degrees and place cup liners in the muffin pan.
In the bowl of your mixer, beat butter and brown sugar until light and fluffy. 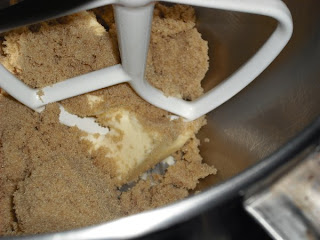 Add the Peanut butter and beat until homogeneous 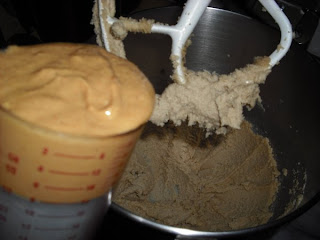 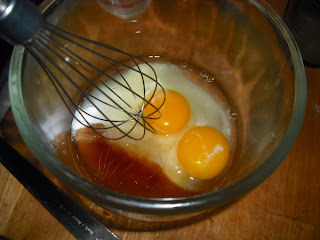 Until pale yellow, and doubled in volume 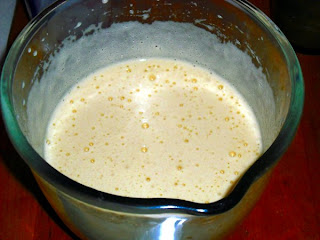 Add the egg mixture to the peanut butter mixture and blend well.
Sift the flour before measuring (DD at DDPie's Slice will be proud of me, I am normally a whisker) 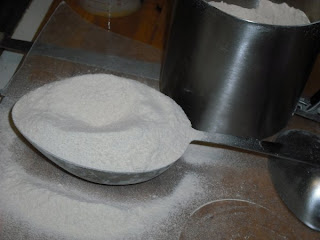 Add the Baking powder and salt... Then Sift again.
With the mixer on low speed, add the flour in 3 parts, alternating with the 3/4 cup milk, 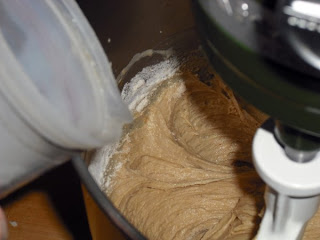 beginning and ending with the flour. 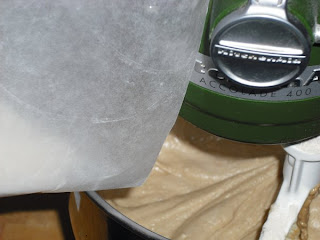 Spoon into cupcake liners and bake for 25 minutes or until golden brown. 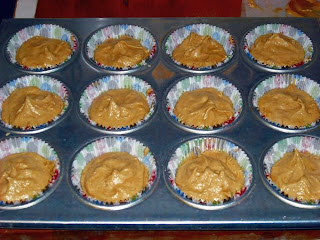 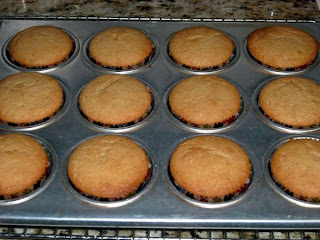 Let cool while making the icing.

In a medium bowl, combine all the ingredients except the confectioners' sugar. 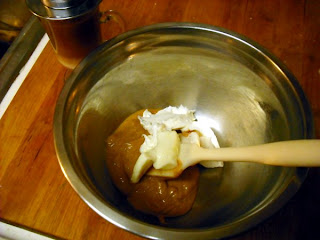 Beat until homogeneous.
Add the powdered sugar in 3 additions, sifting it into the peanut butter mixture to reduce the possibility of lumps. 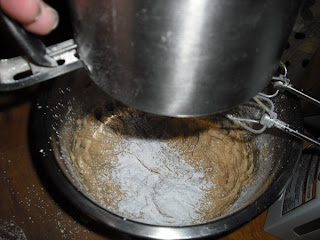 If the frosting is too thick, add a little more milk. 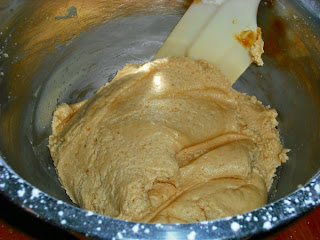 Cover on the surface and set aside.

Take a cooled cupcake and, utilizing a serrated blade, cut a whole in the top of the cup cake, angling in slightly. 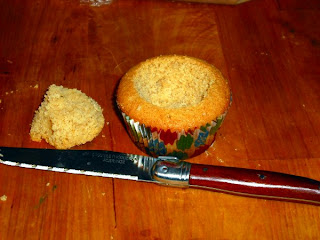 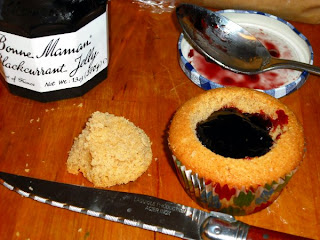 Trim the point off (and eat it - see ain't this fun) 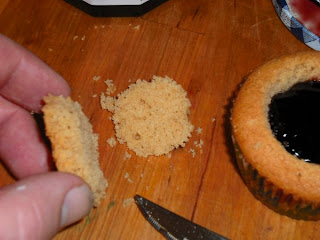 Place the "lid" back on and set aside while completing the other cupcakes. 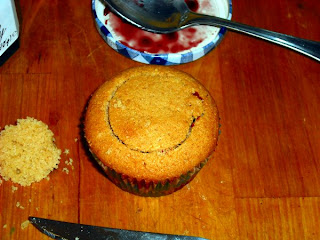 Once they are all filled.... 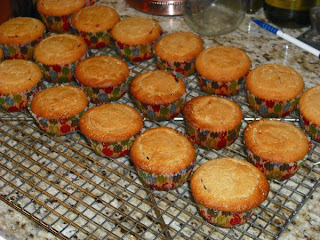 Place frosting in a pastry bag with your favorite tip and pipe frosting over the top of the cupcake. 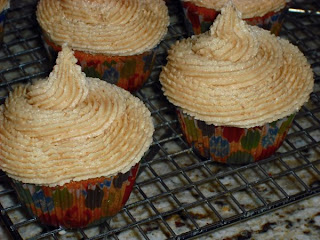 Because I chose to use SO much frosting, I had to make a second batch to finish the cupcakes... oops.

Just what the doctor ordered!! Rich and Peanut Buttery. Surprisingly, the texture was much lighter than I thought it would be, but it was extremely moist and delicious with that wonderful zing of black currant jelly... Mmm Peanut Butter & Jelly Sandwich Cupcakes...

Alright, I think I need you and Dani to help me come up with cooler post titles! I feel so lame! LOL

PB&J cupcakes are too cool! I bet kids would LOVE this!

Oh man!! Not only will kids love it...but us gown-up kids too!!! I love pb&j!!! how fun is that? Although I would never be able to get the frosting all pretty like that...(if it even made it from the bowl, past my mouth (insert shock face))