Pizza With a Peel

OK, so here is the deal... My friends (Parents of my Godson) from Redondo Beach and I are all meeting in Palm Springs to visit our mutual friend Andy. Since my Godson will be there, it is time for me to dust off the Peel & Stone (they're not REALLY dusty, just a figure of speech) and throw together a big old batch of Pizza Dough to drag with me...

For it will be a Pizzafest... I use Larry's dough recipe, with a couple of modifications. Larry is a pizza guru, you should check out his vlog (The Coldhitz Vlog), it's awesome!

My main alteration, is to replace 2 cups of the AP Flour with Bread Flour, or "hard" flour. I like the "chew" that is produced by the higher gluten content. I also like to place my dough in the refrigerator for 24-36 hours to slow rise. I feel this makes a more flavorful dough. It's just a personal preference... Everything else is subject to change, and usually does... Like the Sicilian Olive oil, 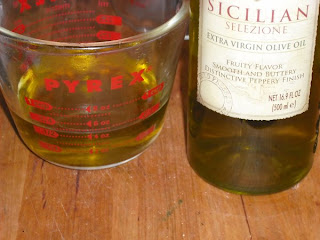 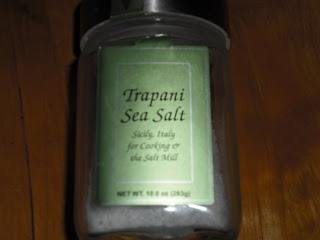 or the San Pellegrino Mineral Water (I used 1 cup along with 1 cup of plain water). 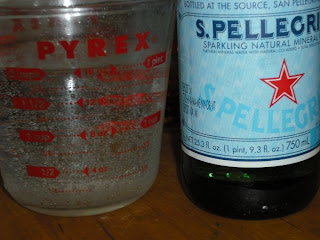 These were lying around so I thought, Hey, What the heck.... I have used them before, but they are not necessary for great crust. Especially the Trapani Sea salt. If I had not found it in the food section at a TJ Max, for dirt cheap, I would have , and normally do, used Kosher salt.

But enough chit chat out of me... I need to hop in the car this morning and head out... :) 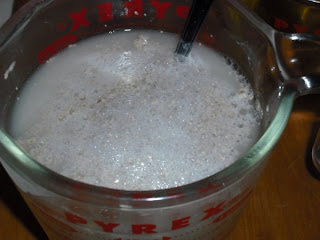 Whisk flours and salt together in a medium bowl. 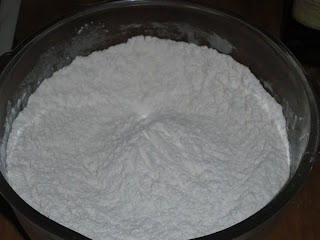 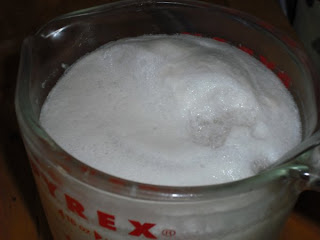 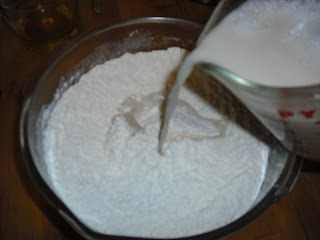 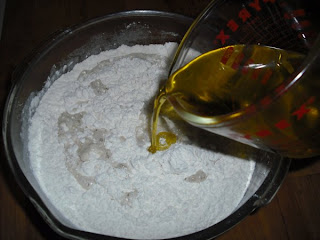 and stir with a fork until a soft dough is formed. 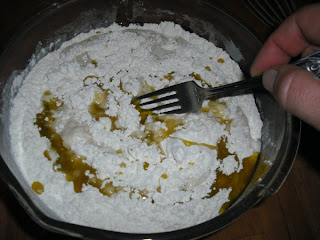 Most likely it will look like this, my forks are thin, so I have to get my hands all in it. 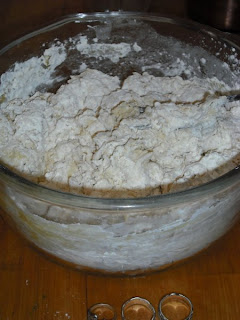 Turn out onto a lightly floured board and knead until a silken elastic dough is formed.
This is a pretty soft dough, so you don't need a lot of force, just fold it towards you, 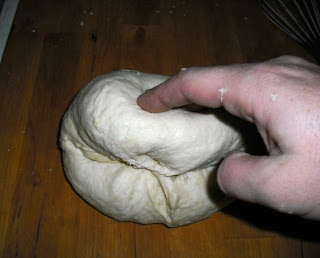 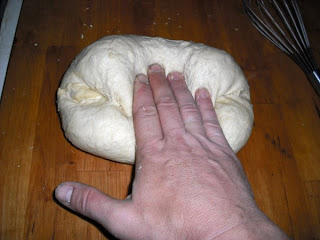 Give it a turn to the left, 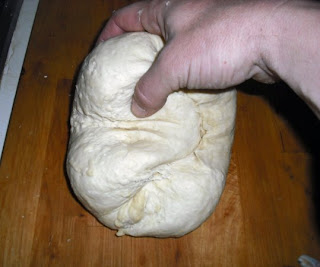 Fold and push away. 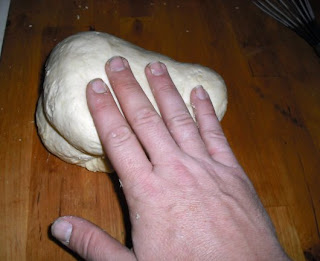 It takes about 10 minutes, then simply form it into a ball and rub it with some oil. 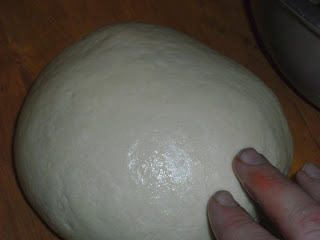 Lubricate a bowl with olive oil as well, 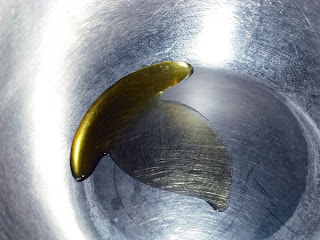 add the dough ball and turn to coat.

Cover dough ball with plastic wrap (on the surface) 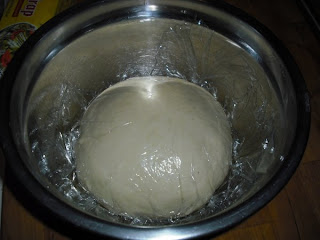 Cover the bowl with foil and refrigerate for 24 hours. 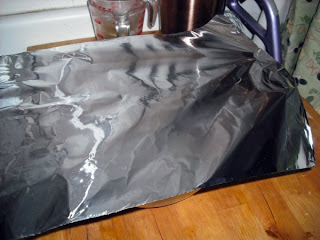 This is what it will look like in about 12 hours 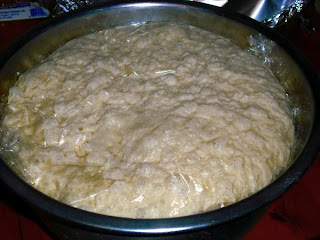 Because I doubled the batch, there should be enough dough for 8 pizzas.

I will post all the finished pizzas tomorrow after I return from Palm Springs...

Sounds like a good time...and I can't wait to see the pizzas; just the dough has set my tummy a-growlin'.

That reminds me I haven't made pizza for ages, we've been ordering too often lately.
Have fun! Can't wait to see the pictures

Ah, I love homemade pizzas! (of course you know that) Can't wait to see them, you always make them waaaay purtier than mine!

Im gonna have to try that slow rise pizze dough. Which reminds me..I have some in the freezer that needs to be used really soon!!