This recipe has been re-vamped without the use of a Béchamel base.... Please see modified recipe here - A Little Creole Soul - Penne y Formaggio alla Nawlens


MMMMMMMMMM Spicy-Cheesy... That's all I gotta say... Inspired by the delicious Macaroni and Cheese from The New Orleans Creole Cafe in San Diego's Old Town. This is my spin on it, granted, the Creole Cafe's offering is a creamy mac & cheese spiked with andouille (ahn-DWEE, not an-DEW-ee), but I love that crunchy cheesy topping, so I use Panko and more cheese, then bake it in the oven.
I used 7 this time, cause I was playing around (and cleaning out the fridge) ;) -- but the Fontina and the Raclette can be replaced by Jarlsberg, Gruyere or Cheddar very easily. 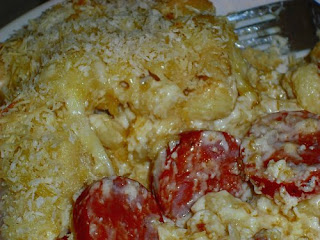 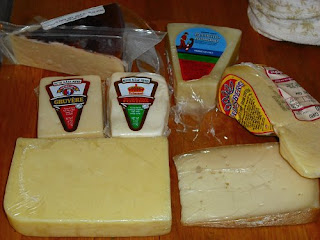 Set a large pot of water on the stove and bring to a boil.
Meanwhile, grate all the cheeses together in a bowl, but keep the Pecorino Romano separated from the others. 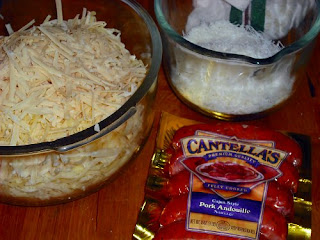 Salt the boiling water and cook the pasta for 1/2 the time listed on the package. 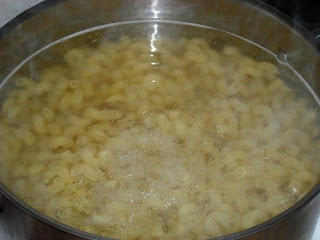 While the pasta is cooking, in a separate pot, melt the butter.
Whisk in the Flour, Mustard and Cayenne, keeping it moving for about five minutes or until the flour begins to smell nutty. 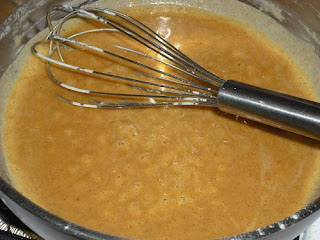 Add onion to the roux along with the smoked paprika and cook 1 minute longer. 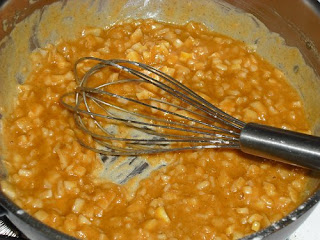 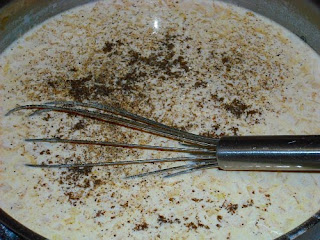 Simmer for ten minutes.
Beat the eggs in a small bowl, then temper them with the hot sauce before adding them to the mixture. 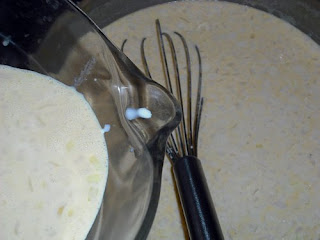 Stir in 3/4 of the cheese mixture and 2 oz of the Pecorino Romano. 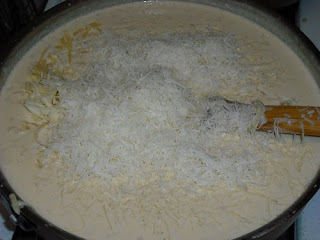 Season with salt and pepper.
Slice the Andouille and stir it to the mixture. 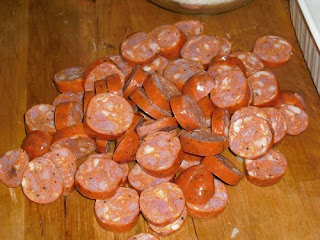 Fold the cavatappi into the mix and pour into a 4-quart casserole dish. 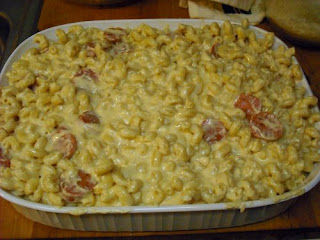 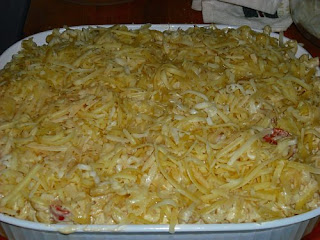 Top the macaroni with the Panko and sprinkle with the remaining 2 oz of Pecorino Romano. 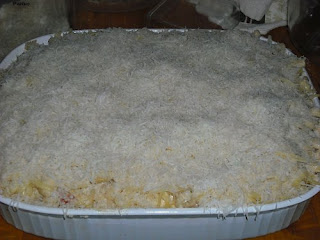 Bake for 30 minutes, or until golden brown. 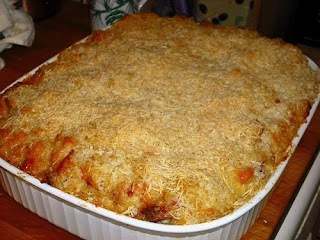 Remove from oven and rest for five minutes before serving.

welcome back to blogging, i missed reading your posts.
That looks incredibly rich

oooh.....this is like a fancy version of mac n cheese with hot dogs cut up in it. I want some. hmmm...this would be good for my bbq this weekend (haven't decided what to make yet). yummm

Wowza...that is a sh*tload of cheese...I want some!! Looks like some seriously delicious eats :D

So much cheese, it's indecent... but so sinfully good!! Can't you pack some and send it my way?? lol

Oh my goodness! You have so many awesome variations of mac and cheese! I need to stop using the blue box and make me some real stuff!

This is one of my favorite comfort foods. As always Shane out does himself . It was delicious !!