Summer Days Drifting Away, But Oh... the Potato Salad

Nothin' tastes better, on those hot Summer days, when the grill is fired up, than the cool creaminess of potato salad. It's just summer incarnate. Sadly, yesterday was the last day of summer and, much to my chagrin, I realized that I have not made a single potato salad. How was this possible? I have absolutely NO idea. It must have something to do with Mercury being in retrograde or some other cosmic force that has kept me from realizing, and making, this harbinger of "fun in the sun". So I decide that it was time, even though it is technically Autumn now, to whip up my favorite potato salad.

I really DO love this salad... The Vons/Safeway deli use to carry something similar. In fact, when I came up with this, I was originally trying to duplicate their recipe, cause it had been discontinued. Caution.... If you don't like dill, you ain't gonna like this, cause it's gotta lotta dill in it. You might even say, it's a "dilly" of a potato salad. HAR D HAR HAR... 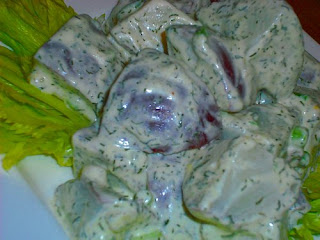 Cut potatoes into bite sized pieces and cook until tender. 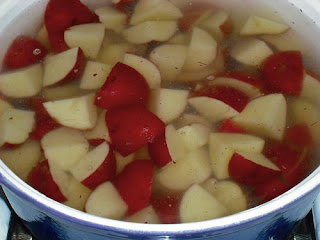 Drain and chill before continuing. 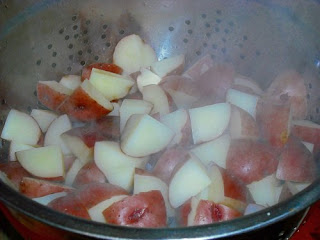 Make Aioli while potatoes are chilling. (which I actually did yesterday) 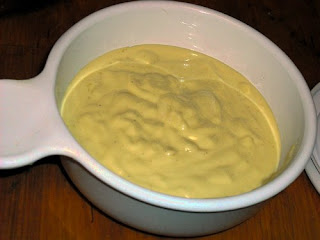 Mince onion and toss with potatoes, dill and olive oil. 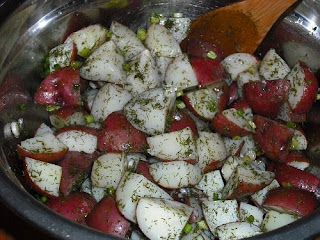 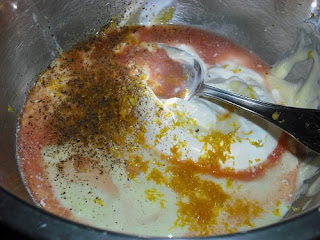 Pour over potato mixture and toss. 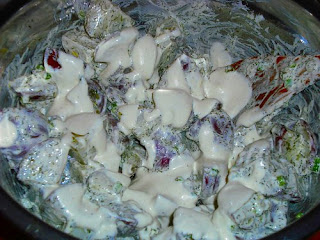 Chill 4 hours then devour directly from the bowl with a BIG spoon. ;) 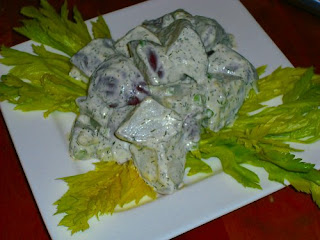 Heh, my girlfriend and me have been known to stand across the counter from each other eating potato salad straight from the big bowl I chilled it in and calling it lunch. Good times.

My family will NOT let me get away with only making potato in the summer! We enjoy dilled potato salad the most. My family also likes German potato salad. Your recipe looks so good. I have been trying to use fat free Greek Yogurt to replace more fattening ingredients, your recipe sounds great. I will definitely be giving it a try.

I never liked dill until recently. That looks delicious!

oh yum! I love dill. I love the smell and the taste. and I think red potatoes are my favorite kind. this looks great!

I'm completely with you. There are few (if any) foods more comforting than homemade potato salad. And I love dill. This looks great :D